Find a Hotel Tonight in
Oregon

Where to stay in Oregon

What Guests are Saying About Oregon 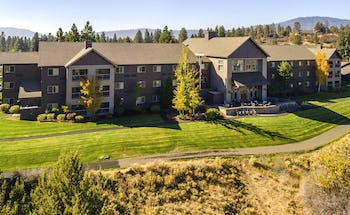 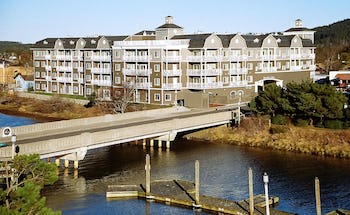 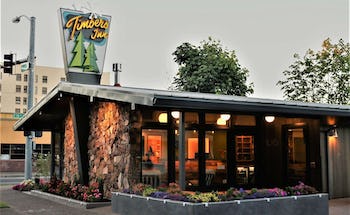 1015 Pearl Street, Eugene
96%
liked it
(
99 Ratings
)
guy at the front desk when we checked in was the nicest and super helpful! room was comfortable, updated, perfect. not complaints. 👍
Jamie B.

People who haven't spent much time in Oregon tend to think of Portland, Eugene, perhaps Crater Lake and not much else. The truth of the matter is that there is so much happening in this enormous state that you would need some time to be able to experience even most of it. I recently got the chance to do some traveling in Oregon, but I needed to get some things organized quickly before I could actually make the trip. I figured that the biggest challenge would be finding a hotel room in Oregon, but that wasn't the case after I found an app called HotelTonight. I used it to find an Oregon hotel room in a matter of minutes. I was thrilled about that and just as excited about the fact that I really didn't need a set itinerary for lodging. As long as I wound up somewhere near a hotel that worked with HotelTonight, I could get something reserved at the last minute.

I had been to Oregon before, but I hadn't seen a lot of it as I was there for work. I really wanted to learn a bit more about what life was actually like in Oregon, and I thought that an interesting way to travel would be to look up some interesting facts about the state that most people are not aware of unless they live there. I found quite a bit of information, and I was all set to base my wanderings on some of those facts that surprised me.

Oregon Is Home to the Deepest Lake in the United States

Almost everyone has seen pictures of Crater Lake in Oregon. It is stunningly beautiful, and I can say that based on experience after finally seeing it for myself. It's actually fresh water that pooled in the remnants of a volcano that exploded eons ago, and it runs almost 2,000 feet deep. That makes it the deepest lake in the United States, deeper than even the Great Lakes. It's also well worth the effort to visit.

Oregon Is the Land of Llamas

There are more than 75,000 llamas in the United States, and the population of the species has exploded over the past 30 years. Their wool is sought-after by clothing makers of all types, and chances are you've either worn something or cuddled under something made of llama at some point in your life. If so, you probably enjoyed the warmth supplied by a llama from Oregon, as more than 25 percent of the total population lives here.

Oregon Is the Capital of Ghost Towns

When people think of ghost towns, they tend to think of movies about the wild west and states such as California, Nevada, New Mexico or others. Few people realize that no state is home to more ghost towns than Oregon. There is actually a national register for ghost towns, and approximately 80 of them are here. I made sure to see a few of them, and while they are interesting they also give you a weird feeling while you're there that you have to experience for yourself to understand.

One thing that I realized when I got to Oregon was that I needed to break myself of a habit that almost everyone has – without thinking, I got out to pump my own gas when I needed some for my rental car. It didn't take more than a few seconds to be reminded that other than New Jersey, Oregon is the only place in the United States where it's a rule that a gas station attendant pumps your gas for you. It's against the law to do otherwise.

Oregon Is Home to "The Simpsons"

While it's never officially stated in the legendary television show, The Simpsons is based on Springfield, Oregon, which is right next to Eugene. One of the creators all but admitted it once, but if you spend time in Springfield as I did since I am a lover of the show, you'll find references and other things around town that are obviously inspired by the series – or vice versa in some cases.

Oregon Is Home to "The Shining" Movie

Anyone who enjoys horror movies has no doubt seen "The Shining" at some point in their lives. It was originally a novel by Stephen King, but it was made into an iconic movie. Much of the movie was shot in a hotel called the Overlook Hotel. The exterior shots of that fictional hotel were the Timberlake Lodge on Mount Hood. This is just another reason to go and see this beautiful place.

HotelTonight – Oregon Hotels on Your Trip

I really enjoyed my time in Oregon, seeing some of the things that I saw. Aside from the items listed above, I also spent a lot of time in Portland, Eugene, Salem and, of course, on the gorgeous Oregon coast, as there's nothing like that in the United States. I did all of this with the help of HotelTonight. I found my initial Oregon hotel room with the app, and I kept using it as I traveled, as it helped me find lodging for that night. I look forward to taking trips like this again in the future, and I will do so with the help of HotelTonight.

How many hotels are in Oregon?

There are 559 hotels in Oregon available from Hotel Tonight.

What are the best areas to stay in Oregon?

Some of the top areas in Oregon to stay are:
Medford
Woodburn
Wilsonville

What are most popular hotels in Oregon?

What are the best hotels in Oregon?

How much is a hotel room in Oregon?

In the last 30 days, HotelTonight prices in Oregon have been as low as $60, though the average room costs closer to $162.98 per night.

What is the cheapest time to go to Oregon?

Our hotels prices have varied throughout the year from $107.1 to $172.74 On average, we've seen the cheapest room prices in January

Which hotels in Oregon have a pool?

There are 194 hotels with pools in Oregon. Some of them are:
Aloft Portland Airport at Cascade Station
Courtyard Convention Center
• 84% of HT bookers liked it
Residence Inn by Marriott Lake Oswego