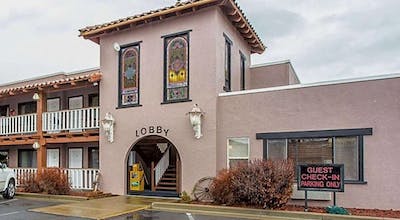 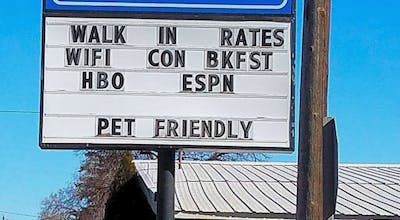 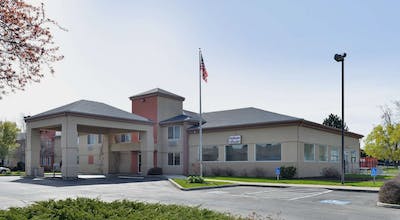 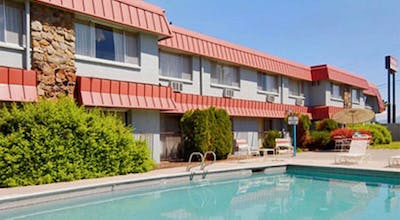 People who haven't spent time in Oregon tend to think that it's a relatively small place consisting of Portland, Eugene, Crater Lake and some mountains. While all of those places and things are in Oregon, there is so much more to this gorgeous state that it's impossible to list everything in one place. The eastern portion of the state is a vast expanse of beautiful, open land, and ranchers and many others who want to live a quieter pace of life tend to settle there. I've been driving through Oregon for work for years, and one day my vehicle encountered some trouble while I was out in this eastern part of the state. I was near Baker City, so I had my car towed there. I was told that it would take 24 hours to get back on the road, so I figured I'd make the most of it. I'd use those 24 hours to explore this small community. I needed a place to stay, so I opened my HotelTonight app and booked a Baker City hotel room in seconds. With that taken care of, I set out to see what there was to see.

With Oregon situated in the Pacific Northwest, many people assume that the entire state sits in that sort of wet, gray climate where it rains nearly all winter and never gets too warm or cold. Baker City is much different. It sits in the high desert area of Oregon, far away from the Pacific Coast. As such, the weather features warm summers, cool and sometimes cold winters and cool nights. I was there in the late summer, and it was quite warm that day, but the sun was extremely pleasant and there was a nice breeze blowing.

Baker City is not a large community, as fewer than 10,000 people live there on a full-time basis. There are many positive aspects to a community of this size, and one of them is that you can usually see them while traveling on foot. The powers-that-be in Baker City have made it that much easier with the Leo Adler Memorial Parkway, a paved path that runs for two miles along the Powder River and all the way through town. It was a great way to get a look at the city and some of the nature that surrounds it.

After all that walking, I was ready to get some down-home, local food for dinner. A lady on the parkway told me about a pub that had been serving locals for years, so I made my way over there. Inside, it was as if I had walked into a saloon from the Old West. They served their own beers, which were delicious, and their hamburgers were gigantic. The fries that came with it were cut just right and nice and crispy. I enjoyed my dinner while talking to a few other patrons. It was a pleasurable experience.

After such a nice dinner, I was ready to get some rest. My vehicle would be ready in the morning, so I walked over to my Baker City, Oregon hotel room for a shower and a night of deep sleep. No one likes car trouble, but in a way I'm glad it gave me a chance to see this hidden gem of a place.

How many hotels are in Baker City?

There are 5 hotels in Baker City available from Hotel Tonight.

What are most popular hotels in Baker City?

Among our most booked hotels in Baker City are:
Super 8 By Wyndham Baker City
• 86% of HT bookers liked it
Rodeway Inn Baker City
Geiser Grand Hotel

What are the best hotels in Baker City?

How much is a hotel room in Baker City?

What is the cheapest time to go to Baker City?

Our hotels prices have varied throughout the year from $71.47 to $108.86 On average, we've seen the cheapest room prices in May

Which hotels in Baker City have a pool?

There are 2 hotels with pools in Baker City. Some of them are:
Knights Inn Baker City
Super 8 By Wyndham Baker City
• 86% of HT bookers liked it