Find a Hotel Tonight in
Redmond 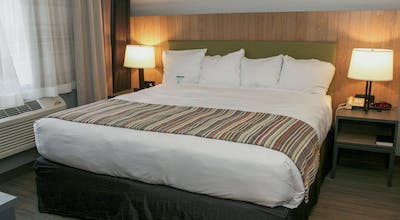 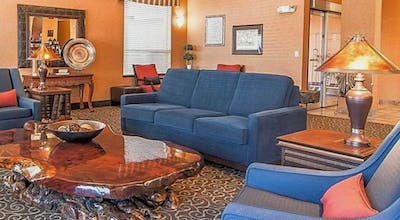 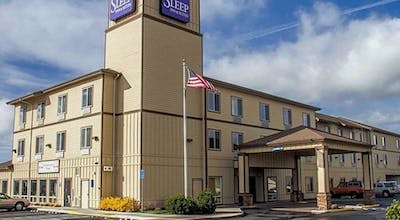 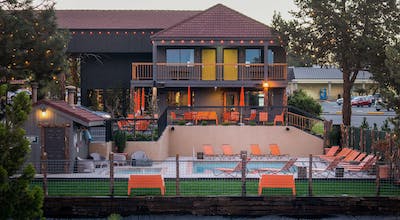 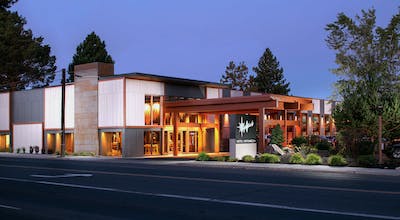 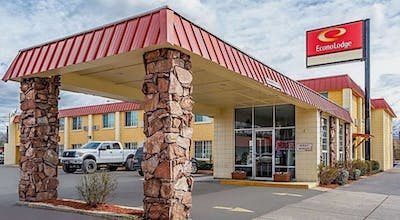 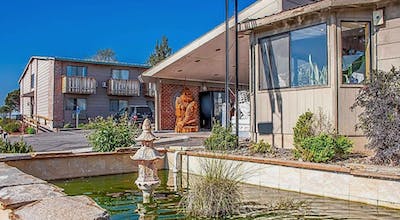 What Guests are Saying About Redmond 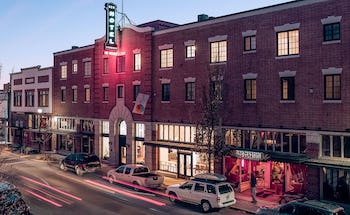 521 SW 6th St, Redmond
98%
liked it
(
114 Ratings
)
Everything about our stay was perfect. From the checkin, to the doggie goodie bag to the cleanliness and comfort of the room. Sheets and pillows, top notch. We will always pick this quaint little hote... Show More
Kelli B.

Before I ever experienced Oregon, I always thought of it as a misty, somewhat gray, rainy but beautiful place to visit and live. While there's certainly a lot of that in Oregon, that's hardly an apt description for the weather and landscape of the entire state. I learned that over the years, but it was only recently that I got to see firsthand that there is actually an entire portion of Oregon that's basically desert. When you get to the east of the Cascade Mountains, you're in high desert country and looking at a scene that's totally different from the biggest population centers in the state. On my last business trip there, I had a day of meetings cancel and found myself with 24 hours to kill. I didn't want to just head to my destination and wait for 24 hours; I wanted to see something new. I decided I'd make a beeline to a place called Redmond. I wasn't worried at all about finding a place to stay, as I always travel with my HotelTonight app. I'd book a Redmond, Oregon hotel room as soon as I was ready to call it a night.

I pulled immediately into downtown Redmond when I got into town, and I thought I had traveled back in time – in a good way, of course. What I saw was an old-time center of a small town, as about 27,000 people live in Redmond. I stopped in a coffee shop and struck up a conversation with a local. As it turns out, a lot of downtown is relatively new. For the past 20 years, the city has been investing heavily in infrastructure and in the facades of many of the buildings. I liked what I saw, as what they were doing was preserving the look that was already there.

One of the best ways to get to know the terrain of an area – and as a result how people tend to live – is by going on a hike through it. Fortunately for me, Redmond had a lot of trails available for use, and I jumped on one loop that took me through some pretty rocky areas. It was beautiful, the views from above were stunning and the people I spoke to while out there were almost exclusively local. I spent a couple of hours enjoying the view before heading back to town.

It seems that Mexican food is popular here. I say that because I saw several Mexican restaurants, and it got me thinking of a nice dinner in one of them. I asked around and one of the people I spoke to mentioned the one that she liked best. For some reason, this place had ossobuco, and I ordered it. It was about six inches tall and buried in juice. It was also delicious. I ate hungrily, and the mushrooms that were sprinkled around it only added to the flavor. It was a great meal.

I was extremely full and quite happy that I had seen the high desert portion of Oregon. I was also tired, so I opened my HotelTonight app and booked a Redmond, Oregon hotel room in less than a minute. It was blocks away, and I was already looking forward to my dreams.

How many hotels are in Redmond?

There are 9 hotels in Redmond available from Hotel Tonight.

What are most popular hotels in Redmond?

Among our most booked hotels in Redmond are:
SCP Redmond Hotel
• 100% of HT bookers liked it
Country Inn & Suites by Radisson, Prineville, OR
Super 8 by Wyndham Redmond

What are the best hotels in Redmond?

Some of the top rated HotelTonight hotels in Redmond are:
SCP Redmond Hotel
• 100% of HT bookers liked it
Country Inn & Suites by Radisson, Prineville, OR
Redmond Inn

How much is a hotel room in Redmond?

What is the cheapest time to go to Redmond?

Our hotels prices have varied throughout the year from $103.99 to $227.26 On average, we've seen the cheapest room prices in January

Which hotels in Redmond have a pool?

There are 3 hotels with pools in Redmond. Some of them are:
Best Western Plus Rama Inn
Country Inn & Suites by Radisson, Prineville, OR
Super 8 by Wyndham Redmond