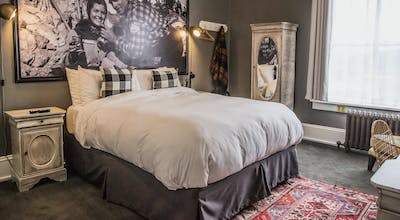 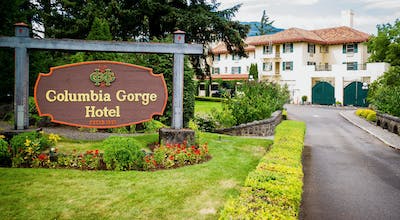 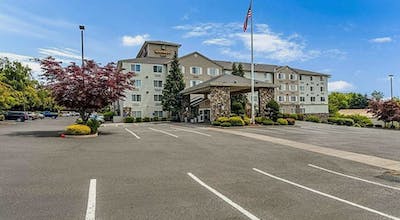 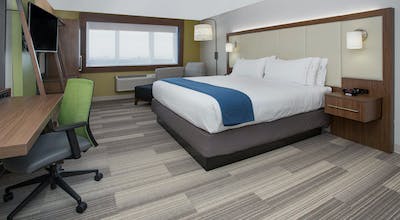 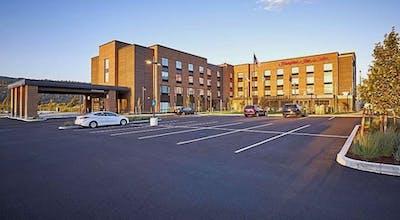 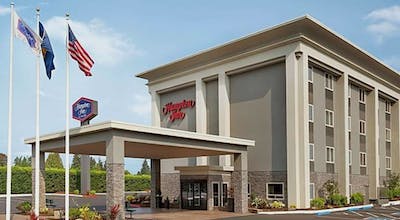 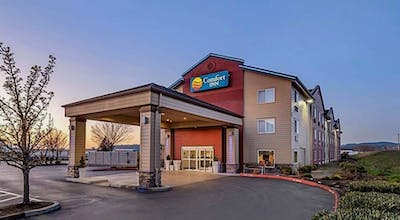 In Oregon, you get a bit of everything, depending on what you want to see and experience. If you want to enjoy a slice of life in a modern, cosmopolitan city, you can do so in Portland. If you want to spend time in a classic college town, Eugene is just down Interstate 5 from there. If you're a frontier lover, simply head to the eastern part of the state. Seaside towns are also plentiful. I enjoy all of these settings, but I've always been a lover of mountain communities. I've been skiing and hiking in mountains since I was a child, so anytime I got the opportunity to see such a place I always took advantage. I had been to Oregon many times for work, but never had time to get into the upper elevations. On my last trip, I wound up with an extra 24 hours to go explore somewhere new as opposed to sitting in Portland for an extra day. I wanted to get into the mountains. I decided to explore a place called Government Camp. I wasn't worried about finding a Government Camp hotel room, as my HotelTonight app would take care of that when it was time.

As soon as I pulled into Government Camp on Mount Hood, I knew I had found a mountain town like no other. The first thing I noticed was how small it was. Fewer than 200 people live here full-time, but it's also a ski town that welcomes a lot of visitors for that season. I was there in the summer, so I spent a bit of time checking out the local shops and talking to people. This was a happy, homey and familiar place where everyone knew each other, and everyone welcomed those who came into town.

Since it was the middle of the summer and skiing wasn't really an option, I decided to do what people do in mountain towns in the summer, which was hike around the area. Government Camp sits near Mount Hood National Forest, so I was close to some of the best hiking in the world, or so I was told. After I got out onto one of the trails, I decided that the person who said this may have been correct. The views were unbelievable, as I saw all sorts of mountain peaks in the distance and the green valleys below.

There were a surprising number of restaurants in Government Camp for such a small community. I was told about one that served some really good pizza, so I was good with that idea. The place was – not surprisingly – designed like a ski lodge, and they had all sorts of Oregon beers on tap. I ordered one and a pizza, and I was quite impressed with the quality of ingredients and crunchy, thin crust. I sat and ate and talked to some people there, enjoying my evening.

I was quite full and tired from the exercise during the day. I was ready to sleep but needed a place to do so. I opened my HotelTonight app and booked a Gold Beach, Oregon hotel room in seconds. I think I fell asleep before the lights were completely out, but I was thrilled to have seen another lovely mountain town.

How many hotels are in Government Camp?

There are 2 hotels in Government Camp available from Hotel Tonight.

What are most popular hotels in Government Camp?

Among our most booked hotels in Government Camp are:
Best Western Mt. Hood Inn
Timberline Lodge

What are the best hotels in Government Camp?

How much is a hotel room in Government Camp?

In the last 30 days, HotelTonight prices in Government Camp have been as low as $189.73, though the average room costs closer to $189.73 per night.

What is the cheapest time to go to Government Camp?

Our hotels prices have varied throughout the year from $169.6 to $219.33 On average, we've seen the cheapest room prices in April

Which hotels in Government Camp have a pool?

There are 1 hotels with pools in Government Camp. Some of them are:
Timberline Lodge