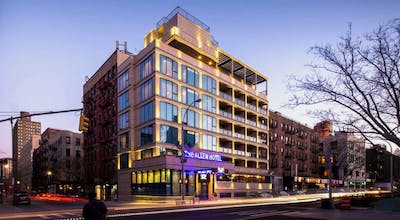 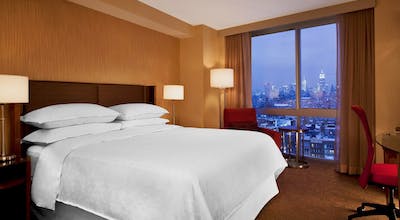 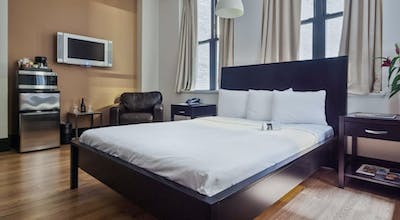 There is something about Brooklyn that I've always found appealing, but I've never really been able to articulate it. What I knew was that whenever I was in New York for business, I usually had meetings in Manhattan. Regardless, I would usually find a way to at least enjoy a meal in Brooklyn, as it is my favorite borough to visit. To me, Brooklyn is just more quintessential New York than anywhere else in the area, and that's how I like to experience a location. I want to experience what life is like in a place before I feel like I actually know it. On my last work trip to New York, I decided to stay for an entire extra day. I wanted to spend 24 hours in downtown Brooklyn to see what it was all about for myself. I had been there for small visits, but never for much more than an hour or two. I wasn't concerned about lodging, either, as I always travel with my HotelTonight app. I would be able to find a downtown Brooklyn hotel room in seconds as soon as I needed one.

For generations, downtown Brooklyn was modeled after many of the other downtown areas of large cities. The city government buildings were there, as were quite a few office buildings. However, in recent years there has been a lot of investment in Brooklyn in general and in the downtown area specifically. There are apartment buildings there now where there were none before. Quite a few old commercial buildings are now residential buildings, and people of all ages and backgrounds are moving in to live downtown. It's a relatively new phenomenon, but it's one that's extremely interesting to witness.

Given the amount of redevelopment that's happening in downtown Brooklyn, it should come as no surprise that the architecture there is quite mixed. I took a lot of photos of some beautiful old apartment and commercial buildings that had to have been built before World War II. These days, they share blocks with ultra-modern glass skyscrapers that house thousands of apartment units. It's the classic old meets new situation, but at this point it looks as though the builders are pulling it off quite smoothly. Everything seems to fit together in one scheme despite the fact that the area has been built in stages.

As the demographics of downtown Brooklyn change, so does the restaurant scene. Despite that fact, I wanted some New York pizza for dinner. I found a place that served it and that had served it for generations. The decor was pretty drab, but the old tablecloths and green walls didn't stop me from stuffing my face with delicious pepperoni pizza until well past the time I should have given up. It was a delicious feast.

After such a feast, I needed to get some sleep. I opened my HotelTonight app and spent a few seconds booking a downtown Brooklyn hotel room – that's all it took. I made my way towards my room, ready to rest and relax after a fun day.