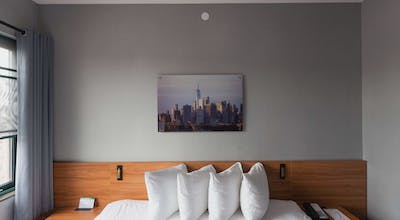 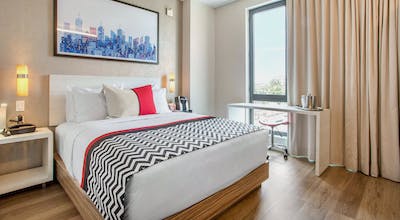 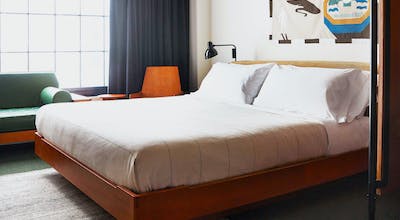 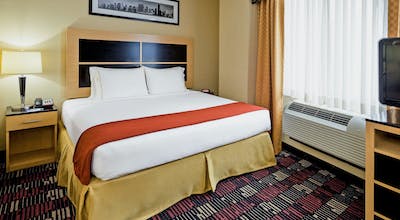 New York City is not only one of the biggest and most cosmopolitan cities in the world, it mirrors the human race in general because it's constantly growing and changing with the times. I recently spent some time looking through some photo essays of New York from the 1960's and 1970's, and I was stunned at how different it looked then compared to now. I did this because I've been exploring the Big Apple for years now, as it's a place that has always fascinated me. How could a city get so big? How does a place become so central to the world's culture, business community and the like? I wanted to answer this question by exploring one neighborhood at a time, as the neighborhoods of New York are what make up the fiber of the city. I wanted to see how quickly things were changing on the neighborhood level. On my last trip, I decided to spend 24 hours in the Bay Ridge neighborhood of Brooklyn. I wasn't worried about finding lodging. I travel with HotelTonight, and this is an app that would certainly find me a Bay Ridge Brooklyn hotel room in seconds.

As soon as I started walking around Bay Ridge, I immediately began to think of those photo essays that I had seen. This is a neighborhood that doesn't look like it has changed much at all in recent years, and I mean that in a positive way. The businesses you see along the streets are mostly small and family-owned, and the people who live here seem to know each other quite well. I saw children playing in the streets as you'd see in older movies and neighbors watching each other's kids. It was quite unexpected to see this.

There are certain neighborhoods out there that are largely defined by a landmark. It feels as though Bay Ridge is defined by the iconic Verrazano Bridge. The bridge looms directly over the community as a sort of protective structure. You can see it from just about anywhere in Bay Ridge and there is a park that provides you with spectacular views of it as it stretches out over the water and into the neighborhood. It's the quintessential New York scene, as it's big infrastructure serving an old-school neighborhood as it's done for generations.

You'll find a lot of different ethnic options when you're looking for a place for dinner in Bay Ridge. For whatever reason, I felt like having a pizza. Someone told me about a place that had been serving it for decades, so I gave it a shot. It was a good call. The pizza is served on an aluminum sheet right on your table. The crust is thin and the sauce is delicious. They don't skimp on the cheese or toppings, either, and I ate most of it happily.

I was full and tired after a fun day of exploring. It was time to rest. I pulled out my phone and opened my HotelTonight app. It found me Bay Ridge Brooklyn hotel rooms instantly, so I chose one and booked it. I looked forward to a big night of sleep.