Where to stay in New York 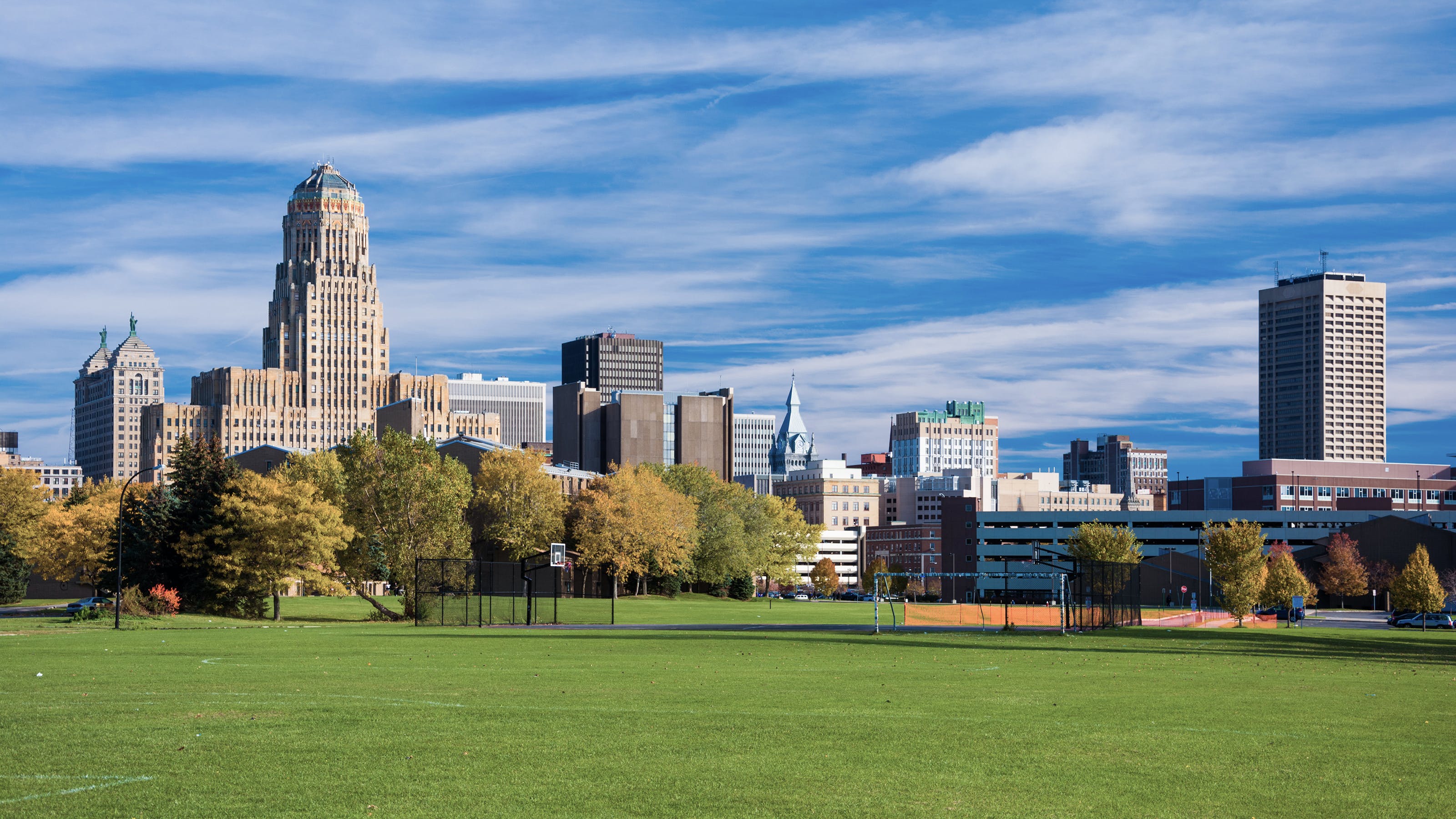 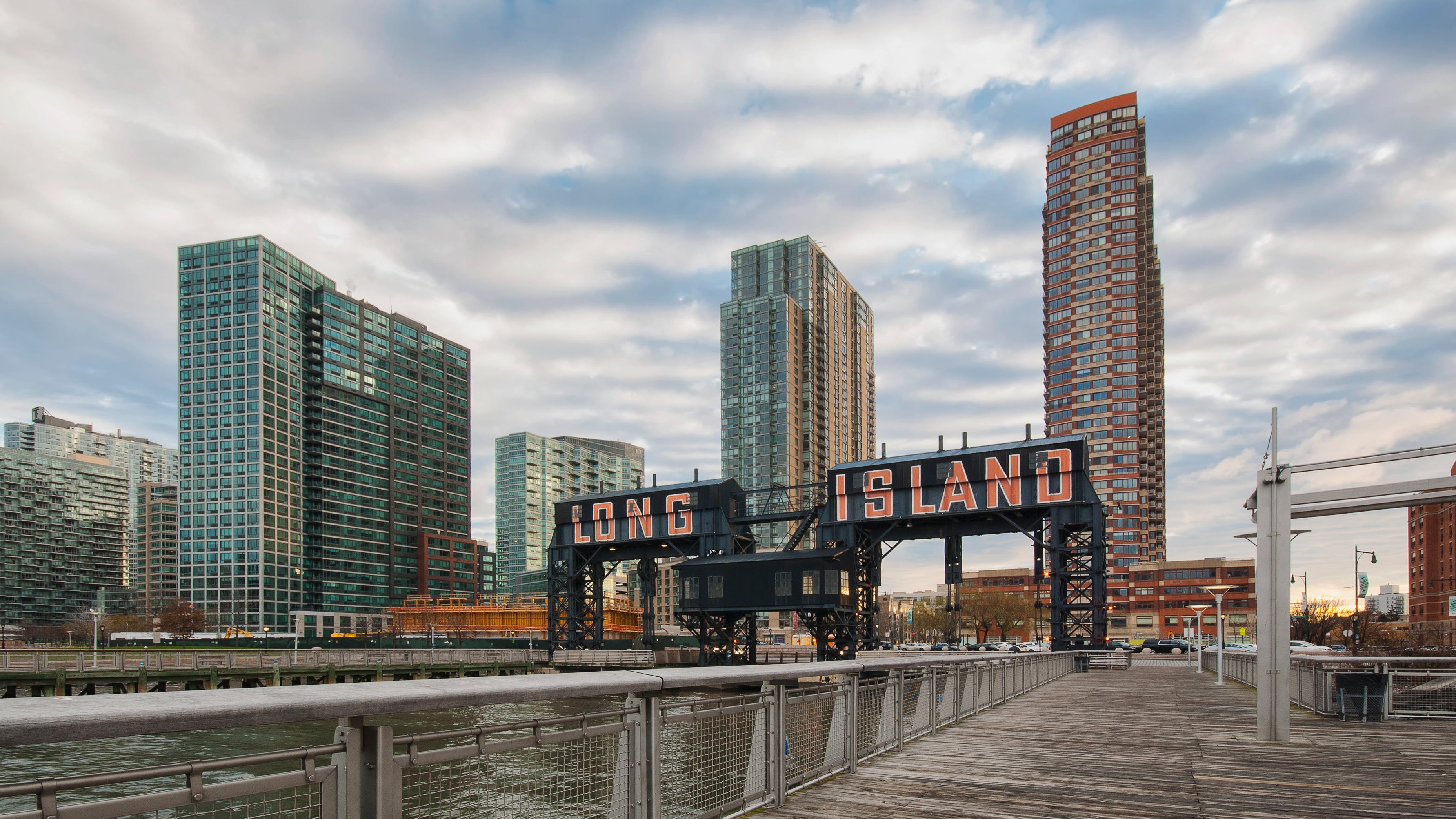 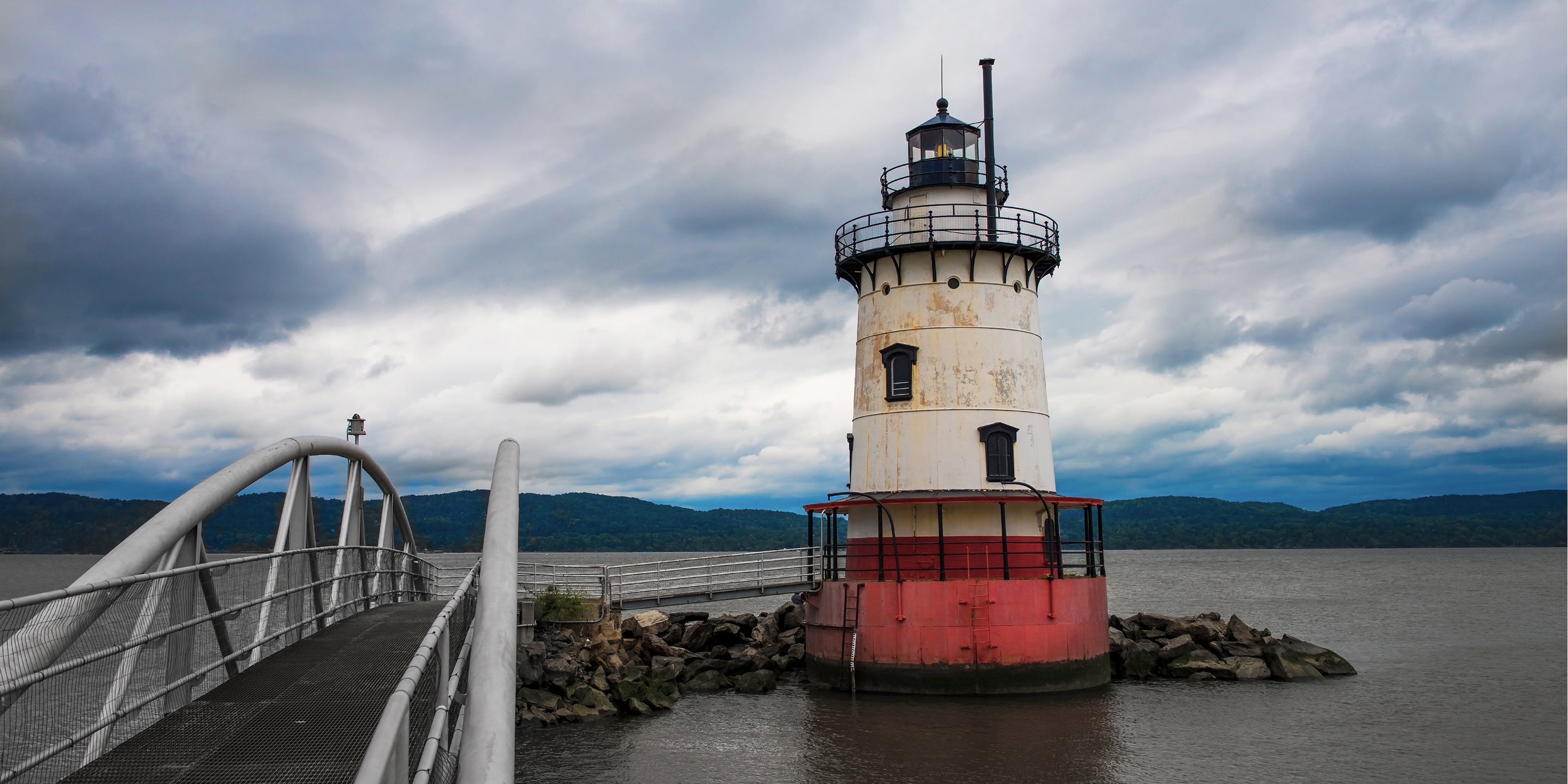 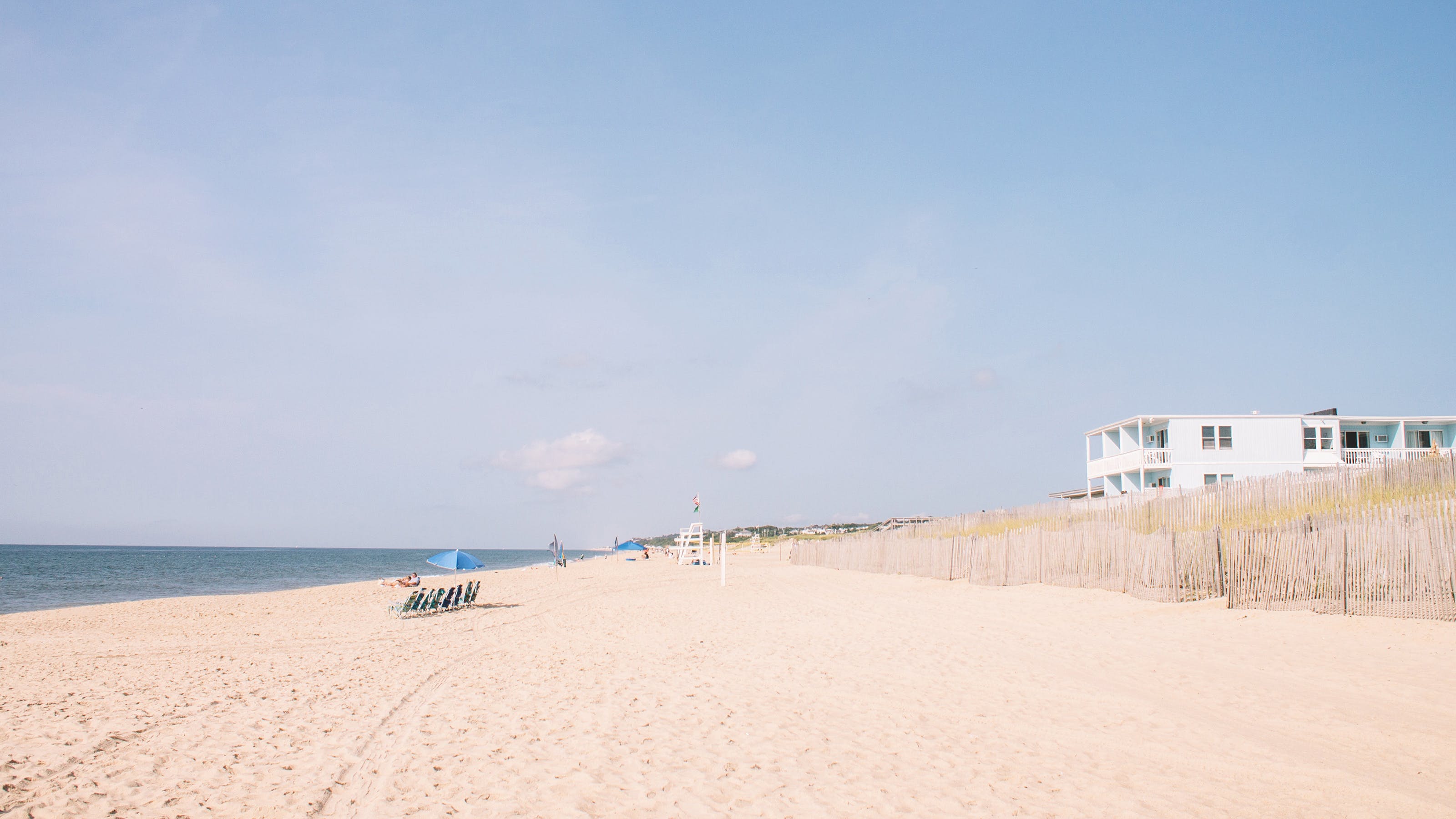 What Guests are Saying About New York 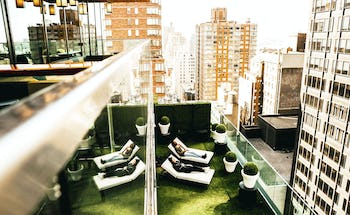 218 West 50th Street, New York
93%
liked it
&nbsp; (
1,381 Ratings
)
This is my go to hotel at this point. Great service, phenomenal drinks and perfectly size compact rooms. Your basically in TimesSquare around the corner. Please go to this place, you won’t regret. Get... Show More
Marshall C. 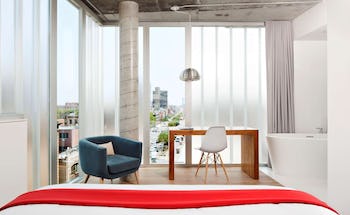 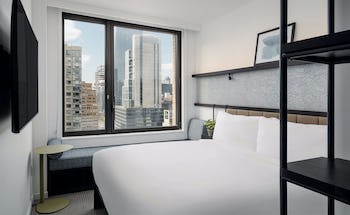 351 W 38th st, New York
96%
liked it
&nbsp; (
359 Ratings
)
This was a great experience. Very cool vibe in the hotel. Location in the middle of everything. Very, very clean room with new fixtures. Highly recommend for the city if you are going to be out and... Show More
Allison C.

A lot of people don't really stop to consider the fact that there is an entire state outside of New York City. New York State is enormous, beautiful and extremely diverse in terms of what you can do and experience. I know this because I recently returned from a trip to the Empire State. I was overdue for a vacation, and lately I've been picking a state that I did not know much about and exploring it for a few days at a time. I don't worry about schedules or itineraries when I'm there. Instead, I just wander and let the road take me where it's going to take me. That's how I got to know a lot more about New York than I had known previously. The only resource I made sure to have at my disposal was one that allowed me to find a New York hotel room at the last minute if I needed one.

I took care of that need quickly and easily. I grabbed my phone and searched for an app that helps people find lodging with little or no notice. I found an app called HotelTonight and downloaded it. Within a couple of minutes, it was ready and I had signed up for an account. I searched for New York hotels and was impressed with the wide selection available. Knowing I was flying into New York City, I picked a hotel there for the first night. Within a few taps and swipes, I had my room booked. I felt a lot better about my hotel prospects now that I would have HotelTonight with me. All I needed to do at that point was some research on the state to see if there was anything I simply had to experience while there.

You can't experience New York State without spending some time in New York City for obvious reasons. I had been here several times and seen all of the typical things that tourists see, and I had always had a great time in the Big Apple. This time, I wanted to experience something different, so I went to Governor's Island. Yes, the former military base has a new park that is enormous and beautiful. It also has something called Outlook Hill. If you climb to the top, you can see the entire city in all 360 degrees of its glory. It was breathtaking.

When you venture outside of the city, you see an entire world of beauty. I went straight to Lake Placid, which is an otherwise small community of approximately 2,500 people. Most towns of that size have not ever really been the site of anything overly historic even once, let alone twice. Lake Placid, however, has hosted the Winter Olympics twice, in 1932 and in 1980. It is a gorgeous community in the Adirondack Mountains and well worth your time to go and see for yourself.

New York and the Wizard of Oz

Millions of people around the world remember "The Wizard of Oz" as an iconic film from 1939. Some may not realize that it was originally a children's book. It was published in 1900, and the author was Frank Baum. Mr. Baum hails from Chittenango, New York. This village is home to approximately 5,000 people, and if you're there you can see signs of its ties to this work of art. When I walked through the town, I suddenly found myself walking on a brick sidewalk that had been painted yellow. Yes, I was indeed following the yellow brick road.

Finally, as I made my way through the other parts of the state, I stopped in the capital city of Albany. It is also a lovely city that's filled with history. In fact, I was told by a local to go and see the first railroad chartered in the United States, as it ran from Albany to Schenectady, or a total of 11 miles. It began operating in 1826. That's a railroad line that's almost 200 years old, and it led to an explosion in popularity of travel and shipping by rail.

As I made my way to my final stop in Buffalo to see the city and Niagara Falls before catching my flight home, I realized that New York is a world unto itself. It has the enormous city, the beautiful countryside and fun little places that are tied to history. I was glad that I took some time to come and experience it, and I was thrilled to have been able to find New York hotel rooms so easily with the help of HotelTonight.

How many hotels are in New York?

There are 1390 hotels in New York available from Hotel Tonight.

What are the best areas to stay in New York?

Some of the top areas in New York to stay are:
Buffalo (NY)
Long Island City
Tarrytown

What are most popular hotels in New York?

What are the best hotels in New York?

How much is a hotel room in New York?

What is the cheapest time to go to New York?

Our hotels prices have varied throughout the year from $145.63 to $280.21 On average, we've seen the cheapest room prices in February

Which hotels in New York have a pool?