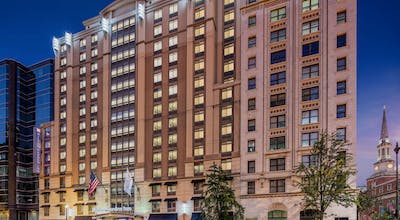 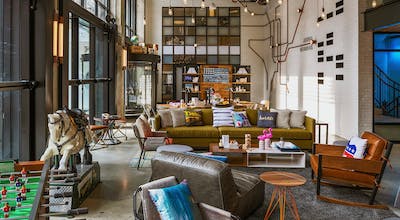 Washington, D.C. is a city that must be explored on multiple levels if you really want to know what it's all about. My first trip there consisted of seeing all of the famous things that the city is known for, such as the capitol building, the Supreme Court, the Washington Monument, the Lincoln Memorial, etc. It was very much worthwhile and rewarding, but I've always wanted to see a bit more of this beautiful place. I travel to the District of Columbia regularly for work, so what I've been doing recently is extending my business trip for 24 hours so that I can have an entire day to myself to explore a new and different part of the city. I choose one neighborhood at a time so that I'm never feel stress to get as much exploring in as possible before I have to leave. On my last trip, I chose to explore the Logan Circle neighborhood. I hadn't heard a lot about it but I was intrigued. I wasn't worried about accommodations, either, as I travel with HotelTonight. This powerful app would find me a Logan Circle Washington, D.C. hotel in seconds when I was ready.

One of the first things I noticed about Logan Circle was just that--the circle, so to speak. The neighborhood is named as such because of a roundabout that has a huge statue of Civil War general John Logan in the middle of it. It's a majestic looking thing with him riding his horse, looking out towards the horizon. This roundabout is surrounded by beautiful old town-homes that have to be at least 100 years old. The entire thing almost looks like a little European enclave, and people will sit near the statue and talk.

I've never been a big shopper for many different reasons, most of them having to do with the ability to find most things online these days anyway. However, that's not the case when it comes to Logan Circle. There are a lot of little shops around here that are mostly patronized by locals. I knew this because so many of the people greeted each other in a familiar tone and started talking about day-to-day things that tend to be discussed among neighbors and friends. I bought some things for myself and for others and enjoyed myself fully.

I don't really know why, but for some reason I was in the mood for French food. I asked some people in one of the shops if there was such a thing in Logan Circle, and they told me that there was an excellent place down the road. I went there and tried it, and it was delicious. I enjoyed my escargot along with my cordon bleu, and the wine was pure perfection.

After such a satisfying meal and day, I was ready to relax. I opened my HotelTonight app and it immediately found several Logan Circle Washington, D.C. hotels nearby. I chose one, booked it and was off for a night of restful sleep.