Find a Hotel Tonight in
Minnesota

Where to stay in Minnesota

What Guests are Saying About Minnesota 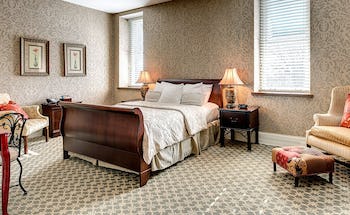 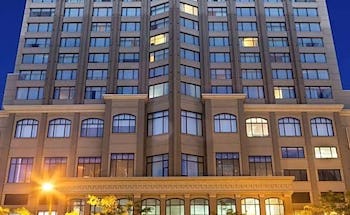 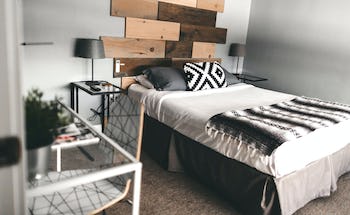 Some people enjoy planning their vacations as much as they enjoy actually taking them. They'll spend hours working out every minute detail for every day they visit somewhere so that they can maximize their experience. While the purpose of a vacation is to enjoy yourself, and apparently people who do this enjoy themselves which makes it worthwhile for them, this is not how I do things. I'm someone who blocks off a number of days, picks where I'm going to go and then doesn't do much planning after that. It's more fun for me that way and that's how I've always gotten the most out of my travels. I recently did the same thing when I chose to visit Minnesota, but I did decide to see what options would be out there for Minnesota hotels as I went wherever the road took me while I was there.

I decided to look into the world of apps, and I specifically searched for those that help people find hotel rooms at the last minute. I found one called HotelTonight, and I opened it to see what options it provided for hotel rooms in Minnesota. I was impressed by the number of choices available, and after looking a bit further I noticed that these choices were all of very high quality. To my surprise, the rates for these rooms were also quite reasonable. I booked a room for the first night I'd be there, as there was no harm in that, and could not believe how quickly I was able to reserve a room and have it confirmed. I was pretty sure I'd be fine traveling with HotelTonight, so all I needed to do now was read about interesting facts relating to Minnesota, as doing so often gives me ideas as to where I should go.

The Mall of America Is Really Big

My first stop, of course, in Minnesota was in Minneapolis. It's where I landed and it's a gorgeous community, so I was excited about spending some time there. I hadn't ever really done anything but drive past the Mall of America, as I usually had other things to do while here. This time, I decided to visit it and I simply could not believe the size of this shopping extravaganza. I read some tidbits about it and apparently it's so big that it could hold 32 747 airplanes. That's as many as a lot of airports. It was an interesting way to start my trip.

There Are A LOT of Lakes Here

Yes, Minnesota is known as the Land of 10,000 Lakes. People here are very proud of that and while I did not see all 10,000 of them, I saw more than I can remember. What I do remember is that every one of them was astoundingly beautiful. These lakes were all so clean that you could see the bottom even in very deep water. That also means that there are a lot of beaches here. Overall, there are 90,000 miles of coastline, which is more than California, Hawaii and Florida combined.

Pig's Eye Used to Be a City Here

Whenever you're in Minnesota, you also want to spend some time in St. Paul, which together with Minneapolis forms the Twin Cities. I didn't know this until I was here last time, but St. Paul was originally named for a French whiskey trader known as Pierre "Pig's Eye" Parrant. He was one of the first settlers here, and until 1841, when the city was given its current name, the community was simply known as Pig's Eye. I think we can all agree that the name change was a good idea.

Minnesota is Home to Lutefisk

If you've never had Lutefisk, you haven't truly experienced what it's like to live in Minnesota. Lutefisk is a Scandinavian dish that's basically white fish that's dried, then soaked in lye and then boiled. It may not sound pleasing, but it is delicious. Madison, Minnesota, a town of approximately 1,500 people, is known as the Lutefisk capital of the United States, and after visiting I can see why. People all over town were excited to talk about their own personal twists on the fish and you could find it in the restaurants and stores.

As I made my way back to the airport to fly home, I thought back on all of the beautiful things I had seen and all of the wonderful dishes I had tasted thanks to the friendly people of Minnesota. It had been a great trip, and a lot of it was due to HotelTonight, as the app helped me find Minnesota hotels every time I needed one. I would come back to Minnesota in the future, and I would definitely take HotelTonight with me wherever I went in the future.

How many hotels are in Minnesota?

There are 599 hotels in Minnesota available from Hotel Tonight.

What are the best areas to stay in Minnesota?

Some of the top areas in Minnesota to stay are:
Sauk Centre
Rochester (MN)
Stillwater

What are most popular hotels in Minnesota?

What are the best hotels in Minnesota?

How much is a hotel room in Minnesota?

In the last 30 days, HotelTonight prices in Minnesota have been as low as $10.6, though the average room costs closer to $117.05 per night.

What is the cheapest time to go to Minnesota?

Our hotels prices have varied throughout the year from $108.05 to $144.86 On average, we've seen the cheapest room prices in February

Which hotels in Minnesota have a pool?