Find a Hotel Tonight in
Utah

Where to stay in Utah

What Guests are Saying About Utah 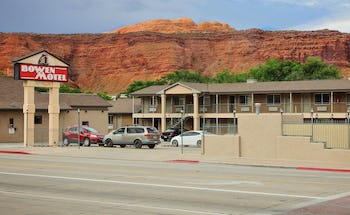 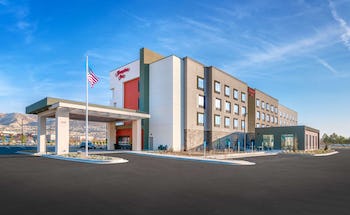 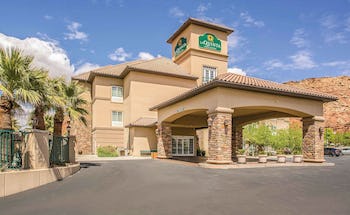 91 East 2680 South, Saint George
95%
liked it
&nbsp; (
284 Ratings
)
Nice clean and well kept hotel. The breakfast was also much more extensive than I expected. Appreciated that they allowed pets - and there were a lot of dogs! 😅
Scott H.

There are few if any places in the United States more steeped in mystery than Utah. This is a wondrous, gorgeous and wide-open place that draws people there for different reasons by the millions every year. I had never been to Utah, but recently when I took some vacation time I decided to spend some time here. When I travel, however, I do everything I can to avoid plans, schedules, itineraries, agendas or anything else that I spend my life following for most of the year. Utah seemed like a fine place to just go exploring, but when I had done this in the past the only problem I encountered from time to time was getting caught without lodging every once in a while. I decided to see if I could find some sort of app that could help me find a hotel room in Utah if I needed one.

I grabbed my phone, since that would be the only piece of electronic equipment with me on my trip, searched for an app that helps people find hotel rooms at the last minute. I found something called HotelTonight, and I liked the way it looked. I liked it even more when I searched for Utah hotels and found several choices available. Not only were there quite a few choices, but the quality of the properties was quite high even though the rates they were asking were totally reasonable. I booked a hotel room in Utah for the first night I would be there, and it was so fast and easy to do I was stunned. All that was left for me was some research on the Beehive State so that I could get inspired with regards to where I may want to go on my adventure.

The Great Salt Lake Is… Salty

I started my journey in Salt Lake City, of course, and while I really enjoyed my time there, I knew I would be back to catch my flight home. I really wanted to see the Great Salt Lake which I did as soon as I got the chance. It's a hard thing to describe, although I learned a lot about this beautiful body of water while there. It's salty, four times saltier than any ocean, because when Lake Bonneville dried up in ancient times, there was nowhere for the salt and other deposits to go as there was no outlet to sea. What remained was a smaller lake that exists today and a lot of salt deposits.

Utah Is Quite Sunny

When people think of Utah, they tend to think of snow and cold. That's because this is the type of weather that's often associated with mountains. However, as I traveled around the state and learned more about it, I was told that Utah is the second driest state in the country behind only Nevada, and that Utah averages approximately 300 sunny days per year. I believed what I was told as I traveled, as I don't think I ever got caught in any sort of rain.

The Center of Utah

On my travels, I encountered a town with a strange name. It was called Levan, which I had never heard of before. I stopped for a delicious lunch and asked some folks at the lunch counter how their town came to be called Levan. Apparently, the town's name spelled backwards is navel. Levan sits nearly in the middle of the state geographically, so the word navel was flipped to form the name of the community. Levan is a charming little city of fewer than 1,000 people, and I really enjoyed my lunch and my conversation there.

Most people would not equate Utah with Hollywood, but the fact of the matter is that a lot of movies and television shows have been filmed here over the years. This is particularly true in a place called Kanab, where famous movies such as "The Outlaw Josey Wales" and television shows such as "The Lone Ranger" were filmed. It makes a lot of sense when you think about it, as the landscape here is practically made for western-type backgrounds and the climate is such that you really don't have to spend much time worrying about the weather.

As I made my way back to Salt Lake City for my flight home, I thought about all of the things that I had seen, all the people I had met and all the experiences I enjoyed while in this gorgeous state. I also thought about how I had a new travel partner in HotelTonight, as this powerful app helped me find a hotel room in Utah more than once. I looked forward to coming back here someday, and I looked forward to my future travels with HotelTonight.

How many hotels are in Utah?

There are 539 hotels in Utah available from Hotel Tonight.

What are the best areas to stay in Utah?

Some of the top areas in Utah to stay are:
Wendover
Torrey
Fillmore

What are most popular hotels in Utah?

What are the best hotels in Utah?

How much is a hotel room in Utah?

What is the cheapest time to go to Utah?

Our hotels prices have varied throughout the year from $115.77 to $151.01 On average, we've seen the cheapest room prices in December

Which hotels in Utah have a pool?

There are 256 hotels with pools in Utah. Some of them are:
Zermatt Utah Resort & Spa,Trademark Collection by Wyndham
Park City Peaks Hotel
&nbsp;•&nbsp;96% of HT bookers liked it
Westgate Park City Resort & Spa