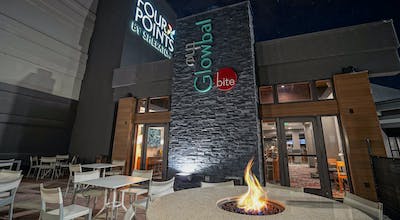 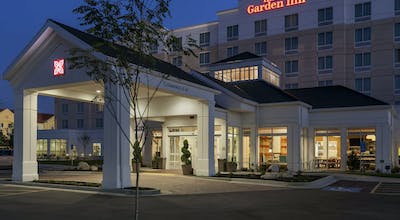 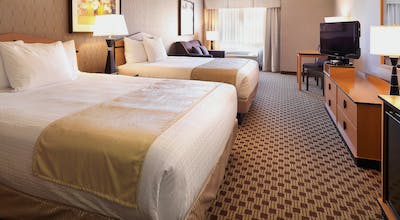 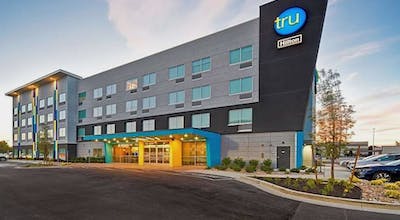 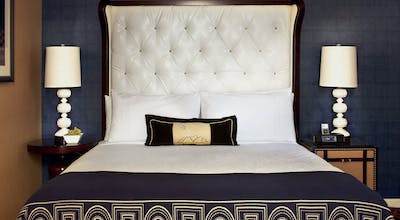 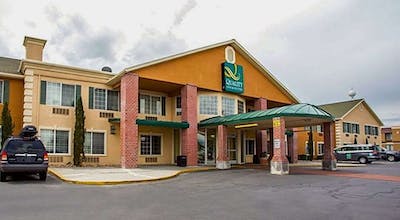 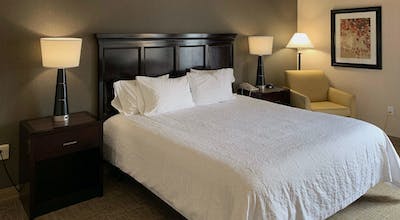 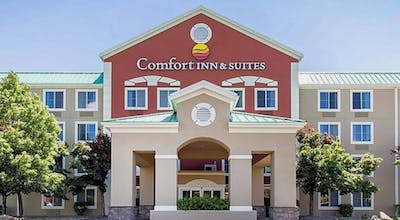 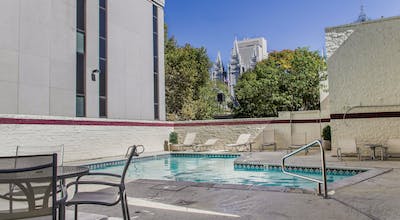 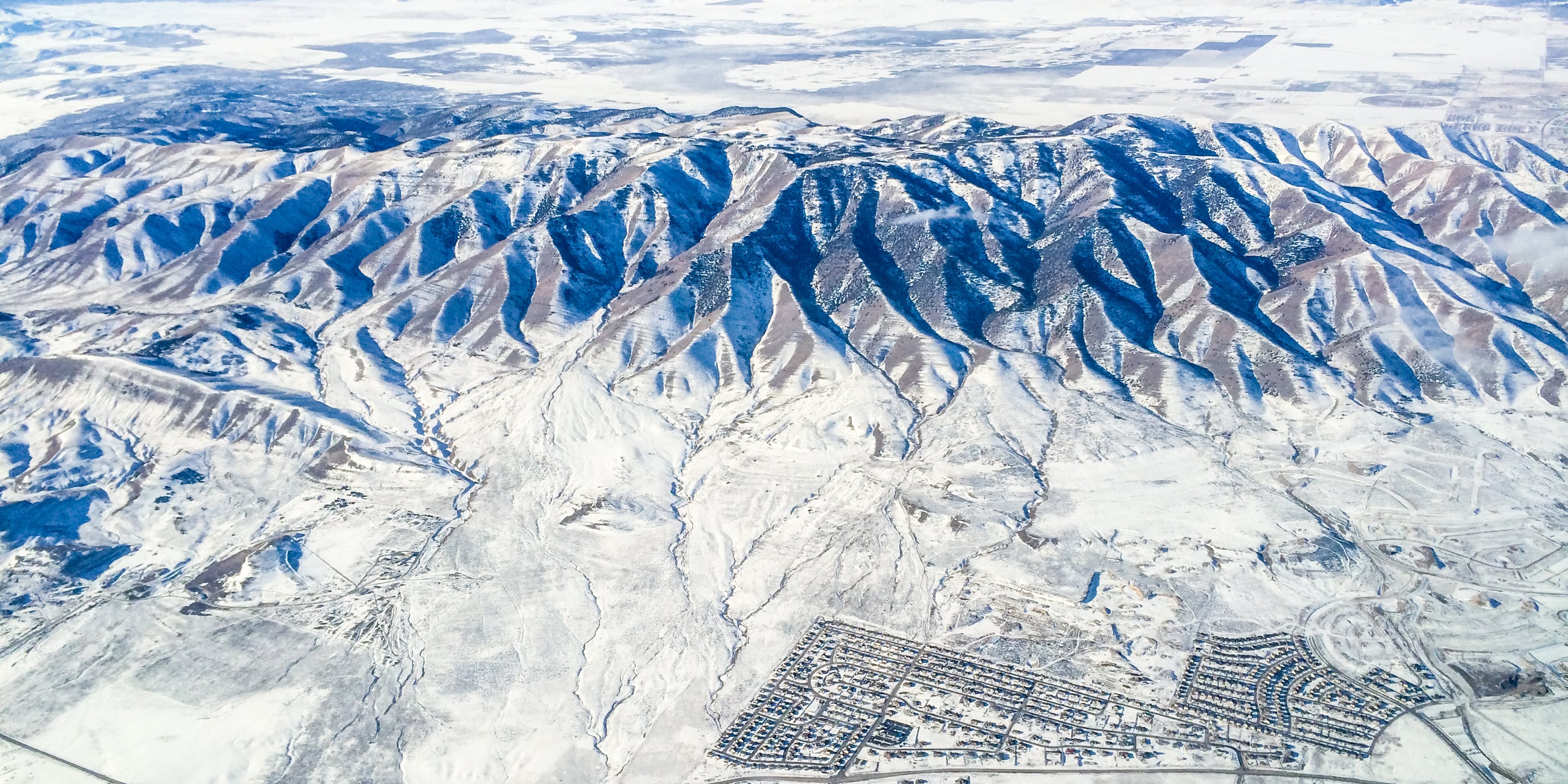 What Guests are Saying About Salt Lake City 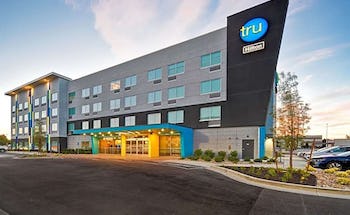 206 N Jimmy Doolittle Road, Salt Lake City
95%
liked it
(
61 Ratings
)
Bed was comfy, decor was cute and the breakfast was pretty good. Only complaint was the waffle maker made some pretty doughy waffles.
Sam K. 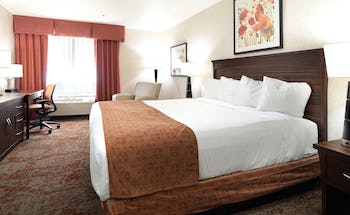 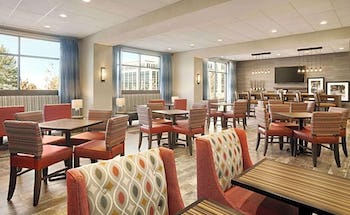 When people who are not familiar with Salt Lake City think about it, most of them tend to visualize the stunning mountains that surround the area. I've never been to Salt Lake City but really wanted to see what goes on inside of those mountains. When I found out that I'd be flying into Salt Lake City for a work meeting, I was ecstatic. When I looked at my schedule and realized that I would not have any time to see the area for myself, I was crushed. Imagine my surprise, then, when I found out that my flight had been canceled and that I'd have another 24 hours in Salt Lake City after my meetings if I chose to stick around. I was thrilled, but I needed to extend my rental car agreement and, potentially more problematically, find a Salt Lake City hotel room on my own. I wasn't sure where to start.

I pulled out my phone and started tapping around. I found something called HotelTonight, and within two clicks I was looking at a wide array of Salt Lake City hotels. I chose one that looked like a place that fit me well, expecting to have to jump into a long process of booking it. I was totally wrong – I had my Salt Lake City hotel room totally booked and ready within a couple of minutes. All I had to do now was move my things from my old hotel room to my new one, and I'd be off and running into the city for a day of exploration.

Salt Lake City is a somewhat unique place in how it's been built, as everything funnels to and from downtown, the location of the Salt Lake Temple and Temple Square. This is the oldest district in the city and it's filled with people running around and doing their thing. It's also a very friendly place, as I asked some people what I should do with the rest of my day and was given a lot of answers and a lot of insight. It was nice that I was able to do this with all of these attractive buildings nearby and of course the incredible mountains. My day was off to a good start.

My next stop was Central City, which is just east of downtown. You could tell immediately that this was the center of commerce for the area, what with all of the businesses and shops that line the streets. It's also the neighborhood that's home to the University of Utah. I walked the streets a bit and then strolled through campus, which was lovely. At this point, I needed a coffee as my day started quite early. I stopped into a place on campus and just sat and enjoyed my coffee, the people around me pursuing their academic goals, and the scene overall.

I crossed town for my next stop, which was Poplar Grove. This was a different place from where I'd spent my morning to be sure, but in a good way. Poplar Grove appears to be dominated by families, as there are a lot of homes here and a lot of parents buzzing around with their children. There are also quite a few restaurants, which was fortunate because I was starving. I asked some people for some recommendations, and more than one sent me to a Mexican restaurant that was well known by the locals. They gave me a good recommendation. There's really nothing like great Mexican food when you're hungry, and I was more than satisfied and ready for the rest of my day.

I rolled into a neighborhood called Sugar House, and the only reason was because the name of the place caught my attention. Sugar House is one of those places that for a time, about 30 years ago to be exact, was a very downtrodden place. However, a lot of investment has occurred here since then, and you can tell immediately that this is a neighborhood that's been revitalized. I realized that I had not yet picked up any gifts for my family and friends. Now was the time, especially with all of the shops within a few blocks of each other. I found some items, filled a bag and walked around a bit more. I was ready for my final stop of the day.

That final stop was Yalecrest, which it was immediately clear was a very old neighborhood with a lot of different architectural influences throughout. This was also another residential, family-dominated part of town, but I really enjoy watching that whole scene, as it gives me a good picture of what a city is really like. I approached a few people at a park and asked them about places to eat for dinner. Turns out that Yalecrest has many options. I decided on Italian food, and when I actually dug into my meal I knew I had made a very wise decision.

Full and tired after an entire day of exploring, I headed back to my hotel, reflecting on the day. Salt Lake City is truly unique in many ways. I'm glad I got to see it. I'm also glad I found HotelTonight, as I'm not sure any of this would've happened if not for their choices for Salt Lake City hotel rooms and the ease with which you can secure a room. I vowed to come back here someday and spend more time in the city, and I reminded myself to do so with the help of HotelTonight.

How many hotels are in Salt Lake City?

There are 105 hotels in Salt Lake City available from Hotel Tonight.

What are the best areas to stay in Salt Lake City?

Some of the top areas in Salt Lake City to stay are:
North Salt Lake
Sandy
South Jordan

What are most popular hotels in Salt Lake City?

What are the best hotels in Salt Lake City?

How much is a hotel room in Salt Lake City?

In the last 30 days, HotelTonight prices in Salt Lake City have been as low as $44.73, though the average room costs closer to $87.76 per night.

What is the cheapest time to go to Salt Lake City?

Our hotels prices have varied throughout the year from $81.56 to $104.73 On average, we've seen the cheapest room prices in April

Which hotels in Salt Lake City have a pool?