Tonight’s Hotels Under 78 $US 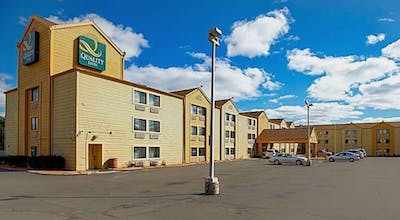 What Guests are Saying About Milwaukee 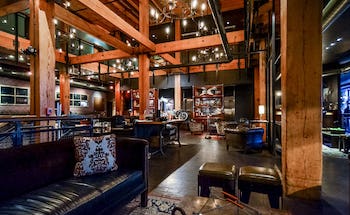 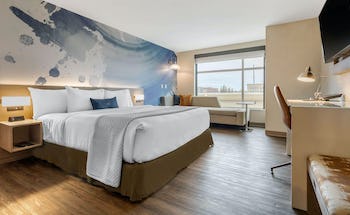 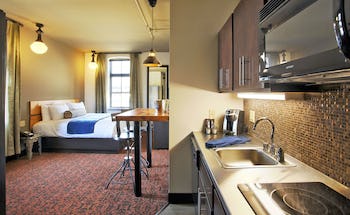 HotelTonight – Milwaukee Hotels at the Tips of Your Fingers

I travel a lot for work, and delays and unexpected extensions of stays are things that I've just gotten used to over the years. That's why I wasn't taken aback when I found out that I'd be spending about 18 extra hours in Milwaukee. The only "problem" was that I had never been to Milwaukee, and when I'm in a new city I like to learn more about what the locals do than anything else. One thing I do know is that the best way to get around Milwaukee is by car, so I rented one at the airport and then realized I had nowhere to stay.

No problem – I open the HotelTonight app and within a few minutes I have exactly what I need. Now that I have lodging set, I put my luggage into my rental car and make the short drive from the airport to my hotel downtown. I immediately notice that the skyline of Milwaukee is filled with old, gorgeous churches. I wonder why and ask the concierge that question when I get to my hotel. It seems that Milwaukee is a classic Midwest city that was settled by European immigrants from different countries, creating different communities across the city. Excited, I start out on seeing some of this for myself.

Downtown Milwaukee is an interesting mix of old and new. The old breweries that made "Brew City" famous in the first place are still here even if they're no longer making beer like in the past. Marquette University is also here, as is Water Street. I remind myself to visit here later if there's time.

Milwaukee is known as a classic blue-collar city in the Rust Belt. Imagine my surprise, then, as I venture just a bit south of downtown and into the Historic Third Ward. I was seemingly surrounded by tasteful shops, and it was obvious that this was the Milwaukee hub of art and fashion. Boutiques could be seen far and wide, as could art galleries. The Third Ward RiverWalk was gorgeous, as I didn't know there was a river cutting through town – most of us had only heard of Lake Michigan. I was getting hungry, but I decided to wait until my next stop to eat lunch.

It wasn't long before I was entering a neighborhood that the concierge had said was about as "Milwaukee" as it gets – East Side. This is an area that extends all the way to the lakeshore. I parked on Brady Street, looking for something to eat. Instantly, I realized that I had chosen wisely. The Brady Street area was originally settled by Polish immigrants and later settled by people from Italy. That resulted in a lot of good food within walking distance. I decided on Italian and was glad I did. There's nothing like authentic Italian sausages and peppers, prepared the right way. Enjoying the eclectic nature of the area, I decided to head to the suburbs.

Whitefish Bay is an area right on the lake as well, and it's dominated by family living. The streets were lined with homes, and it was warm. I turned towards the lake only to stumble upon Atwater Park, a beautiful open space on the water. The beach was immaculate, children were running around on the playground and everyone was enjoying that cool air of Lake Michigan. It was as though the scene was taken directly from a classic American novel.

I drove back through downtown in a southward direction – after all, I had no schedule – and rolled into Bay View, another area of town where families live in large numbers. This is also another lakeside area that's filled with beautiful sites. I was hungry, though, and decided that it was time for another Wisconsin tradition for dinner. The concierge had told me that there's nothing like a fish fry, and that may have been the best recommendation of any provided. Delicious.

HotelTonight – Milwaukee Hotels Are Nearby

Milwaukee is one of those cities that's filled with history, culture and interesting stories. It may not be one of the biggest cities in the country nor is it on one of the coasts, so it is somewhat overlooked by many. That's too bad, because this is a place that features friendly people, incredible eats, stunning architecture and a lot of different ways to have fun. One of the best parts of this random journey was the few seconds it took to book a hotel. HotelTonight had Milwaukee hotels at the ready. All I had to do was make my choice and I was all set. That gave me all the time I needed to see Milwaukee. I'm glad I did that. I suggest you do the same.

How many hotels are in Milwaukee?

There are 82 hotels in Milwaukee available from Hotel Tonight.

What are the best areas to stay in Milwaukee?

Some of the top areas in Milwaukee to stay are:
MKE
Kenosha
Historic Third Ward

What are most popular hotels in Milwaukee?

What are the best hotels in Milwaukee?

How much is a hotel room in Milwaukee?

In the last 30 days, HotelTonight prices in Milwaukee have been as low as $52.12, though the average room costs closer to $87.25 per night.

What is the cheapest time to go to Milwaukee?

Our hotels prices have varied throughout the year from $71.72 to $111.59 On average, we've seen the cheapest room prices in April

Which hotels in Milwaukee have a pool?