Find a Hotel Tonight in
Colorado

Where to stay in Colorado

What Guests are Saying About Colorado 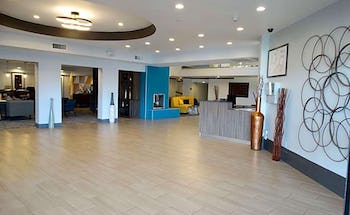 4411 Peoria St, Denver
83%
liked it
&nbsp; (
320 Ratings
)
The staff was very nice. The bed was very comfortable . There didn't seem to be housekeeping staff as several of us did not very our rooms until after the designated 3:00 checkin. I waited 40 mi... Show More
Renee S. 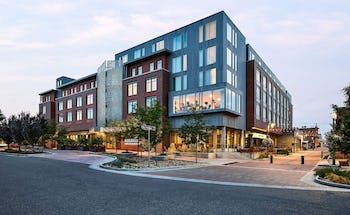 111 Chestnut Street, Fort Collins
99%
liked it
&nbsp; (
377 Ratings
)
This place is amazing! It’s beautiful, the staff is amazing, the location is killer and there are pups everywhere! I don’t want to leave. Ever!
Mindy W. 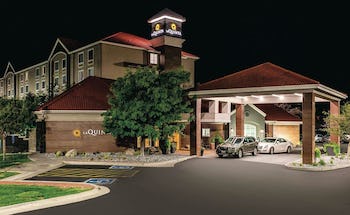 HotelTonight – Colorado Hotels in a Flash

When people think of Colorado, they obviously tend to think of majestic mountains dominating the landscape. While this is certainly an important part of the Centennial State, as it's called, there is a lot more happening there that some people may not realize. I had always wanted to travel through Colorado, but never really had the chance until recently. I had a few days to see what is there, but I'm not one of these travelers that needs to have every second of every day pinned down on an electronic calendar. I'm a wanderer, and wherever I wind up that evening is where I wind up. I'm more interested in maximizing every day I have available. As such, I really didn't see the need to do a lot of searching for Colorado hotels before I left, other than for that first night, of course.

I needed a travel companion of some sort that allowed me to find a hotel room in Colorado at a moment's notice. I wouldn't know ahead of time if I would need a hotel room in Denver, or Boulder, or Aspen or wherever. I didn't want to worry about it. All I wanted to do was put at least a general list together of things that would be worth seeing in Colorado based on interesting facts about the state. I put that list together and started to formulate an idea in my head with regards to how I was going to go about checking out this wondrous place. I found an app called HotelTonight, and I booked my Colorado hotel room for the first night in minutes. All I'd need during my trip was some sort of Internet connection and I would be able to take care of lodging wherever I was. I was ready for my big trip.

Colorado Really Is High Up There in Altitude

Yes, the mountains of Colorado are an obvious attraction for visitors and residents alike. Many people may not realize, however, that Colorado is about as mountainous as a state can get. Approximately 75 percent of all land in the United States that is above 10,000 feet in elevation is here in Colorado. It's the Switzerland of the United States in that regard, and I made sure to get up there and see what this incredible scenery was like in-person. It was amazing, and I'm sure that I would have gotten a different view and perspective based during different times of the year.

Colorado Has the Most Representative City

You may never have heard of Fountain, Colorado. You would be far from alone, as this is a city with only about 25,000 residents. It sits a bit south of Colorado Springs. It's very well known to sociologists. That's because according to some who studied it, Fountain is the city that most closely matches the overall demographics of the United States as a country. It truly is the best example of the American Melting Pot based on statistics, and it's also a nice city to visit for a day or so on your way to or from Colorado Springs.

Many people who live east of the Mississippi River in particular think of Colorado as the center of what it would be like to live in the Old West. There are many reasons for this, and one of them is that Colorado is a hub for rodeos. In fact, the Western Stock Show, which is the world's largest rodeo, is held in Denver every year. I happened to be in Denver for it, and it was quite an event and one that I will not forget. I was also happy to learn that despite the onrush of visitors to the city, HotelTonight was still able to help me find a Denver hotel room without any problem or delay.

Colorado Is Home to History and Mystery

If you've never heard of Mesa Verde, you're missing out on one of the most beautiful and interesting places I have ever seen. This is a four-story city that's carved directly into cliffs. The Pueblo tribe built this for themselves sometime between 700 and 1,400 years ago. No one is really sure what happened to the Pueblo, as historians believe that they suddenly disappeared despite there being thousands of individual structures and buildings carved into the stone. It's very much worth the effort to go see Mesa Verde, as there's nothing else like it in the United States.

It was quite a trip to Colorado, and one that I will remember for a long time. I was glad to have seen Denver, Boulder, Colorado Springs and so many other interesting and beautiful places. I was also happy to be able to travel the way I wanted to travel instead of being forced to follow some rigid plan. I was able to do that because of HotelTonight, which helped me find Colorado hotel rooms with my phone and wherever I was. I'm going to travel with HotelTonight again in the future.

How many hotels are in Colorado?

There are 969 hotels in Colorado available from Hotel Tonight.

What are the best areas to stay in Colorado?

Some of the top areas in Colorado to stay are:
Parachute
Silt
Rifle

What are most popular hotels in Colorado?

What are the best hotels in Colorado?

How much is a hotel room in Colorado?

In the last 30 days, HotelTonight prices in Colorado have been as low as $43.2, though the average room costs closer to $164.2 per night.

What is the cheapest time to go to Colorado?

Our hotels prices have varied throughout the year from $138.61 to $191.25 On average, we've seen the cheapest room prices in November

Which hotels in Colorado have a pool?

There are 408 hotels with pools in Colorado. Some of them are:
Embassy Suites Denver-Downtown/Convention Center
Courtyard by Marriott Denver Cherry Creek
&nbsp;•&nbsp;73% of HT bookers liked it
Aloft Denver Airport at Gateway Park