Find a Hotel Tonight in
Fillmore 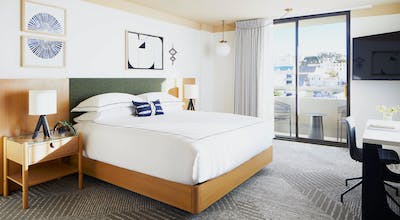 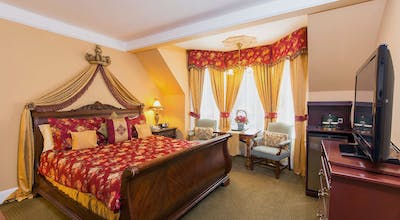 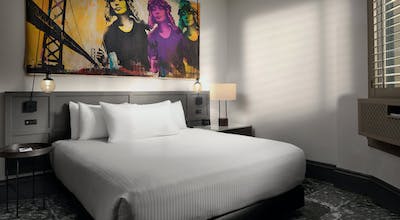 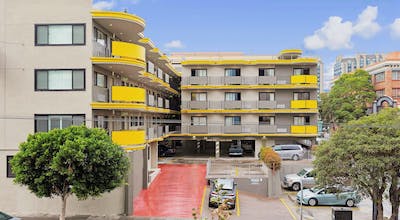 San Francisco is like a jigsaw puzzle in many ways. The city is comprised of a large number of small pieces that, when put together, form a beautiful picture. I was trying to complete my own jigsaw puzzle, so to speak, by spending at least one day in every neighborhood across this large city. I had opportunities to do it because I had been working a lot there over the past year. I had learned that I could quite easily push my return flight out for 24 hours and then use that time to explore a new part of San Francisco. On my most recent trip, I chose to spend my free 24 hours in the Fillmore District. I was looking forward to exploring it, as I had heard a lot about it. I was not worried about finding lodging, as my HotelTonight app would help me find a Fillmore District San Francisco hotel room within a few swipes.

There was a time in the not-too-distant past when the Fillmore District, or simply the "Fillmore" to locals, was a very tough area. Like any rough neighborhood, there were many reasons for this unfortunate reality. However, since that time, a lot of reinvestment has occurred and a lot of redevelopment continues to occur in this area, giving it a new sense of vibrancy that it hasn't seemed to have had for quite some time. Talking to a few locals, I got a sense of pride in them that one of them said was quite welcome. I love this type of community.

I have to admit that I'm quite a shopper. I do not go out of my way in any sense to spend time in the big-box chain stores, but if you show me an area full of small shops and boutiques, I am all over it. That's something that you will find in the Fillmore. I spent hours just walking through shops and small stores, and before I knew it I had bags full of clothing, accessories, books and just about everything else you could imagine. It was time well-spent as far as I was concerned.

It seems that when a part of a city does start to make a comeback, one of the industries that serves as a catalyst for it is the restaurant industry. That seems to be the case here to be sure. There were small, unique restaurants on seemingly every block, and for dinner I chose a cafe that is known for its Southern fare. It seemed different and worth a try. I had shrimp and grits, and I could've easily eaten another full plate, as that's how good it was. The grits were flavorful and the shrimp was tasty and tender.

After all that walking and all that dinner, I was ready for some sleep. I pulled out my phone, opened HotelTonight, booked a Fillmore District San Francisco hotel room and that was that. I was ready for a big night of sleep after an even bigger day.