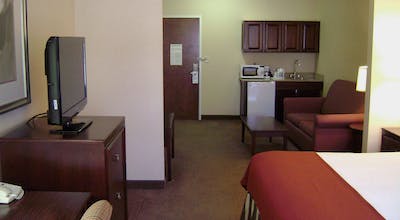 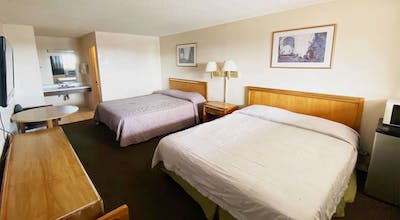 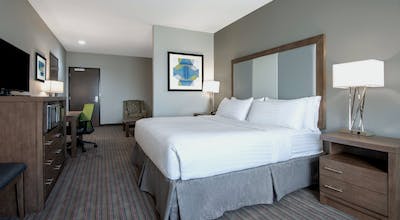 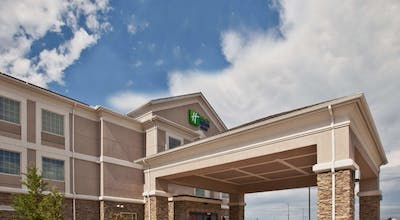 What Guests are Saying About Stockyards City 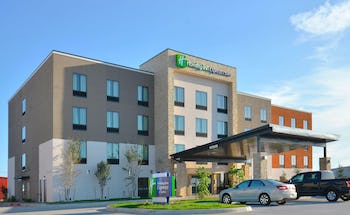 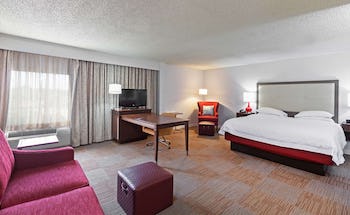 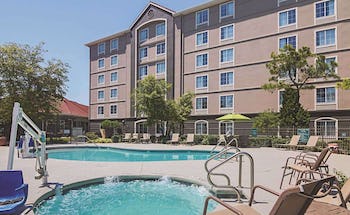 4829 Northwest Expressway, Oklahoma City
84%
liked it
(
69 Ratings
)
The room was cozy not stuffy and smelly like most hotels. The courtyard was shaded and really nice. Also it’s the only place I’ve been where there is shaded parking in the hot summer. This hotel shoul... Show More
Candice S.

Oklahoma City is known for its cowboy culture, and there's no better place to experience it than in Stockyards City. This one-of-a-kind district will take you back in time about 100 years, when cowboys and ranch-hands were found all over the West. Stockyards City is steeped in history, and here you'll find a neighborhood that seems virtually untouched by time--many of Stockyards City's traditions have been going strong for over a century. Even though it's located just a few miles outside of downtown, Stockyards City feels like a different world. So if you want to get an authentic Western experience during your stay in Oklahoma City, do like I did and book a hotel near Stockyards City. To book my Stockyards City hotel, I checked out HotelTonight's selection of Oklahoma City hotels, and within minutes I had found the perfect hotel for my stay. After I checked into my hotel room and changed into some old cowboy boots, I was ready to see what Stockyards City had in store for me.

The Stockyards City Main Street has been carefully preserved over the decades to keep the western culture and history of this city intact. This Main Street is so well preserved that it feels like it's from a western movie set, and here you'll find plenty of western retail shops, vintage boutiques and even Native American arts and jewelry shops. If you need to find a unique souvenir from Oklahoma City, this is the place to do it.

Stockyards City received its name because it's home to the Oklahoma National Stock Yards, one of the largest feeder and cattle markets in the entire world. Every Monday, the public can attend live cattle auctions, and I simply couldn't pass up the chance to go to a live cattle auction during my trip. After all, where else would I have the chance to do something like this? That's just one of the many beauties of Stockyards City-- you'll see and experience things you can't find anywhere else in the country.

Stockyards City is probably not the best place for your vegan friends and family members, because--as you might be able to tell from the name of the neighborhood--this is an area that loves its steak. There are so many great steakhouses and restaurants in this neighborhood that serve up fresh steak, and here you'll find some of the best steak in the country. So if you have a craving for some red meat, save your appetite before visiting Stockyards City.

I knew about Oklahoma City's western heritage before visiting, but I didn't truly understand just how long or rich its history until I visited Stockyards City. After spending a day in Stockyards City, I knew so much more about western heritage and cowboy culture, and I made some unforgettable memories in this preserved western town. I was so grateful I was able to book a hotel near Stockyards City, and I have HotelTonight to thank for making my trip planning process so easy and hassle-free.

How many hotels are in Stockyards City?

There are 133 hotels in Stockyards City available from Hotel Tonight.

What are most popular hotels in Stockyards City?

What are the best hotels in Stockyards City?

How much is a hotel room in Stockyards City?

In the last 30 days, HotelTonight prices in Stockyards City have been as low as $36.63, though the average room costs closer to $80.84 per night.

What is the cheapest time to go to Stockyards City?

Our hotels prices have varied throughout the year from $65.26 to $89.7 On average, we've seen the cheapest room prices in April

Which hotels in Stockyards City have a pool?