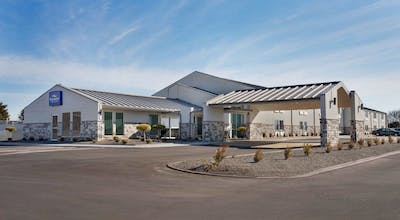 What Guests are Saying About Oklahoma City 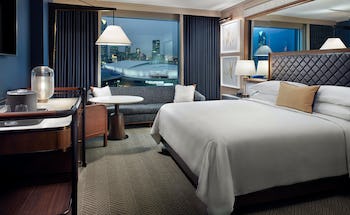 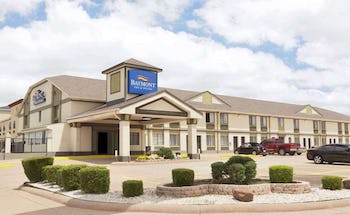 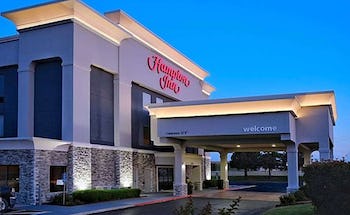 Last summer, my friend and I embarked on a cross-country road trip, starting in North Carolina and ending in Los Angeles, where we both had new jobs lined up. So with a car packed with all of our belongings, we hit the road. We hadn't planned on stopping in Oklahoma at all, but after spending a day in Dallas, we decided to extend our road trip by another day so that we could go explore Oklahoma City. Even though it was spur-of-the-moment, our trip to Oklahoma City was stress-free because we were able to score a last-minute hotel deal in Oklahoma City thanks to HotelTonight. Within minutes of checking HotelTonight's website, we had a hotel room booked in one of the coolest areas in Oklahoma City, and we were ready to start exploring this down-to-earth Midwestern town.

Our hotel was located in the Bricktown District, which we quickly learned is Oklahoma City's hottest entertainment district. After checking into our hotel, we decided to explore Bricktown, a cool, lively area full of trendy restaurants and bars. A picturesque canal runs through the heart of Bricktown, and we had the exploring the district by foot or by water taxi. We ended up walking, as it was a beautiful afternoon and we needed to stretch our legs after spending so much time cooped up in the car. Bricktown, which was formerly a warehouse district, has been transformed into one of the coolest areas in all of Oklahoma. We stopped at a cool pub along the canal for some food and a cold beer. Some locals at the table next to us informed us that Bricktown is also a hotspot for great nightlife, so we decided to check out some of the nearby bars later that night.

I happen to be a huge fan of jazz, which is one of the reasons why I pushed for a quick detour to OKC. In the 1920s and '30s, Oklahoma City had a vibrant jazz scene, the heart of which was in the Deep Deuce District, the city's African-American neighborhood at that time. This historic district is just north of Bricktown, so it was just a short walk until we arrived in the "Deep Second," as it was once called. While Deep Deuce is obviously no longer one of the jazz capitals of the world, I felt its rich history around every corner as we toured the neighborhood. I even started hearing the vibrant notes of jazz tunes in my head, but then I realized they weren't just in my head – they were coming from a cool whiskey bar down the road. We popped into the bar for a drink so that we could watch the live jazz band recreate the atmosphere of this famed music district.

Once I had gotten a taste of OKC's jazz scene, we decided to explore more of the city's art scene. So we headed to the Paseo Arts District, a brightly colored, historic district known for its funky and eclectic mix of art galleries, restaurants, and boutiques. We ducked into a few stores in the district, and I ended up finding a great piece of art to hang in my new apartment in L.A.

After a bit of shopping in the Paseo Arts District, we hopped back in the car and drove to the Plaza District, which locals love for its hip, energetic entertainment and restaurant scene. Once we arrived, we realized that this district was definitely a happening area. We stumbled upon live music, a large crowd outside the local theater, and plenty of restaurants that were packed with people. We ended up eating dinner at one of these busy, lively restaurants and then headed back to our hotel in Bricktown.

After a night of dancing at bars in Bricktown, we woke up and checked out of our hotel, but then decided we should take one last stroll along the canal. We also knew we had to grab some food before hitting the road, so we made our way to Automobile Alley, an upscale urban district located less than two miles north of Bricktown. Automobile Alley, which was once the city's hub for car dealerships, is now a hip area with plenty of great restaurants and shops. We ate breakfast at a trendy café and then window-shopped at some of the car show rooms along the road. Then finally, after a jam-packed 24 hours in OKC, we got back in the car and headed West.

How many hotels are in Oklahoma City?

There are 123 hotels in Oklahoma City available from Hotel Tonight.

What are the best areas to stay in Oklahoma City?

Some of the top areas in Oklahoma City to stay are:
Uptown 23rd
Western Avenue
Stockyards City

What are most popular hotels in Oklahoma City?

What are the best hotels in Oklahoma City?

How much is a hotel room in Oklahoma City?

In the last 30 days, HotelTonight prices in Oklahoma City have been as low as $38.47, though the average room costs closer to $108.16 per night.

What is the cheapest time to go to Oklahoma City?

Our hotels prices have varied throughout the year from $103.5 to $127.71 On average, we've seen the cheapest room prices in February

Which hotels in Oklahoma City have a pool?