Find a Hotel Tonight in
Nebraska

Where to stay in Nebraska

What Guests are Saying About Nebraska 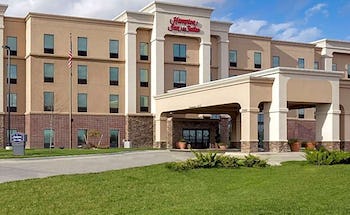 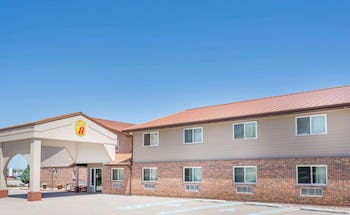 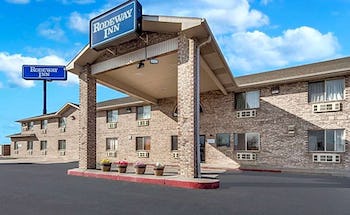 There is something beautiful and pure about the bread basket of the United States. This is a part of the country that literally feeds us almost every day, yet it's also a place that not a lot of people know much about if they do not live there or nearby. I was recently due for a vacation and decided to take one, and I really wanted to do something different. I'm not one who wants to visit a lot of touristy places to begin with, so I chose to visit Nebraska during my time off. I was excited to learn more about a place I knew little about until recently, and I was more than ready to spend several days not worrying about schedules and agendas. About the only thing I wanted to do before leaving was make sure I had some sort of resource available for when I needed to find a hotel room in Nebraska.

Since I would have my phone with me while I was away, I pulled it out and searched for a hotel app that accommodated people who may not plan that far in advance. I found one called HotelTonight, and it was a quick and simple download. I opened it and signed up for an account, which was also quite easy. I knew I'd be flying into Omaha and spending my first night there, so I searched for an Omaha hotel and found several choices. There was a lot of information available, including reviews from other users for the properties. I chose one and booked it with a couple of swipes. The only other thing I wanted to do before leaving was research Nebraska a bit for fun facts, as this would likely inspire me in certain ways with regards to where I would go.

Nebraska and the Rain Forest

Yes, I understand that almost no one would ever put the words Nebraska and rain forest in the same sentence, but when I was in Omaha I not only saw a large rain forest, but I saw an indoor rain forest. I spent some time at the Henry Doorly Zoo and Aquarium in Omaha. It is home to the Lied Jungle. It is 1.5 acres in size and eight stories tall. It's the largest indoor rain forest in the United States, and you know it's realistic when you see pygmy hippos and monkeys running around in Nebraska. It was quite an experience.

Stonehenge is one of the most mysterious landmarks in the world. Experts have been trying to figure out why it's there and how it got there for generations. As I was driving through Nebraska, I found out that it has its own version of Stonehenge, called Carhenge. It sits near Alliance, Nebraska, and there is no mystery as to how this structure got there. An artist arranged 39 different automobiles to mirror the look of its inspiration, and to see it now you marvel at the work it must have taken to put all of this together.

I drove through Lincoln, Nebraska, expecting to spend some time in the state capital and touring the campus of the University of Nebraska. I did those things, and the campus in particular was beautiful. While there, I found out that Nebraska is home to the biggest mammoth on display anywhere in the world. In 1922, a rancher found a mammoth fossil that was 14 feet long. He turned it over to the University of Nebraska State Museum where it still stands today. It was quite a feeling to see something that large from millions of years ago.

Nebraska and the Oregon Trail

During the early part of the 19th century, explorers set out from the Missouri River to find new lives in Oregon. The trial was more than 2,000 miles long, and it was used for approximately 30 years if not longer. While that trail is gone, you can still see remnants of it in Nebraska, one of the states that the explorers passed through on their way westward. If you visit Scotts Bluff National Monument, you can still see the wagon trail bed and you can still hike a bit of the trail for yourself.

As I made my way back into Omaha to catch my flight home, I suddenly realized that I had seen a place that more people should take some time to come and see. I met nothing but nice people everywhere and got to see quite a bit of history. I also got to travel with my new favorite companion, the HotelTonight app. It helped me find Nebraska hotel rooms when I needed them. I could not wait to travel again with HotelTonight, and I could not wait to tell people about my experience in Nebraska.

How many hotels are in Nebraska?

There are 286 hotels in Nebraska available from Hotel Tonight.

What are the best areas to stay in Nebraska?

Some of the top areas in Nebraska to stay are:
Lincoln
Kearney
York (NE)

What are most popular hotels in Nebraska?

What are the best hotels in Nebraska?

How much is a hotel room in Nebraska?

In the last 30 days, HotelTonight prices in Nebraska have been as low as $49.35, though the average room costs closer to $92.45 per night.

What is the cheapest time to go to Nebraska?

Our hotels prices have varied throughout the year from $79.4 to $119.27 On average, we've seen the cheapest room prices in February

Which hotels in Nebraska have a pool?