Find a Hotel Tonight in
Wyoming

Where to stay in Wyoming

What Guests are Saying About Wyoming 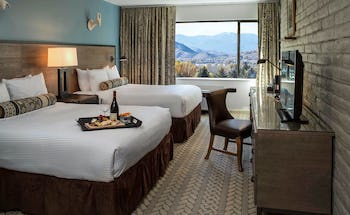 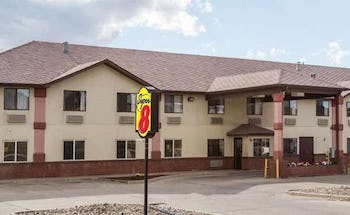 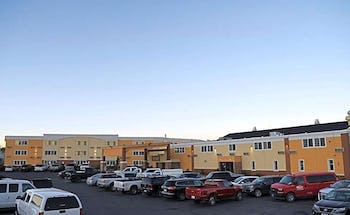 HotelTonight – Wyoming Hotels in a Flash

When I travel, I like to not really know where I'm going on any particular day. That's what traveling is all about for me. I live under the constant stress of a schedule that's managed to the millisecond. If you look at my calendar, you'll see that I have every hour booked for months. Vacation is supposed to be about breaking away from the routine, so I'm a wanderer on those rare occasions when I do get away. Recently, I decided that I wanted to see Wyoming, as I had never been there and it seemed like a fantastic place to go wherever the road took me. The only problem I had ever encountered with this approach to travel is that there were times when I was stuck without lodging. I didn't want that to happen on this trip, so I decided to see if there was some sort of app out there that could help me find a Wyoming hotel room in a pinch.

I found something called HotelTonight, and since I knew where I'd be staying on the first night, I decided to see what this app could do for me. I searched for Wyoming hotels and was surprised at how many different choices were available. I also liked the quality of the options present and the rates that they were asking were surprisingly reasonable. I booked a room for the first night that I was there, and that entire process took less than a few minutes. I was excited--I had a hotel room in Wyoming for the first night, an app that I was confident would help me as I moved throughout the state and time on my hands. All I needed to do now was research interesting facts about Wyoming, as that's how I get ideas for where to go.

Many of us saw Rocky IV when we were younger, and those of us who did may have wondered where the scenes from the Soviet Union were actually filmed. The cabin in which Sylvester Stallone stayed is in Jackson Hole and the mountains and landscape where he trained are in the Grand Teton National Park, which is about as beautiful as anything you will ever see. I toured around in these areas, but it was summertime so I didn't have to worry about any cars getting stuck in the snow or any other winter-related problems.

If you want to experience the old west as it's depicted in movies, you should spend time in Wyoming. While I was traveling there, I noticed that there were ruts in paths on which I was hiking all over the state. I asked someone about them and they told me that back in western times, people traveled through and around the state in huge numbers by wagon. There were so many wagons, in fact that grooves were worn into the paths. Many of those wagon wheel grooves remain today, and it's a neat thing to see when you're standing over them.

Wyoming and the First National Monument

President Theodore Roosevelt was known for many things, including his love of the outdoors and protecting the environment. He really enjoyed Wyoming, and he actually named the first National Monument in the history of the United States here. In 1906, President Roosevelt named Devil's Tower a monument, and it's a unique and beautiful rock formation that still stands proudly over the surrounding landscape to this day. People come from all over to see it on a regular basis, and it started a trend that's been copied around the country.

Most people who have read American history remember that women gained the right to vote in 1920 with the passing of a Constitutional amendment. However, Wyoming was way ahead of the rest of the country, as it began to allow women to vote back in 1869. A woman became the first in the United States to vote in a general election in 1870, which was a mid-term election. Ulysses S. Grant was the President of the United States at the time. You could say that this is yet another way that Wyoming was a trendsetter.

As I made my way back to the airport for my flight home, begrudgingly, I looked back on all that I had gotten to experience in the Equality State, which is an apt nickname for such a gorgeous place. I also got to make use of my new favorite travel companion, HotelTonight. I found Wyoming hotels that were ready mere hours after I made the reservation as I bounced around the state, and I made sure to remind myself to keep using that app in the future, wherever I happened to wind up on my travels.

How many hotels are in Wyoming?

There are 269 hotels in Wyoming available from Hotel Tonight.

What are the best areas to stay in Wyoming?

Some of the top areas in Wyoming to stay are:
Thermopolis
Rock Springs
Riverton

What are most popular hotels in Wyoming?

What are the best hotels in Wyoming?

How much is a hotel room in Wyoming?

What is the cheapest time to go to Wyoming?

Our hotels prices have varied throughout the year from $105.57 to $194.88 On average, we've seen the cheapest room prices in April

Which hotels in Wyoming have a pool?