Find a Hotel Tonight in
Illinois

Where to stay in Illinois

What Guests are Saying About Illinois 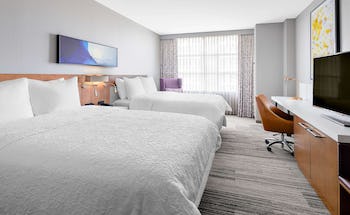 123 E Cermak Rd Suite 300, Chicago
95%
liked it
&nbsp; (
657 Ratings
)
The lobby staff was friendly and the room was pleasant (although the TV’s guide did not work). While it is not as easy to access the Hilton as the Marriott, it was still very nice to have direct indoo... Show More
Reid H. 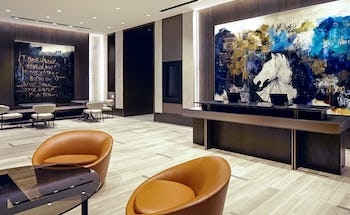 100 W Monroe Street, Chicago
98%
liked it
&nbsp; (
59 Ratings
)
Bed was super soft! Like fall into the ground soft. Room was good size. I could hear a lot of commotion through the vents in the room, but still not too bad, the other guests were a bit wildly the nig... Show More
Surona F. 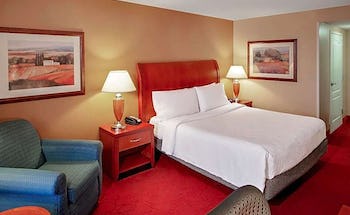 I had been to Illinois a few times in my life, but I'd never really taken the time to explore this state, especially those parts outside of Chicago. I had been there for work, and anyone who travels for work understands that these are not pleasure trips. I generally flew into Chicago, did what needed to be done and flew home as soon as we were finished. At most, I got to experience a restaurant or two, which wasn't enough for me. When I travel, I like to wander and I generally refuse to fall into the trap of adhering to some strict schedule or itinerary. That generally works out well, but there have been times when I was caught without a place to stay. I decided to do some wandering through Illinois, but I wanted to reserve an Illinois hotel room at least for the first night I was there.

I didn't want to spend much time on this task, so I grabbed my phone and searched for an app that dealt with hotel rooms in Illinois and everywhere else. I found HotelTonight and had my Illinois hotel room booked within a couple of minutes. I realized that this could be an extremely useful app to have with me as I traveled through the state, as it would help me find a hotel room at the last minute and it would base the possibilities for lodging on where I was at the time. All I needed was some sort of Internet or cellular connection. I was more than ready to roll this time, as all I needed was to do some research on interesting facts relating to Illinois. It's this type of information that I use to guide my travels. I couldn't wait to get started.

Chicago Is a Great City

I decided to start my trip in Chicago, as there is just so much to do and see there. It is home to the Sears Tower, and it is also the city in which the first skyscraper was built before the end of the 19th Century. Chicago was also home to the first aquarium, and that also opened before 1900. You can see quite a few skyscrapers and aquariums here now, and you can do just about anything else you could ever imagine. I took in a ballgame and made sure to gorge myself on some of that famous Chicago-style pizza, which in itself is worth the trip.

Illinois Is the Home of Superman

Yes, I understand that the hometowns of superheroes are generally made up for several different reasons. There is no Gotham City, although many feel its real-life equivalent is New York. However, there actually is a place called Metropolis, Illinois, and it's home to just over 6,000 people. The residents of Metropolis don't shy away from the comparisons, either, as there are tributes large and small to Superman all over town. It's really an interesting place to visit if you are into superheroes and these types of stories.

Illinois Is the Birthplace of McDonald's

Every gigantic, worldwide success gets its start somewhere, and that certainly holds true with regards to the restaurant business. There are few if any brands more successful and more recognizable than McDonald's, as you can find the golden arches in nearly 120 countries. If you want to take a step into the past and to this company's beginnings, you can see a museum dedicated to the first McDonald's in Des Plaines, where the first franchise opened in 1955. It's quite an experience to see how this restaurant operated so many years ago.

Illinois Is Not Home to Mountains

If you're looking to climb in altitude and experience mountainous terrain, Illinois is not your place. The highest elevation at any point in the state is only 1,235 feet above sea level, and it sits on a family's property. Every so often during the year, that family will open the property to a few members of the public who can sit and enjoy the rarified air of Charles Mound. Other than here, most elevation in the state is well below 1,000 feet above sea level, making it a relatively easy hiking spot.

As I headed back to Chicago for my flight home, I realized that I had learned and seen a lot in the Land of Lincoln. I have a better understanding of what life is like here and I know more about the state outside of Chicago. What I also learned is that thanks to my new favorite app, HotelTonight, I can travel how I want to and still feel pretty good about finding an Illinois hotel room or a room anywhere else at the last minute. I looked forward to traveling with my new electronic companion in the future.

How many hotels are in Illinois?

There are 1034 hotels in Illinois available from Hotel Tonight.

What are the best areas to stay in Illinois?

Some of the top areas in Illinois to stay are:
Marion
Bloomington
Peoria

What are most popular hotels in Illinois?

What are the best hotels in Illinois?

How much is a hotel room in Illinois?

In the last 30 days, HotelTonight prices in Illinois have been as low as $47, though the average room costs closer to $111.79 per night.

What is the cheapest time to go to Illinois?

Our hotels prices have varied throughout the year from $109.95 to $177.48 On average, we've seen the cheapest room prices in February

Which hotels in Illinois have a pool?