Find a Hotel Tonight in
Idaho

Where to stay in Idaho

What Guests are Saying About Idaho 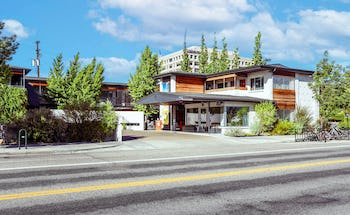 1314 W Grove Street, Boise
97%
liked it
&nbsp; (
222 Ratings
)
The check in process was quick and easy. The staff are friendly and helpful. My room was very clean, it’s like an updated fancy version of a motel. Very nice walk in shower. Easy to park and access th... Show More
Jordan L. 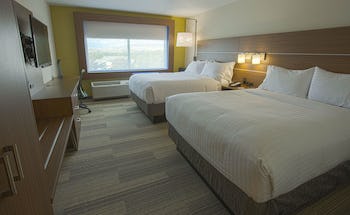 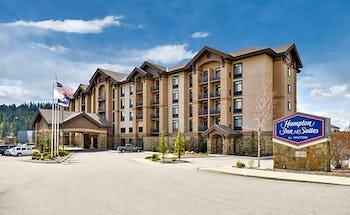 When I travel, I like to hit the open road and just see what happens from there. There doesn't seem to be a better place in the United States for this to happen than in Idaho, as it's about as open as open gets. I had never been to Idaho, but I decided to go one day for a vacation. Aside from all the open space, Idaho seems away from it all for someone who lives on one coast and often works on the other, and it also seems like a place where I could lose myself for a few days and not really worry about anything. Of course, the one thing that I would need to keep in mind is that I'd need to find an Idaho hotel room every night, and that's not something I wanted to leave completely to chance if I could help it. I decided to look around a bit to see what I could do about that before leaving.

I grabbed my phone--what else?--and searched for an app that helps people find last-minute hotel rooms. I found one called HotelTonight, and I searched for Idaho hotels. I was quite impressed that the search returned so many results. Upon closer inspection, I realized that these were not just ordinary hotels either, as they were all very nice properties. I was even more impressed when I noticed that the rates offered for these last-minute reservations were very reasonable. I chose a hotel in Boise, as that's where I was going to be the first night, and within seconds I had my room booked and confirmed. It was just that easy. All I had to do now was some quick research on Idaho. I like to look at fun facts about a place, as that helps me decide where to go and what to see.

Boise Has Always Been a Welcome Sight

I learned something on that first day in Boise, aside from the fact that this is a beautiful city with a lot of different friendly people. Boise was initially named during the early part of the 19th Century when Canadian trappers came to the area and saw a river and trees after many days on the prairie. They apparently screamed, "Les Bois!" when they saw it, which means "the trees" in French. The name stuck, and that's how many believe Boise came to have its current name.

Idaho Has the Deepest Gorge

When people think of the deepest gorges in the United States or even the world, most think of the Grand Canyon, and for good reason. The Grand Canyon is world-renowned for its descent downward among many other things. However, the deepest gorge in the United States is Hell's Canyon, which drops nearly 8,000 feet below sea level. That's more than 1.5 miles down, and it's quite a sight to see for anyone who enjoys being completely and totally surrounded by nature while looking directly towards the sky. That was an incredible day.

I've always enjoyed western movies, and I've always wondered what it would be like to live in these towns that are portrayed in them. While these communities no longer exist, there are a lot of different ghost towns in Idaho, and I spent a day seeing many of them. Overall, there are approximately 1000 ghost towns in Idaho, and seeing even a few of them firsthand was a surreal experience that I'm not sure I'll ever forget. If I ever want to go and get totally lost somewhere, any of these ghost towns would be options to consider.

Idaho has a lot of different mountains that dot the landscape, and that means that a lot of people here enjoy skiing. Back in the old days, skiing used to be a bit of a chore because once you got to the bottom of the mountain, it was a lot of work to get back towards the top. Sun Valley, Idaho, changed all of that in 1936 when it opened the first chair lift. It cost 25 cents for every trip, and it was used in the summer as well as the winter.

As I made my way back to Boise and the airport for my flight home, I thought back on what an incredible experience it had been seeing this gorgeous and wondrous state. I had seen mountains, prairies, rivers, trees, ghost towns, ski hills and I'd met more nice people than I could even count. I would make sure to come back here someday to spend more time in and around the state, and when I did I knew I'd be able to find an Idaho hotel room in seconds with HotelTonight.

How many hotels are in Idaho?

There are 218 hotels in Idaho available from Hotel Tonight.

What are the best areas to stay in Idaho?

Some of the top areas in Idaho to stay are:
Hailey
Mountain Home
Jerome

What are most popular hotels in Idaho?

What are the best hotels in Idaho?

How much is a hotel room in Idaho?

What is the cheapest time to go to Idaho?

Our hotels prices have varied throughout the year from $104.98 to $177.31 On average, we've seen the cheapest room prices in February

Which hotels in Idaho have a pool?