Find a Hotel Tonight in
NoDa 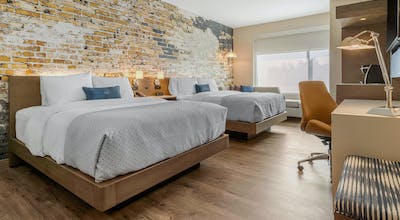 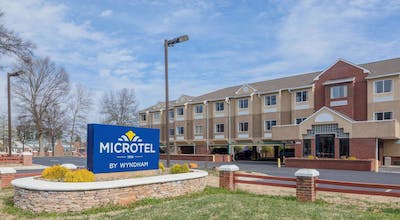 Charlotte, North Carolina is one of the major hubs of the southeastern portion of the United States. It's been that way for a long time, and given its size and growth it's a place that has several layers that make up the entire community. There is a traditional southern layer that is always fun to experience. There is a modern layer that fits well with the traditions. There are a lot of people whose families have lived here for generations and there are many others who have moved here seeking a happy life. It's all one big stew, so to speak, and it's a place I've always enjoyed exploring. I travel a lot, and that means that I wind up on a lot of layovers. I recently found myself facing a 24-hour layover in Charlotte once again, so I decided to use that time to the fullest. I chose one neighborhood to explore during my free time, as this approach lets me learn more about a place. I was going to explore NoDa. I wasn't worried about finding lodging, either, as my HotelTonight app would find me a NoDa hotel as soon as I needed one.

For generations, NoDa didn't look anything like it does today. That's because it began and continued to exist for a long time as an industrial area, mostly dedicated to manufacturing textiles. Given how industrial areas looked at the time, NoDa was filled with factories and enormous buildings and warehouses. There wasn't much here in the way of residential areas, but that all began to change a generation or two ago. What you see now is a neighborhood transformed into something completely unique and beautiful, even though a lot of the traditional look has been maintained in a tasteful manner.

NoDa is short for "North Davidson," and it's become the unofficial center for the arts in Charlotte. As you walk down the street, you'll see art studios all over the place and artists hard at work inside them painting, sculpting and generally doing their thing. You'll also see a lot of different galleries. I spent time in quite a few of those as well. You also notice that specific artistic flair around the little community that tends to show through in neighborhoods where artists tend to live. Those little touches make a huge difference.

As one would expect in such an artistic place, there are many choices for food available here. I heard that there was a southwestern cafe that had been featured on national television recently, so I wanted to try that for myself. The frijoles and green peppers I had along with several other tasty items were incredibly tasty, and not necessarily something one would expect to find in the southeast as opposed to the southwest. I could see why it was so popular with the locals.

I had eaten a great meal and I had enjoyed a great day. Now it was time to enjoy a great night of sleep inside a NoDa Charlotte hotel room. I opened my HotelTonight app, and it listed choices for me based on my current location. I booked a room and made my way towards it, satisfied with my experience in NoDa.