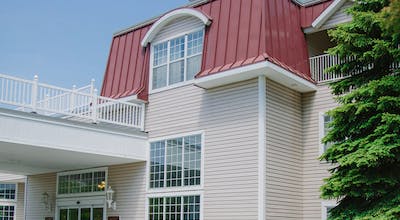 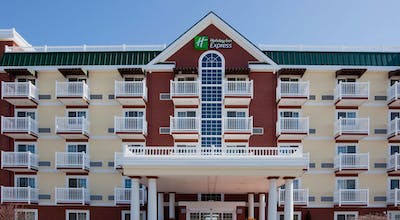 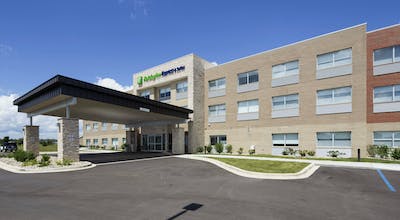 What Guests are Saying About Traverse City 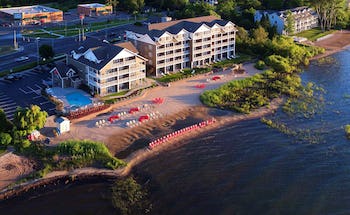 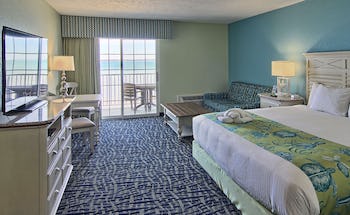 There are certain parts of the country that I don't visit often, mostly because of geography. If a place doesn't sit between cities I travel to often for work, chances are I'm not going to have a chance to see it. That's the case with Traverse City, Michigan. I had heard a lot of great things about it, but since it was a bit out of the way I never thought about spending time there. I hoped to see it one day, but that was about it. However, due to a whole confluence of circumstances that would be almost impossible to adequately explain, one day I found myself sitting at the airport in Traverse City. Given that this is a very small airport, there was no way I was getting on another flight until the next morning. Suddenly, I had 24 hours in Traverse City to do with as I chose. I chose, without any hesitation whatsoever, to explore. I wasn't concerned about finding lodging, either, as I always travel with my HotelTonight app. I'd book a Traverse City hotel room in seconds as soon as I was ready to call it a day.

There are several different bays that branch off of Lake Michigan, and one of them is known as Grand Traverse Bay. That's the body of water on which Traverse City is built, and it's the foundation of this community of approximately 15,000 people. It's a beautiful, clean and relatively calm bay that attracts people from all over the area. On the day I was there, I saw more fishing and speedboats than I could count. I saw jet skis. I saw some swimmers braving the cold surf. I saw people enjoying the sun on the beach. This is a beautiful place.

Just up the road a bit is the Traverse City State Park. I was feeling outdoorsy that day given how I started things off at the beach, so I spent several hours at the park afterward. There were hiking trails all over the place, and I jumped on one that took me through a cover of trees that were almost like a tropical jungle, they were so thick. I walked past the lake a bit and several tributaries, watching birds nest and squirrels keep themselves busy. The serenity of this place was remarkable.

There are quite a few options for dinner in Traverse City despite its small size. For whatever reason, I felt like a big, juicy burger. I heard about a local place that made them very well. I walked in and found a very nice, relatively modern place with a bit of a diner feel. I sat down at the wooden bar and ordered the cheeseburger and fries. The burger was enormous, and it was nice and rare in the middle. The bun was soft and the cheese was local, so the whole thing came together nicely. It really hit the spot.

I was quite full after such a big meal, and I was quite tired after all that walking all day. I opened my HotelTonight app and booked a Traverse City hotel room in a matter of seconds. It was just up the road, so it wouldn't be long before I was sleeping deeply, looking back on a day well-spent.

How many hotels are in Traverse City?

There are 34 hotels in Traverse City available from Hotel Tonight.

What are most popular hotels in Traverse City?

What are the best hotels in Traverse City?

How much is a hotel room in Traverse City?

In the last 30 days, HotelTonight prices in Traverse City have been as low as $68.2, though the average room costs closer to $213.08 per night.

What is the cheapest time to go to Traverse City?

Our hotels prices have varied throughout the year from $80.88 to $244.38 On average, we've seen the cheapest room prices in March

Which hotels in Traverse City have a pool?

There are 21 hotels with pools in Traverse City. Some of them are:
Holiday Inn Express Hotel & Suites Acme Traverse City
West Bay Beach - A Delamar Resort
• 90% of HT bookers liked it
Best Western Plus Traverse City