Find a Hotel Tonight in
Zaragoza 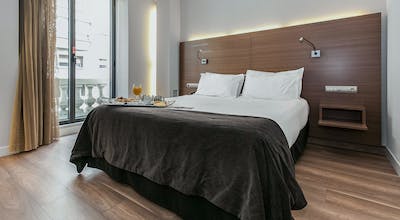 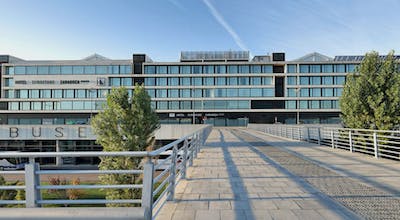 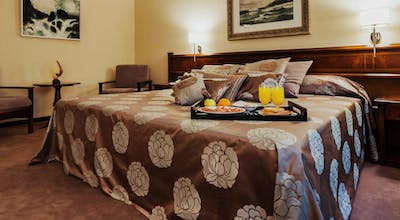 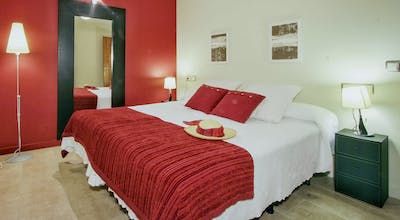 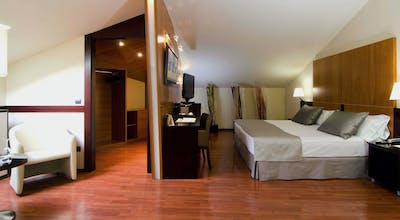 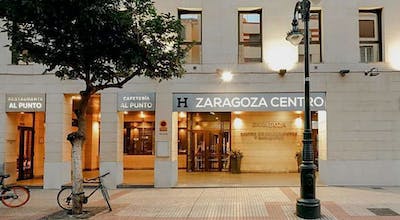 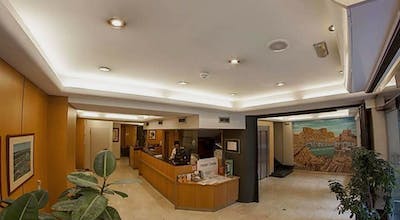 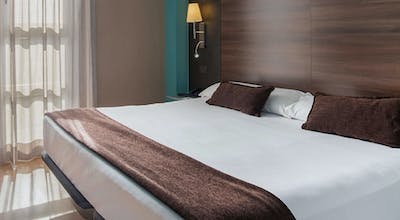 Many people who have not been to Spain may not realize it, but this is one of the most diverse and interesting countries in the world. Over several centuries, different groups have shaped what we see in Spain today, and it's always worth the time to learn more about the cities that sit inside it. I had been to quite a few places in Spain, but never Zaragoza, a city of more than 600,000 people in the north of the country. I had a chance recently to spend a 24-hour layover there, but when that opportunity arose I wasn't sure what was going to happen. I didn't want to sit in the airport or just wander around aimlessly, so I decided to see if the world of apps could help me find a Zaragoza hotel quickly. If so, I was ready to take in all that I could within that one-day time frame.

I found an app on my phone called HotelTonight, and while I wasn't familiar with it at the time I really liked the way it looked. I opened it and searched for Zaragoza hotels. I was happy to see that there were choices available, and I narrowed it down to a place that looked like it would work based on what I was looking to spend and where it was located. I started the booking process and was amazed that I had my room booked and confirmed within a handful of easy clicks. I had not only saved myself from a day of drudgery at the airport, but I had also provided myself with a home base while I explored this beautiful city.

For me, it's always been somewhat difficult to identify what old means in Europe, but that wasn't the case in Old Town Zaragoza. It sits to the south of the Ebro River, which is an important landmark in this city. Many of the top attractions in Zaragoza are in this part of town, and I tried to see as many of them as possible. The Basilica del Pilar and Catedral del Salvador are two stunningly beautiful old churches, and I spent a lot of time appreciating the architecture, learning about their history and of course taking a lot of photos that I would most certainly appreciate in the future.

When you venture away from these cathedrals, you wander almost immediately into the Plaza de Pilar, which many people who live here consider the center of Zaragoza for more than one reason. It's teeming with activity, and it was fun to just sit for a while and watch the people go about their days. From there, I walked around a bit more and came upon other, smaller plazas, each of which had their own appeal and their own type of vibe. This really was a diverse and interesting place. I couldn't wait to see what the middle of the day had in store.

Downtown Zaragoza has its own feel as well, and that feel as I can describe it best is that of a bustling, modern and scenic city. The Gran Via is the main drag in town, and it dates back almost 100 years. Apparently, builders planted trees when the street was built because they line Gran Via on both sides, giving the area almost a canopy-like look and feel. I wanted to take a bit of a break from all of the city life that was happening around me, so I found a park that was not only enormous, but surprisingly quiet. I found a big bench under the shade of a tree and just sat and enjoyed the scenery around me.

It was getting to be the middle of the day, so I was ready for lunch. I asked some people walking by in the park for recommendations, and they were able to point me in a couple of different directions. I ultimately settled on a locally owned, small restaurant that served tapas. I love tapas, so I ate happily and was excited about being able to try so many different things. Feeling satisfied, I moved on to my final stop of the day.

The Universidad de Zaragoza is the focal point of this district, and it's a beautiful campus. I walked around for a bit and snapped some more photos. This was also an area that presented an opportunity to purchase some gifts, which I did for my family and friends. I'm sure there wouldn't be too many people in their hometowns running around in Universidad de Zaragoza clothing, so I was excited for all of them to see what I brought home.

I was also ready for dinner. It was early for dinner in Spain, but not for me. Once again, I found a place near campus that served a different type of tapas, and this time I sat there for well over two hours just enjoying each dish that was placed in front of me. This is how they do dinner in Spain. It's served and eaten slowly and each dish is savored. I was full and happy.

How many hotels are in Zaragoza?

There are 37 hotels in Zaragoza available from Hotel Tonight.

What are most popular hotels in Zaragoza?

What are the best hotels in Zaragoza?

How much is a hotel room in Zaragoza?

In the last 30 days, HotelTonight prices in Zaragoza have been as low as $86.13, though the average room costs closer to $88.52 per night.

What is the cheapest time to go to Zaragoza?

Our hotels prices have varied throughout the year from $58.63 to $210.65 On average, we've seen the cheapest room prices in January

Which hotels in Zaragoza have a pool?

There are 3 hotels with pools in Zaragoza. Some of them are:
Hotel Hiberus
Reina Petronila
Hotel Alfonso