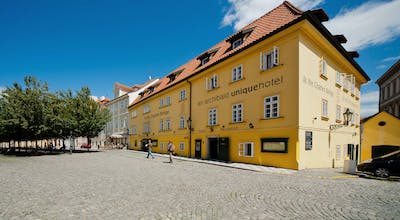 Archibald At The Charles Bridge 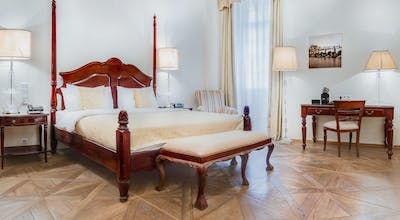 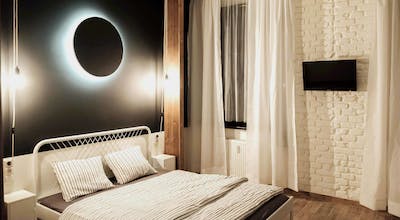 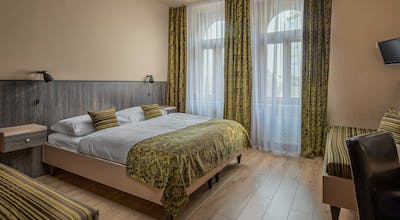 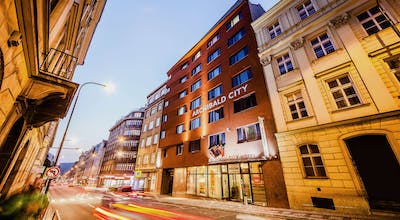 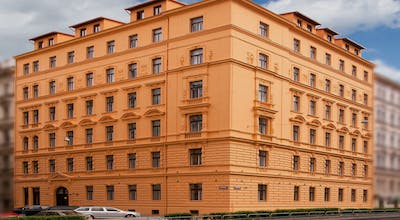 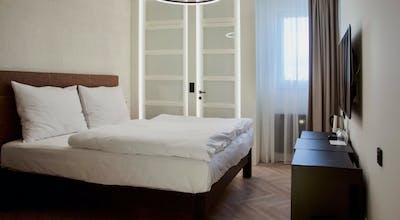 What Guests are Saying About Prague 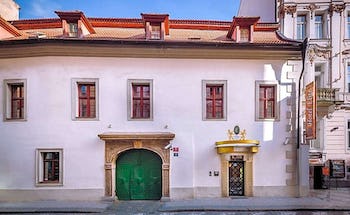 Ostrovni 32, Nove Mesto, Prague
95%
liked it
&nbsp; (
21 giudizi
)
Staff was so helpful and friendly, we were able to leave our car and luggage for a few hours after checkout allowing us to experience more of beautiful Prague!
Jon L.

There are certain places in the world that personify what people visualize when they hear certain words. When someone wonders what it's like to spend time in Europe, one of the best places they could go for such an experience is Prague. The city is beautiful, as it has kept a lot of its old-world charm while incorporating modernity that people expect. I can speak to this personally as I had a chance to visit Prague recently and had quite an experience doing so. I wound up having an extra day in Europe for a variety of reasons and one of the cities I could spend a day in was Prague. All I had to do was find a Prague hotel room in short order. This was, so I thought, no small task, as booking international hotels can take quite a bit of time.

Fortunately, I found an app called HotelTonight. I hadn't used it prior to this trip, but I opened it and searched for Prague hotels. There were several choices available immediately on my screen, and they were even organized such that I was able to find what I tend to like very quickly. I was even more impressed when I went through the booking process, as that can be arduous in other settings. I had my room booked and confirmed within a matter of minutes. I was all set. All that was left for me to do was decide which parts of the city I wanted to explore so that I could get a feel for what it's like not only to visit there, but also to live there.

Prague is uniquely laid out, as it is basically split by the Vitava River. New Town is a bit of a misnomer, as it was actually founded in 1348. It's referred to as New Town because a lot of the modern development has occurred here. The sights are incredible for anyone who loves architecture, as you'll walk down streets where buildings that are several hundred years old sit near those that are only a few years old. You'll see all sort of different local shops, restaurants and beer halls, and you'll see the people of Prague converging on this part of town to conduct their daily business.

Old Town is not far away, and it dates back to the 12th Century. You can sense that you're standing in a historic place when you get to the Old Town Square, which is surrounded by extremely old buildings and churches. It's a gathering place for visitors and locals alike, and it's also home to quite a few restaurants and cafes. I stopped at a café and had a coffee, and I'm not sure there is a better place on the planet for people-watching than right here. The only drawback is that your attention is also drawn to these extremely old churches, buildings and arches that border the square.

This area of Prague used to be known as the place where Jewish people were told to live in darker times. Over the years, immigrants were also required to live here, but as a result the blending of the cultures led to a stunningly beautiful scene with historic buildings all around. There were also quite a few restaurants from which to choose here, and I was more than ready for a nice lunch. I decided on a kosher eatery, and the food was something special. I was more than satisfied with my meal and ready to head out to spend the rest of the afternoon exploring this amazing place.

Hradcany is home to the largest castle complex in the world, Prague Castle. This is a piece of architecture that has to be seen to be believed. It dominates the skyline. There are several other breathtaking buildings here that were inspired by such periods in history as The Renaissance, and you can almost see the history in a tangible sense as you walk around. There were several different shops here, and I decided it was time to grab some gifts for the people in my life. I filled a few bags rather quickly, including some Bohemian crystal for which this part of the world is known.

Strahov was where I ended my day. I found my way into a monastery that was founded in 1143, so yes, that means that it's nearly 900 years old. I walked around the beautiful grounds for a bit and noticed that I was at a high point in the city. I could see all of it on a clear day and as the sun set. I decided to have dinner there, as they serve food and have been brewing their own beer for hundreds of years. I sat and ate and enjoyed my meal and my drinks, talking to people who worked there and who were visiting from other places. It was an unbelievable meal overall.

Sadly, it was time for me to head back to my hotel. As I did so, I thought of how I had experienced the quintessential Europe that day. I saw history, architecture and cobblestone streets that take you back in time. I also thought about how none of this would have been possible without HotelTonight. I was able to find a Prague hotel room in minutes, and I was actually excited to get back to my comfortable space and enjoy a night of restful sleep.

How many hotels are in Prague?

There are 278 hotels in Prague available from Hotel Tonight.

What are most popular hotels in Prague?

Among our most booked hotels in Prague are:
The ICON Hotel & Lounge
&nbsp;•&nbsp;89% of HT bookers liked it
Botanique Hotel Prague
Urban Creme Hotel

What are the best hotels in Prague?

How much is a hotel room in Prague?

In the last 30 days, HotelTonight prices in Prague have been as low as $30.7, though the average room costs closer to $97.68 per night.

What is the cheapest time to go to Prague?

Our hotels prices have varied throughout the year from $50.33 to $102.66 On average, we've seen the cheapest room prices in January

Which hotels in Prague have a pool?

There are 39 hotels with pools in Prague. Some of them are:
Hotel Kings Court
Kosher Hotel KING DAVID Prague
AXA Hotel