Find a Hotel Tonight in
Richmond 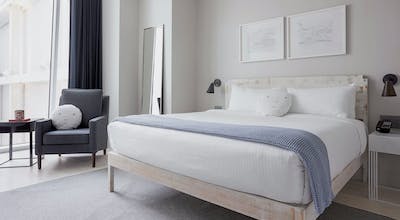 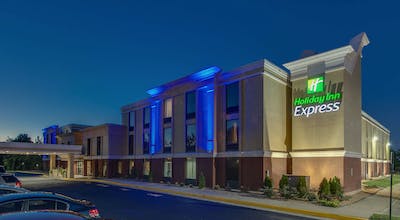 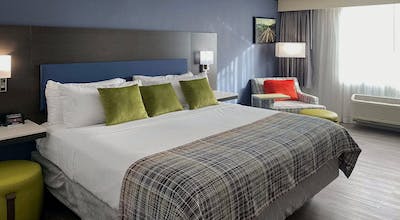 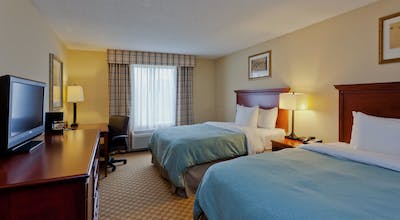 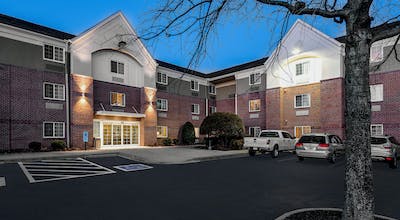 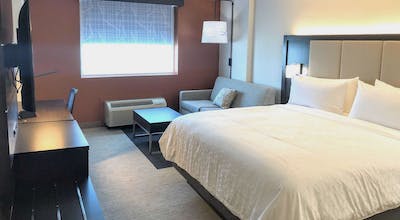 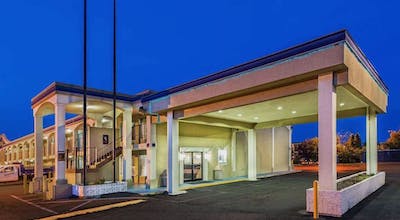 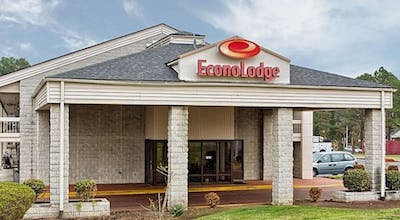 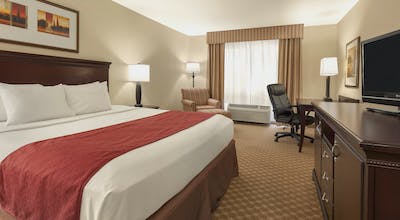 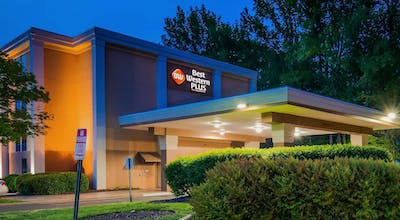 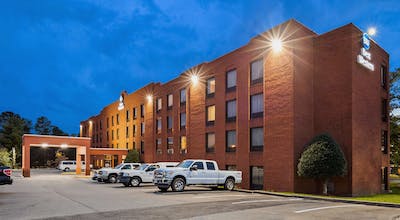 What Guests are Saying About Richmond 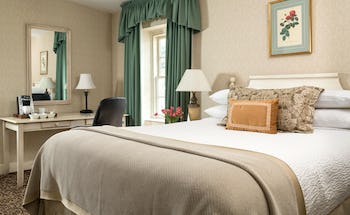 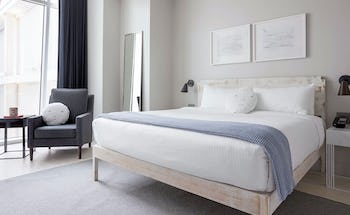 201 W Broad St., Richmond
96%
liked it
&nbsp; (
1,172 Ratings
)
Nice room with high ceilings, great bathroom. Clean. We were there for a short time overnight so didn’t get to take advantage of the gallery in the lobby. Breakfast was shockingly really good and fill... Show More
Nancy P. 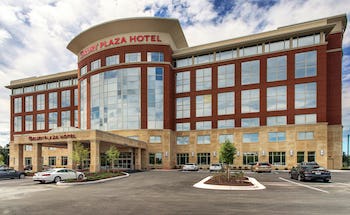 11049 West Broad Street, Glen Allen
95%
liked it
&nbsp; (
140 Ratings
)
This place was a perfect stopping point on a trip from FL to NJ. Service was excellent, very clean room, and variety of restaurants and shopping in the immediate area
Nevine R.

As the capital of Virginia, Richmond is steeped in history and culture, and it's one of the most popular destinations in the South. Since I'm a self-proclaimed history buff, I had always wanted to visit Richmond, but I didn't actually get the chance to visit this Southern city until recently. When the opportunity arose to take a last-minute trip to the charming city of Richmond, I cancelled all of my other weekend plans and immediately went to HotelTonight's app to book a last-minute hotel in Richmond.

When I travel, I try to experience cities like locals would, as I feel that's always the best way to see the authentic vibe and character of a city. While I'm never against visiting a monument, museum or historical location during my travels, I do try to get off the beaten track and explore cities as if I lived there, which is exactly what I did while visiting Richmond.

Shockoe Slip is a historic neighborhood that feels as if it hasn't been marred or changed by the passage of time. The cobblestoned streets and preserved Victorian buildings in Shockoe Slip create the perfect picture of Southern charm. In keeping with its rich history, this neighborhood boasts great boutiques, antique shops and museums. It also has a much livelier side, though, and is a popular destination for locals looking for an after-work watering hole. I wandered through the cobbled streets of Shockoe Slip and soaked in the rich culture and distinct energy of the neighborhood before heading downtown.

Even though downtown Richmond is a walkable, urban area, it still feels like a small Southern town. Since my hotel was located downtown, I decided to wander the streets of downtown in the evening so that I could find a great spot for dinner. A few locals told me that downtown is home to some of the best restaurants in the entire city, so I was excited to try some delicious Southern cooking my first night in Richmond. In addition to downtown's vibrant restaurant scene, it also has a burgeoning nightlife scene. So when the sun sets in the evening, downtown Richmond becomes a magnet for locals looking to unwind, mingle and enjoy some good food and good drinks.

The next morning, I visited a neighborhood called The Fan. This young, vibrant neighborhood is home to many college students and young professionals, which is why it has a great variety of cheap restaurants, coffee shops and drinking establishments. I had breakfast and a cup of coffee at a local café, and then I spent an hour or so meandering the district's beautiful streets. The Fan is an eclectic neighborhood, filled with gorgeous old homes as well as trendy restaurants and bars, and I could definitely see why this neighborhood is one of the city's most coveted locales.

The streets of Carrytown, Richmond look like they belong in a painting, which is why I kept pulling out my phone and snapping photos of this cute, colorful neighborhood. Carrytown is best known as a paradise for shoppers. Just a short walk away from The Fan, Carrytown is an enchanting area full of unique boutiques and shops. Since shopping is the main activity in Carrytown, I decided to pop into a few stores to see what the fuss was all about. Several hours later, I realized I had completely lost track of time while browsing all of the interesting, eclectic stores in the area. But on the bright side, I did find several great souvenirs to remind me of my time in Richmond.

As one of the most historic neighborhoods in Richmond, Church Hill was a destination I simply couldn't skip during my Virginia vacation. This picturesque neighborhood was where Founding Father Patrick Henry gave his most famous speech, exclaiming to the crowd, "Give me liberty, or give me death!" Today, Church Hill is mostly known for its great restaurant scene, so I ended my busy day in Richmond at a small local restaurant known for its German-American fusion cuisine.

Richmond, Virginia has a rich history that is deeply ingrained in the local culture, but the city also buzzes with the energy and excitement of a modern city. Each of the neighborhoods I visited in Richmond had its own distinct vibe, which is why I found Richmond to be such a fun, fascinating city to explore.

The next time an opportunity arises for me to take a last-minute trip to a city like Richmond, I know my first step will be to book a hotel room on HotelTonight. Being able to book a great hotel at a moment's notice gives travelers more freedom over their vacations, which I think is one of the best ways to travel and experience new places.

How many hotels are in Richmond?

There are 58 hotels in Richmond available from Hotel Tonight.

What are most popular hotels in Richmond?

What are the best hotels in Richmond?

How much is a hotel room in Richmond?

What is the cheapest time to go to Richmond?

Our hotels prices have varied throughout the year from $134.82 to $157.52 On average, we've seen the cheapest room prices in December

Which hotels in Richmond have a pool?

There are 30 hotels with pools in Richmond. Some of them are:
Hilton Richmond Downtown
&nbsp;•&nbsp;97% of HT bookers liked it
Best Western Plus Glen Allen
Four Points by Sheraton Richmond