Find a Hotel Tonight in
Delaware

Where to stay in Delaware

What Guests are Saying About Delaware 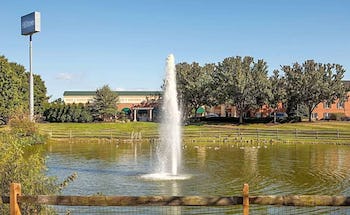 100 Continental Dr, Newark
95%
liked it
&nbsp; (
304 Ratings
)
The Hilton here was fantastic! The service during check in/out was great. Efficient and friendly. The room was super clean and the bed was super comfortable. I was driving through on a road trip and... Show More
Johanna M. 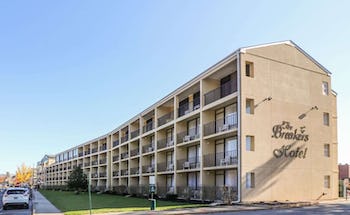 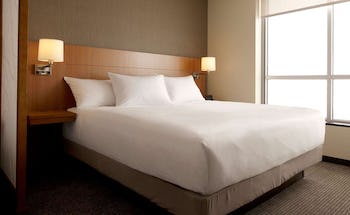 I have taken several vacations over the years to different states across the country. I like to travel in a somewhat random fashion, as that's more fun for me and I wind up seeing and learning more about a place than if I had plotted every course on a map and stuck to a strict schedule. That's because my interests take me places that I may not have foreseen, and looking back I realized there was a lot I didn't know about every state I visited until I spent this type of time there. One state I had never seen before was Delaware, at least until recently. I decided to take a trip there for my most recent vacation, and I'm glad I did. The only planning I did before traveling was finding an app that could help me find a Delaware hotel room in case I needed one at the last minute.

The app I found before leaving was HotelTonight. I had never used it before, but it was a quick and easy download. I searched for Delaware hotels and was surprised at how many were available via this app. I chose one for the first night as I knew where I was going to be, as I wanted to see how the booking process worked. I was extremely impressed at how quickly this entire process progressed. I had my room within a few taps and swipes and that was that. I had discovered a new travel companion and I knew that if I was stuck for some reason, I could find a last-minute Delaware hotel room if I needed one with HotelTonight. All that was left to do before leaving was some research on the state so I could get an idea of where I would go while there.

One of the most bizarre yet utterly entertaining things I had ever seen occurred in Delaware, in Sussex County to be exact. It was a competition known as the Punkin Chukin, and it's the world championships of chucking pumpkins. This isn't some sort of shot-putting competition, as you can use whatever device you want. I saw tractors, catapults and all sorts of crazy things. The winning toss traveled over a mile, and the crowd was enormous and went wild with some of the better hurls. It was unlike anything I had ever seen, but it was a lot of fun.

I spent some time in Wilmington, which is a beautiful place and a city any traveler must see in his or her lifetime. One of the many interesting facts I learned about the history there is that it was once home to Bob Marley. Yes, that Bob Marley. It seems that before he became a world-famous musician and cultural icon, he spent some time working in an auto manufacturing plant in Wilmington. I even saw his old house, which as you would guess was relatively unassuming in nature. I had no idea Bob Marley had ties to Delaware.

I also spent time in Rehoboth Beach, which is somewhat unknown to the country at large. This is a gorgeous Atlantic Ocean shoreline that people from the region frequent in large numbers. You need to know your laws here, though. For instance, it's illegal to go trick-or-treating in Rehoboth Beach on a Sunday. It's also illegal to change your clothes in your car or in a public restroom. That was fine by me, but as I talked to more and more locals the more I realized that this was a place with its own set of rules to be sure.

I made sure to see as much of Dover as I could, which is the capital city of Delaware. I toured the Delaware Agricultural Museum, where I learned that the first log cabins in what would become the United States were built in Delaware during the 17th Century. There was one on display at the museum, and it was maintained quite well. Looking at it presented a pretty blunt picture of what it was like to live during that colonial time.

As I made my way to the airport for my flight home, I thought back on what I had seen and done while in this beautiful state. I met some great new people, saw some fascinating things and experienced a very friendly culture. I also traveled well with my new travel companion, which is HotelTonight. It helped me find a hotel room in Delaware more than once, and that's a valuable resource to have at your disposal when you're on the road. I looked forward to traveling in the future with my new best travel buddy.

How many hotels are in Delaware?

There are 94 hotels in Delaware available from Hotel Tonight.

What are the best areas to stay in Delaware?

Some of the top areas in Delaware to stay are:
Lewes
Fenwick Island
Dover

What are most popular hotels in Delaware?

What are the best hotels in Delaware?

How much is a hotel room in Delaware?

What is the cheapest time to go to Delaware?

Our hotels prices have varied throughout the year from $115.6 to $232.26 On average, we've seen the cheapest room prices in February

Which hotels in Delaware have a pool?