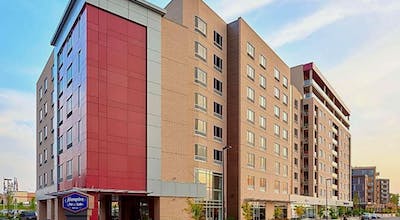 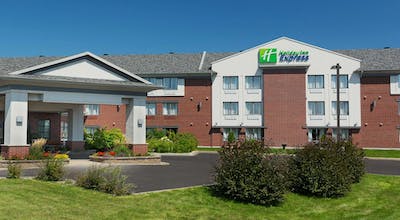 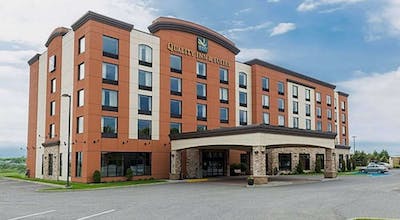 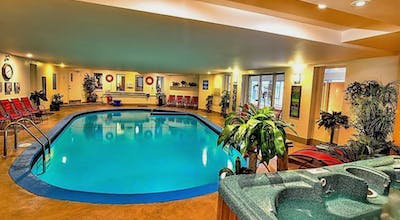 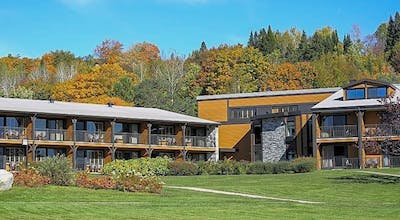 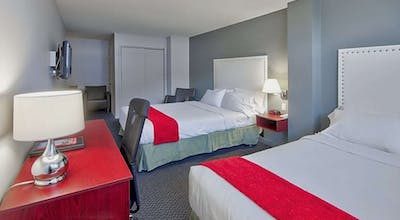 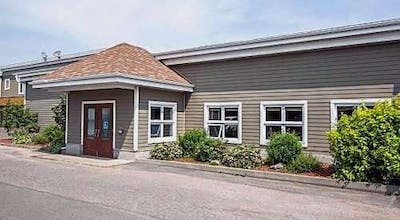 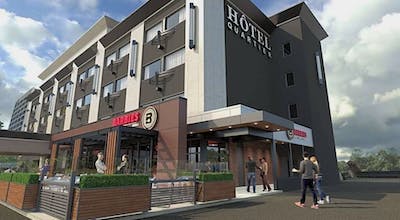 What Guests are Saying About Quebec City 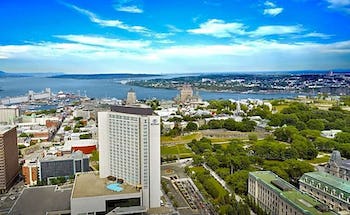 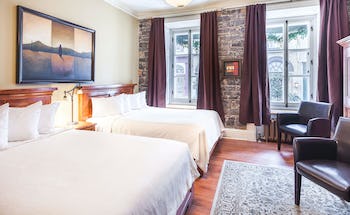 There's a slice of Old Europe right here in North America. For those who want to experience what it's like to spend time in a European city, you don't necessarily need to fly across the Atlantic Ocean from the United States. Quebec City in Canada is about as European as a city in this part of the world can get in terms of architecture, culture, style and cuisine. I had an opportunity to travel to Quebec City recently, and I was extremely excited about doing so. My excitement only grew when I found out that I had an extra day on the end of my work trip to explore the area and get to know it a bit. The only task at hand for me was finding a hotel room in Quebec City, but I felt that I was up to the challenge even though finding a room at the last minute, especially internationally, can be a challenge.

I did what most other people would do in this situation and grabbed my phone. I found an app called HotelTonight and decided to give it a shot. I was quite impressed with the choices for Quebec City hotels it returned, and I went through and chose one that I thought would fit my needs and expectations. The coup de grace, so to speak, was the booking process. HotelTonight had my room reserved and confirmed within a few minutes. I was amazed, but I was also already planning on where I would go within Quebec City so that I could get a feel for what it would be like to live here. It was time to explore.

Where better to start exploring such a unique place than at a UNESCO world heritage site? Old Quebec was distinguished with this honor more than 30 years ago, and it doesn't take long to see why. There is not only a lot of history here in terms of the military, politics and religion, it's also stunningly beautiful. Old Quebec is the only walled city in North American north of Mexico. The streets are narrow as you'd find in Europe and the architecture looks like something straight out of several hundred years ago. I could have spent the entire day here and not given it a second thought, but sadly it was time to move on to my next stop.

Saint-Roch is a neighborhood in Lower town that has been through a lot of change recently. For many years, Saint-Roch was, simply put, a very rough part of town and not somewhere you'd necessarily want to visit. Over the past 15 – 20 years, however, that has all changed drastically. Millions of dollars have been invested here and this is now an area that features a lot of young professionals, eating options, nightlife, shopping and business. There's no telling where this part of Quebec City could go in the future, but it was interesting to see how redevelopment works here.

Yes, this may be a difficult neighborhood to pronounce, but it's also a part of town that's been around for nearly 500 years. The first settlers from Europe arrived here in the mid-16th Century. It sits along the riverfront and is also like a piece of nature in the middle of a cosmopolitan metropolis. These days, the area presents a nice mix of that history along with some modernity. It also provides options for lunch, which was important at that point because I was starving. I wanted something local in flavor, so I stopped at a place that served poutine. If you haven't had it and you enjoy things like French fries, cheese curds and gravy, have poutine here.

Saint-Emilie is another formerly independent area that was amalgamated into Quebec City in 2002. It still seems to have its own vibe, and this is a neighborhood that is as diverse as the rest of the community. Fortunately for me, it's also home to quite a few small shops and the like, as I needed to purchase some gifts for the people in my life. I found some unique items here that I was sure would be a hit when they were opened. I walked around for a bit longer and then decided to head to my last stop for the day.

Vanier is a bit outside of the city as well, and it seems to be a home for families. It's interesting to see a residential area that still has an overriding European feel. It's even more interesting to walk through a park and see families doing pretty much the same thing they do in the United States or anywhere else, only in French. My curiosity had been satisfied, but my hunger had returned. I wanted to get back into the city to have a big, fancy dinner to close out my excellent day.

As I sat over my dinner of delicious meat pie, another local favorite, I thought about how interesting the day had been. I got to see a city that is unlike any in the United States or perhaps in this half of the world. I was looking forward to returning to my room for a deep sleep. At that moment, I realized that this day was possible because of HotelTonight, which helped me find a Quebec City hotel room in a matter of a couple of minutes. It's good when things come together like this.

How many hotels are in Quebec City?

There are 63 hotels in Quebec City available from Hotel Tonight.

What are most popular hotels in Quebec City?

What are the best hotels in Quebec City?

How much is a hotel room in Quebec City?

In the last 30 days, HotelTonight prices in Quebec City have been as low as $53.64, though the average room costs closer to $87.47 per night.

What is the cheapest time to go to Quebec City?

Our hotels prices have varied throughout the year from $77.39 to $125.7 On average, we've seen the cheapest room prices in October

Which hotels in Quebec City have a pool?

There are 34 hotels with pools in Quebec City. Some of them are:
Fairmont Le Château Frontenac
Best Western Premier Hotel Aristocrate
Best Western Plus City Centre/Centre-Ville