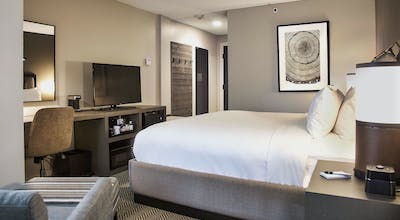 The Inn at Riverwalk, an Ascend Hotel Collection Member 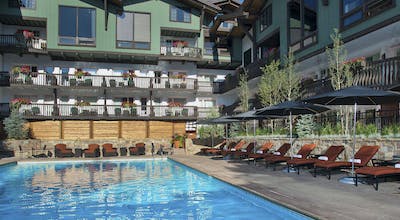 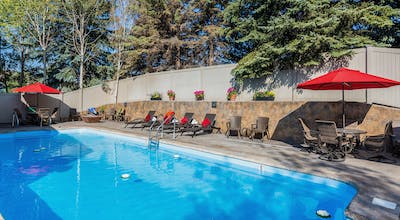 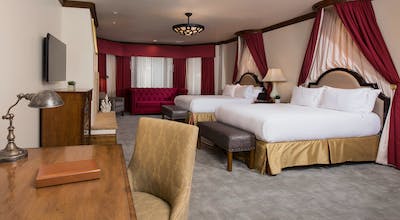 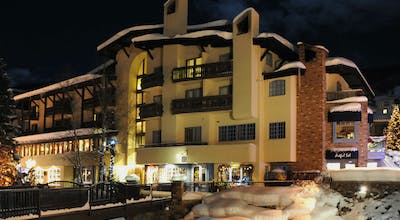 Tonight’s Hotels Under 129 $US 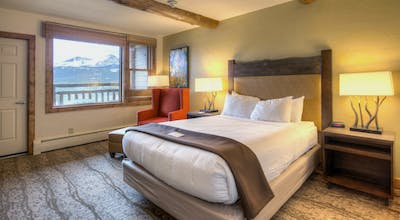 The Lodge at Breckenridge

A Riverside Inn Travelodge by Wyndham

The Inn at Riverwalk, an Ascend Hotel Collection Member

What Guests are Saying About Vail 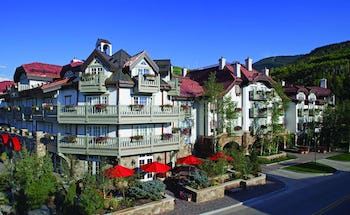 20 Vail Road, Vail
98%
liked it
(
433 évaluations
)
What an incredible stay from start to finish! Top notch, seamless service & makes you feel at home! We will be back!
Mimi B. 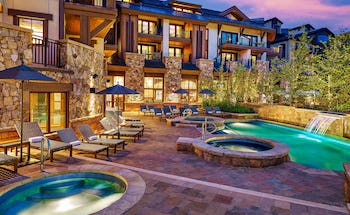 People come to Vail in the winter to ski. During the rest of the year, they come to enjoy the outdoors in the mountains. Vail attracts an enormous number of tourists every year, and everyone understands the main tourist attractions here. That's why we were here – to hike and to enjoy the greenery in the summer. We spent an entire weekend out and about, and every day was a new level of adventure and exercise. The only potential regret arose when it was suddenly time to go home and we hadn't really spent any time in the city or its neighborhoods. That's how I like to travel, as I like to experience a new place in a way that gives me an idea of what it's like to live here. I decided that if it was possible, I was going to extend my stay for another day.

I called the airline and pushed my flight for a day, and I called the rental car company and extended my agreement for 24 hours. All I had to do now was find a hotel room in Vail. That sounds easy enough, but at the last minute it can be extremely difficult and potentially costly. I found HotelTonight on my phone and searched for Vail hotels. There were several nice choices, and much to my surprise I had a room reserved within a handful of clicks. I was all set. I asked the staff at my new Vail hotel where I should go, got some information and jumped into my day.

I almost always start my exploration of a new city in the downtown area. It gives me a good idea as to the overall vibe of a place. Downtown Vail, which I had barely seen over the weekend, was a lot like other ski resort towns in that no detail was spared and no luxury was unavailable. There were as many tourists here as locals, it seemed, which is not unusual considering the location. It was a beautiful area to be sure, and whether someone wants to eat, drink, shop or people-watch, this is a good place for any of those activities.

I wanted to get out of town a bit to see some of the surrounding areas, and I started in East Vail. It's not too far from the main village, but it feels like it's quite a distance away. That's exactly what I wanted. Out here, you'll find a lot of high-end homes built seemingly into the mountains. It's a place for people to get away from it all and to enjoy a mountain retreat, so while it's gorgeous there really isn't a lot happening here. If you take nature into account, there's a lot happening. It was still worthwhile to see this place.

West Vail is a bit closer to the main village and it's got a bit more going on than its eastern counterpart. There is a little sort of town here and some infrastructure, including a city market and a café, which was a very good thing because I had built up a big appetite by the time I noticed it. I asked some people nearby if this was a good place to eat, and they gave me a big thumbs-up. It had a full lunch menu, and I went with a big club sandwich. As big as my appetite was, it was extinguished with this tasty and filling monster. Satisfied, I decided to move into my afternoon.

Lionshead Village is right near the main part of Vail, so I was getting closer to where I started earlier in the morning. I realized at this point that I did not have any gifts to give to the people in my life. Lionshead Village is a great place to shop around, as there are a lot of shops and options for such a need. I walked around a bit, filled a bag with very nice gifts and then spent some time talking to the people I encountered on the streets. I was already beginning to think about dinner, as strange as that seemed. It must have either been the mountain air or the number of calories I had been burning in the previous few days.

For my last stop, I chose Eagle Creek. This was a commercial area for the most part, which was good because it was getting to be around dinnertime. I browsed in some shops for a bit and looked around, and then I decided I had to do something about my stomach. I asked a couple of people where I should eat, and found a nice locally owned place that served a wide variety of foods. I was feeling homey, so I wanted something that tasted like home cooking. I had a roast beef dinner, and it was absolutely delicious.

What a day I had enjoyed. I got the most out of my 24 hours in Vail, and I owe a lot of that to HotelTonight. Vail hotels can be difficult to find at the last minute, but HotelTonight presented me with choices, and their reservation process was incredibly simple. I would definitely use their service again when I traveled, I thought as I happily drifted off to sleep. I was exhausted, but in a good way. It had been a great day.

How many hotels are in Vail?

There are 36 hotels in Vail available from Hotel Tonight.

What are most popular hotels in Vail?

What are the best hotels in Vail?

How much is a hotel room in Vail?

What is the cheapest time to go to Vail?

Our hotels prices have varied throughout the year from $101.83 to $389.86 On average, we've seen the cheapest room prices in April

Which hotels in Vail have a pool?

There are 32 hotels with pools in Vail. Some of them are:
Comfort Inn Vail-Beaver Creek
The Sebastian - Vail
• 97% of HT bookers liked it
Vail Racquet Club Mountain Resort Condo