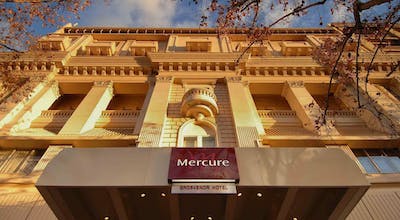 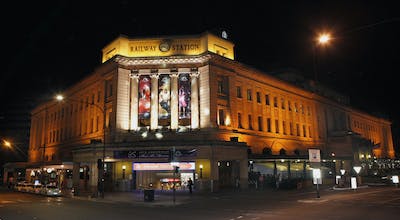 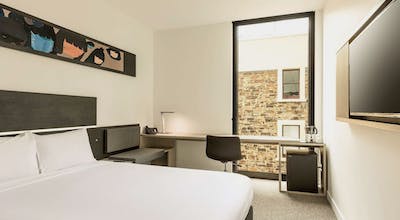 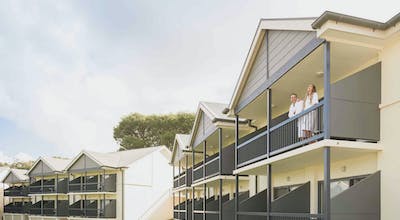 Tonight’s Hotels Under 213 $US

HotelTonight – Adelaide Hotels at the Ready

I like exploring any city where you can supposedly get from one end to the other in 20 minutes. I'd be even more intrigued about doing so if I could move around on a bus that drove on specially made tracks. One such city, Adelaide, Australia, can boast of both perks. It's called the "20 Minute City" because many believe you can get from any point to any other point in Adelaide within that period of time. You can do so on what is called the O-Bahn, which is a bus that travels with other traffic, but it can also use its own customized tracks to avoid that traffic. I badly wanted to see this and many other things, and I recently had a chance to spend 24 hours there. All I had to do was find a hotel room in Adelaide within 5 minutes.

I wasn't sure what to do about that, as I didn't normally book last-minute hotel rooms. I pulled out my phone and searched for such an app, and found one called HotelTonight. I opened it and searched for Adelaide hotels, somewhat skeptical of what I'd get in the results. I was impressed by the number of Adelaide hotels that were available and I really liked the quality of the places and the reasonable rates. I chose a property and was even more impressed when I realized that I was able to book a room within a few swipes and taps. I was all set – within a few minutes I had found an Adelaide hotel room. All I needed to do now was get a list together of where in the city I should visit during my 24-hour adventure.

Adelaide's City Centre seemed like a logical place to start my exploration. This is an area that is absolutely bustling with activity, which is interesting because there is still a laidback feel to the entire community. City Centre is home to the Parliament of South Australia, which is the state in which Adelaide is located. The architecture here is interesting, in that there is a mix of very modern buildings along with structures that look at least 100 years old. I walked around here and took in all of the scenery, and it gave me a pretty good feel for what this city was all about.

My next stop was just to the north in Brompton. This area of town seems to have attracted the bohemian types, as there are artists seemingly everywhere doing their thing. There were also a lot of different secondhand shops, boutiques and bars. What I wanted at this point, though, was a coffee, and I was able to find a nice-looking café that had outdoor seating. I enjoyed a tasty cup of Australian coffee along with a few sweets and just people-watched for a while, taking a small break in what was already shaping up to be a big and exciting day.

Golden Grove is a bit farther out from the middle of the city than Brompton, but it's also enormous. Golden Grove was built to accommodate the growing population of Adelaide, and it's a place with a nice mix of young professionals, young families and even some retired folks. It's safe, it's clean and it's got a lot of open space. It also has some nice restaurants, as I was directed to a bistro that served local food. I was starving, so I was ready for a feast. This place did not disappoint. I had a huge sandwich and a delicious salad, and I was all set to continue on into the afternoon.

I made my way to the west for my next stop, which was a beachside community known as Glenelg. It sits on the shore of Holdfast Bay and has a beautiful beach that attracts both locals and tourists from around the world. I walked on the sand for a bit and then looked around for some shops, as I wanted to make sure that I returned home with some gifts for the people in my life. I found some unique items that I was excited to give out sometime soon. I was also getting hungry again and started looking forward to my final stop of the day.

I stayed with the beach theme for that final stop of the day, winding up in Brighton which is right next to Glenelg. I continue to walk the beach for a bit and take photos, and I asked some people who seemed local about where I should have dinner. They sent me, somewhat ironically, to a nearby burger bar. I could see walking up that it was quite popular with locals. I ordered a burger, curious to see how they were done here. I can tell you that they were done very nicely. One thing about burgers in Australia is that it seems that no topping is off limits.

It was time to call it a day and head back to my hotel. I did so feeling great about what I had managed to do with this 24-hour opportunity. I also felt great about having found HotelTonight, as without it I may not have been able to reserve a hotel room in Adelaide so quickly. When I traveled in the future, I would do so with this powerful app at my side.

How many hotels are in Adelaide?

There are 46 hotels in Adelaide available from Hotel Tonight.

What are most popular hotels in Adelaide?

What are the best hotels in Adelaide?

Which hotels in Adelaide have a pool?

There are 16 hotels with pools in Adelaide. Some of them are:
Intercontinental Adelaide
Mount Lofty House M Gallery Collection
Adelaide Rockford