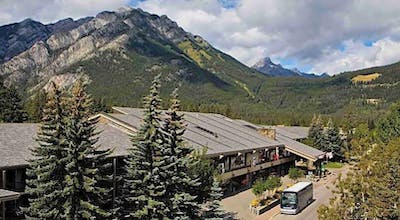 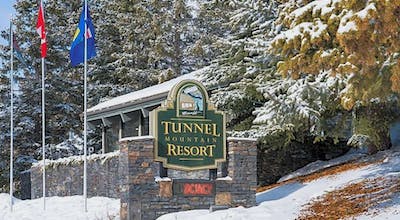 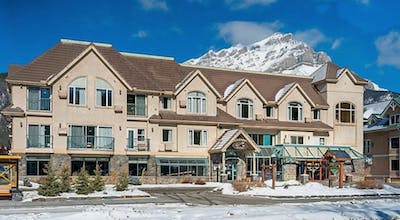 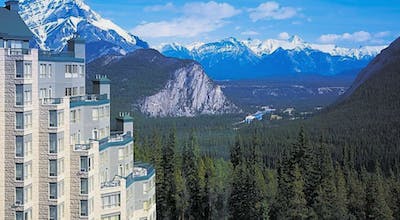 Tonight’s Hotels Under 591 US$

I love resort towns, but I especially love resort towns that aren't necessarily as well-known as those that everybody is familiar with on one level or another. That's why I was excited to head to Banff, in Alberta, Canada, for a short trip with my friends. We had all gotten together and planned our outing a few weeks earlier, with each person getting one job. Unfortunately, there was a cross-up between two people where each of them somehow thought the other was going to make sure to find us a Banff hotel. Therefore, on the night before we were all supposed to leave, no one had a hotel room in Banff. This seemed like an enormous problem, so there were some relatively intense discussions regarding what needed to be done to handle this situation. We agreed that we would all look around for last-minute hotel room apps.

I found one on my phone called HotelTonight. I hadn't used it previously, but it was worth a shot. I clicked through on Banff hotels and saw a wide array of choices, which was impressive. It was at this point that I emotionally prepared myself for the booking process, which from experience told me that it could take quite a bit of time to get this done. Regardless, we needed a hotel in Banff, so I forged ahead. To my amazement, we had our hotel rooms in Banff booked and confirmed within a couple of minutes. We were incredibly relieved. Now all we had to do was head to our destination the next day.

I am a bit different than most travelers in that I prefer to get to know a city through the perspective of the people who live there. I wanted to do the same with Banff before hitting the slopes for a couple of days. I started downtown, and what I saw was a beautiful resort town, complete with all of the amenities you'd see in other, more famous places. The entire community is surrounded by the Rocky Mountains, and it is quite a sight. I also asked a few locals what I should do with the rest of my day, and I got some great answers from some very friendly people. The day was off to a very good start.

Middle Springs is an interesting neighborhood in that it's almost entirely residential but it's also carefully planned and managed so that families have a relatively affordable place to live near town. The homes are very nice and well-maintained, and the first thing you notice in Middle Springs is that there are children seemingly everywhere. This is where the younger parents come to live while they work to raise their children. I may as well have been in just about any residential neighborhood in the United States, with the only difference being the majestic mountains in the background here.

Valleyview is a different kind of neighborhood in Banff in that there are residences here but there are also hotels for visitors. It's an interesting mix of people, but everyone who apparently lives here is extremely welcoming, patient and tolerant of those who may be unfamiliar with the area. It was also lunchtime and I was more than ready for a nice meal. I asked one of these friendly locals where to go, and she told me about a place that served fantastic sandwiches. I found it relatively easily and realized when I took my first bite that she was correct – this was quite a sandwich. I ate hungrily and happily, but I was also eager to get back into my day.

Tatanga II was also quite interesting in that it is extremely residential in nature. There was a mixture of single-family homes, townhouses and condos. There was also a nice park nearby, which was perfect because I wanted to walk off that delicious lunch. Despite the falling snow, there were still people all over the place enjoying the outdoors. The dogs didn't seem to mind either. It's quite an experience to just watch everyone who lives in a snowy area go about their days as if nothing is happening, much like others would on a warm, sunny day.

I decided to end my day with more walking and enjoying the outdoors before the sun went down. I strolled through Whiskey Creek and was quite impressed with its beauty, much like everywhere else I had seen already. I also needed to grab some gifts for the important people in my life, so I browsed some nearby shops and found some things that I knew would be appreciated. It was about dinnertime, so that meant it was time to head back into town and meet my friends who had been on the slopes all day.

I met my friends and heard their skiing tales as we all laughed. I told them what I had seen and we all agreed that it had been a great day for each of us. We laughed even harder when we remembered that just the night before, we did not have a Banff hotel. Thanks to HotelTonight, that problem was solved within a matter of minutes. I quietly reminded myself that when I travel in the future, I would do so with the help of HotelTonight.

How many hotels are in Banff?

There are 36 hotels in Banff available from Hotel Tonight.

What are most popular hotels in Banff?

What are the best hotels in Banff?

Some of the top rated HotelTonight hotels in Banff are:
Tunnel Mountain Resort
Inns of Banff
Buffalo Mountain Lodge

How much is a hotel room in Banff?

In the last 30 days, HotelTonight prices in Banff have been as low as $76.5, though the average room costs closer to $99.51 per night.

What is the cheapest time to go to Banff?

Our hotels prices have varied throughout the year from $78.26 to $221.25 On average, we've seen the cheapest room prices in April

Which hotels in Banff have a pool?

There are 15 hotels with pools in Banff. Some of them are:
Prestige Radium Hot Springs Resort, Best Western Premier Collection
Best Western Plus Siding 29 Lodge
Banff Rocky Mountain Resort