Find a Hotel Tonight in
Omak 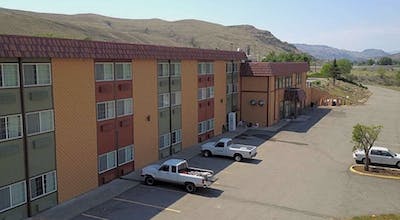 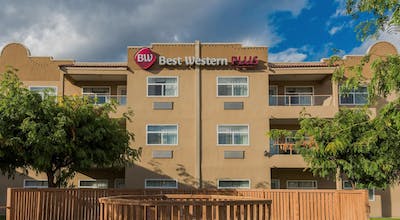 When most people visit the Pacific Northwest, they tend to visit the coastal cities, such as Seattle. The central regions of Washington tend to be overlooked, which is a shame, since there's so much history, charm and natural beauty in these areas. The city of Omak, for instance, sits at the foothills of the picturesque Okanogan Highlands in north-central Washington, and it has so much to offer both locals and visitors. From outdoor recreation to its preserved historic district, there's much to do and see in and around this small town. I stumbled upon Omak while driving through the middle of the state on a road trip, and I quickly fell in love with the small town charm of Omak. So I decided to extend my stay and book a hotel in Omak so I could really explore the region. To find a great last-minute hotel in Omak, I simply pulled up the HotelTonight app on my phone. Minutes later, I had booked a lovely hotel near downtown Omak.

When you walk down Main Street in Omak's historic downtown, you'll feel as if you're strolling through a simpler time. Downtown Omak almost feels like it's been untouched for decades, and it has perfectly preserved its small town feel. In this small downtown, you'll find local watering holes, restaurants and shops, so this is definitely where you want to go if you're looking for a good meal in Omak.

Despite how small Omak is, the town still hosts a number of annual events that draw visitors from all over the country. The biggest event, by far, is the annual Omak Stampede, which brings about 30,000 people to the city. Other popular events include the Omak Film Festival and the Okanogan County Fair. Omak proves that even small towns can provide big entertainment.

Omak is a dream destination for outdoors enthusiasts, as there are so many great parks, rivers, mountains and lakes nearby. In addition to the beautiful Omak Lake, locals also frequent lakes like Conconully, Crawfish, Fry, Duck and the Okanogan River. So no matter what type of water recreation you're looking for, you'll find it in Omak. From fishing and boating to waterskiing and kayaking, there's something for everyone in Omak. I spent a day at Omak Lake during my stay, and it felt as if I had stumbled upon a small slice of paradise in the middle of Washington.

Even though I was only in Omak for a couple of days, I really got a great feel for the heart and soul of the community during my short stay. Omak is a small town, and I felt right at home because of its welcoming community and laidback vibes. I made some great memories during my stay in Omak, and I wouldn't have been able to plan such a fun, spontaneous trip if it weren't for HotelTonight. Having HotelTonight in my pocket makes it so easy for me to take spur-of-the-moment trips on a whim.

How many hotels are in Omak?

There are 4 hotels in Omak available from Hotel Tonight.

What are most popular hotels in Omak?

Among our most booked hotels in Omak are:
Quality Inn & Suites Okanogan - Omak
Best Western Plus Peppertree Inn At Omak
Rodeway Inn & Suites

What are the best hotels in Omak?

How much is a hotel room in Omak?

What is the cheapest time to go to Omak?

Our hotels prices have varied throughout the year from $91.55 to $194 On average, we've seen the cheapest room prices in November

Which hotels in Omak have a pool?

There are 1 hotels with pools in Omak. Some of them are:
Best Western Plus Peppertree Inn At Omak