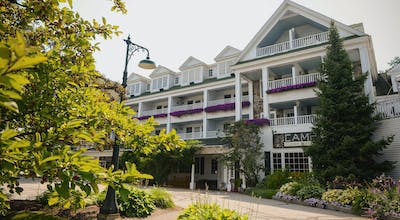 What Guests are Saying About White River Junction 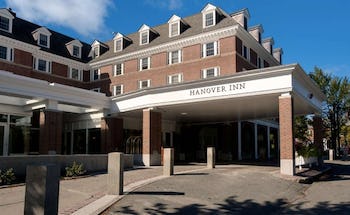 Driving in the extreme northeastern part of the United States is something I always enjoy. I've been doing it for a few years now, or ever since I took my current job as a traveling salesperson. When I drive through Vermont, I tend to lose myself in thought as I find myself surrounded by pristine rivers, babbling brooks and majestic, green mountains. It's the kind of place where time seems to stand still, even when I'm doing my best to get to my next meeting as quickly as possible. That's the only thing that bothers me a bit about my travels in Vermont and the surrounding region – I rarely if ever have time to stop and get to know some of the communities between Point A and Point B. That all changed on my last drive through Vermont. I got a call while on the road early one morning that my entire day of meetings had been canceled. Suddenly, I had an entire day to myself. Rather than keep driving, I chose to stop and explore the nearest community, a place called White River Junction. I wasn't worried about finding lodging. HotelTonight would help me book a White River Junction hotel room as soon as I was ready.

The first thing that struck me as I pulled into town was that this was not a big city. I found out later that only about 2,200 people live in White River Junction. However, the downtown area was quite something to see. If you purchased a postcard that depicted the quintessential New England town, you'd probably see something that looked like White River Junction. The colonial brick buildings, the clean streets and that general vibe of community were all present and obvious. I took a lot of photos of the area.

I was surprised that in a small city like White River Junction to find that there was more than one museum. I spent some time in the Museum of Science, which was lovely and offered a lot for children to experience. I also toured the Main Street Museum, which was totally unique. They displayed different collections of specialty items and knickknacks that I had never seen before in a museum. It was also small, as I only walked through two rooms. However, it was extremely interesting in that it did put life in this part of the world on display.

All day long, I had been hearing about a barbecue place that had earned a loyal following, so I decided to give it a try. The place looked like an old house or country tavern, and even the table cloths were checkered. The brisket they served was amazing, as it was juicy, tender and flavorful. It's not easy to cook brisket, but the macaroni and cheese and greens that came with it were sublime. Here I was in Vermont, eating as though I was somewhere in the Deep South.

I was quite full after that delicious dinner and quite tired. I opened my HotelTonight app and booked a White River Junction hotel room in seconds. I couldn't wait to fall into bed, happy with the fact that I had finally gotten to see one of these wonderful communities.

How many hotels are in White River Junction?

There are 12 hotels in White River Junction available from Hotel Tonight.

What are most popular hotels in White River Junction?

What are the best hotels in White River Junction?

How much is a hotel room in White River Junction?

In the last 30 days, HotelTonight prices in White River Junction have been as low as $79, though the average room costs closer to $135.72 per night.

What is the cheapest time to go to White River Junction?

Our hotels prices have varied throughout the year from $121.01 to $237.67 On average, we've seen the cheapest room prices in March

Which hotels in White River Junction have a pool?