Find a Hotel Tonight in
Tucumcari 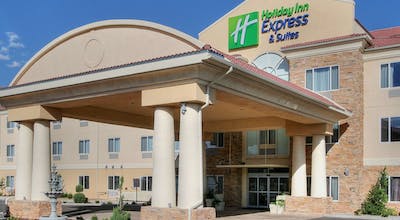 What Guests are Saying About Tucumcari 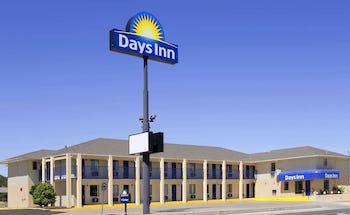 HotelTonight – Tucumcari Hotels Just for You

When I drive through New Mexico, I tend to be enchanted by what I'm seeing and experiencing on a sensory level. If there's any state or commonwealth in the United States whose nickname is apt, it's New Mexico and the Land of Enchantment. This is a special part of the country and the world, and I love that my job provides me with the opportunity to spend time here, albeit almost completely on the road. Oh, I stop in places like Albuquerque and Santa Fe for meetings, but other than that, I'm driving to and from other parts of the American Southwest. It's too bad, because I've always wanted to explore some of the communities that I pass by on the interstate. What's funny is just, as I was having that thought on my last trip through New Mexico, something went wrong with my car. I was near a place called Tucumcari, so I had the car towed into town where they told me they'd need a day to repair it. I guess I had my chance to explore – I opened my HotelTonight app, booked a Tucumcari hotel room in seconds and was off to my bed for the night.

Tucumcari is a small city, with approximately 5,000 people calling it home. It's also incredibly charming, and you can see the strong Native American influence that still resonates in several different ways. One such way, is in the art that I noticed all around town. There were murals all over the place, and they were nothing short of beautiful. They depicted several historical occurrences, the current culture and even some causes that are near and dear to the hearts of the artists. Regardless of what was on the paintings, it was clear that they were encouraged and supported.

No, there aren't actually dinosaurs in Tucumcari. If there was, I'm guessing everyone would have been there to see them by now. However, there is a museum dedicated to dinosaur fossils, and it was surprisingly intriguing. It wasn't very big or busy, but there were a lot of different exhibits in place showing different fossils of different sizes. The staff there was also quite knowledgeable and friendly. I walked around for a couple of hours, looking at exhibits, reading about dinosaurs and talking to some of the really friendly people who happened to be there that day.

There were a surprising number of options available for dinner that night, and a nice couple told me about a barbecue place that was really knocking it out of the park. I was all over that. I walked in, and it looked more like a deli, but the paper plates and plastic forks didn't bother me a bit. That was especially so, since the brisket and baked beans were so good I gobbled them up like there was a time limit. The potato salad was also nice and creamy.

HotelTonight – Tucumcari Hotels at the Ready

I was full, I was happy and just then I got the call that my car would be ready in the morning, so I was set to hit the road. I walked the couple of blocks to my Tucumcari hotel room that HotelTonight had found and took a nice, hot shower. As I was falling asleep in my comfortable bed, I told myself that I'd have to make my own opportunities to see lovely places like this in the future.

How many hotels are in Tucumcari?

There are 10 hotels in Tucumcari available from Hotel Tonight.

What are most popular hotels in Tucumcari?

What are the best hotels in Tucumcari?

How much is a hotel room in Tucumcari?

In the last 30 days, HotelTonight prices in Tucumcari have been as low as $56.6, though the average room costs closer to $109.58 per night.

What is the cheapest time to go to Tucumcari?

Our hotels prices have varied throughout the year from $59.79 to $117.13 On average, we've seen the cheapest room prices in January

Which hotels in Tucumcari have a pool?

There are 5 hotels with pools in Tucumcari. Some of them are:
La Quinta Inn & Suites by Wyndham Tucumcari
• 96% of HT bookers liked it
Holiday Inn Express Hotel & Suites Tucumcari
Best Western Discovery Inn