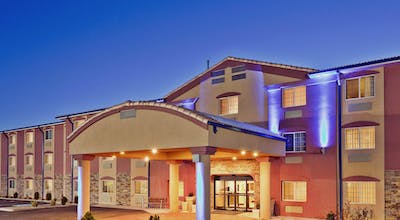 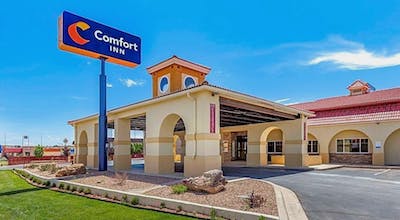 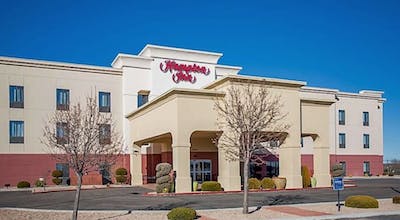 I like the fact that as a traveling salesperson, I'm on the road a lot. People who sit in their offices all day don't have the chance to get out and see the world around them, while they think about what they need to do to make that day a success. I'd rather look at landscape of different parts of the country, while doing that than a computer screen. I especially like driving through places, like New Mexico. This is a state that a lot of people don't know much about, myself included even though I've driven through it countless times. I've seen its wondrous mountains and enchanting desert lands, I've seen its cities from the highway and talked to some of the nice people there, but I've never had the chance to get out and explore a place. That all changed on my last trip, as car trouble on Interstate 40 near Santa Rosa gave me a day to myself while my vehicle was being repaired. I'd spend the day exploring this small community, and thanks to HotelTonight, I'd book a Santa Rosa, NM hotel room later that day when I needed one.

As much as I had seen of New Mexico, I don't remember thinking a lot about lakes and how they are a central part of some of the countryside there. Santa Rosa Lake, however, is a big reason that this city of around 2,500 people exists. I started my day walking along the shores of this beautiful body of water and saw a lot of people doing a lot of things to make the most of this resource. I saw a group of volunteers cleaning up, fishermen grabbing their catches and others relaxing in the sun on a beautiful day.

There are a lot of really interesting and unique rock formations in New Mexico, and one of them exists near Santa Rosa. It's known as the Blue Hole, and that's because this rock impression that goes about 80 feet deep at its deepest if filled with blue water. There are diving platforms built there for SCUBA divers and others who want to just take a quick break, but I didn't go in that day. I did see others do so, and they said the water was quite cold. I believed that, but was more interested in taking photos of this totally different location.

I heard a local couple talking about their delicious pizza from the night before when I was at the lake that morning and decided to give that a try that night. I'm glad I did. The pizza was fantastic. The crust was thin and crispy, and the sauce had a bit of southwestern tang in it that was memorable. The cheese and the fresh toppings accentuated that flavor, and overall it was a great meal, spent eating and talking with other patrons.

It had been a fun day, and at dinner I found out that my car would be ready in the morning. I opened my HotelTonight app when I finished my pizza and booked a Santa Rosa, NM hotel room immediately. 20 minutes later, I was sound asleep, happy that I had made the most of an unexpected situation.

How many hotels are in Santa Rosa?

There are 9 hotels in Santa Rosa available from Hotel Tonight.

What are most popular hotels in Santa Rosa?

What are the best hotels in Santa Rosa?

How much is a hotel room in Santa Rosa?

What is the cheapest time to go to Santa Rosa?

Our hotels prices have varied throughout the year from $97.5 to $140.01 On average, we've seen the cheapest room prices in February

Which hotels in Santa Rosa have a pool?

There are 3 hotels with pools in Santa Rosa. Some of them are:
La Quinta Inn & Suites by Wyndham Santa Rosa
Holiday Inn Express Santa Rosa
&nbsp;•&nbsp;92% of HT bookers liked it
Best Western Santa Rosa Inn