Find a Hotel Tonight in
Mississippi

What Guests are Saying About Mississippi 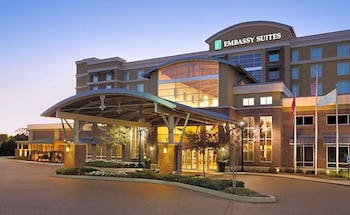 200 Township Pl, Ridgeland
97%
liked it
(
31 Ratings
)
Daisy at check-in was exceptional, jasmine at desk was joyful and helpful. Tony at breakfast, is a pleasure to speak to, and delivers your meal with a smile! Outstanding stay all around
Ed D. 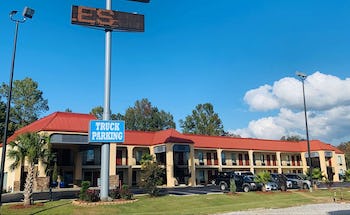 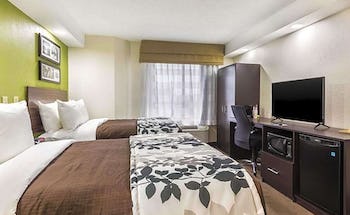 4351 Lakeland Drive, Flowood
90%
liked it
(
31 Ratings
)
Everyone was friendly! Was exactly what I needed after 15 hours on the road. Comfortable bed.
Kailani V.

When I travel, I like to break away from all routine as much as possible. Like any other professional, my daily life is dominated by schedules, calendars, time constraints and details that relate to every one of these things. Vacations are meant, at least for me, to be the exact opposite of all of that, so when I take a trip I never really know exactly where I'm going to go or where I'm going to wind up at the end of any given day. That's how I unplug. The only downside to this approach is that once in a while, I will be stuck without many options in terms of places to stay. I decided recently that I wanted to get to know Mississippi, but I also at least wanted to have a resource at my disposal in case I needed to find a Mississippi hotel room at the last minute.

I grabbed my phone and searched for apps that help people find last-minute hotel rooms. I found something called HotelTonight. I had not used it before, but I could tell immediately that it was easy to navigate. I decided that I might as well book a Mississippi hotel room for the first night I was there in Jackson, so I searched for Mississippi hotels. I found quite a few options, and not only did I find quite a few options but I found very nice options. The final bonus was that the rates for these rooms were extremely reasonable. I booked a room in Jackson in a matter of seconds, and I was all set. I was going to travel around Mississippi, and I had my hotel resource in case I needed it. All I wanted to do now was find some interesting facts about the Magnolia State to give myself some ideas of where I should go.

Mississippi Is the Home of the Teddy Bear

The teddy bear is as part of millions of child's lives around the world as any other toy. No one ever seems to talk about where the teddy bear ever came from, but when I visited Sharkey County in Mississippi, I got the full story. It seems that Theodore Roosevelt was here hunting during the early part of the 20th Century, and a bear was captured. Because it was captured, Mr. Roosevelt refused to shoot it. This so impressed those who saw and heard about this that the teddy bear was invented soon thereafter.

What does Jackson, Mississippi have in common with Helsinki, Finland, Varna, Bulgaria and Moscow? It has to do with ballet. Jackson is one of only four cities in the world, along with the other three already mentioned, to be sanctioned by The International Theater-Dance Committee to host the International Ballet competition. Jackson is a city that is home to a lot of history, but also a lot of culture. Ballet is just one of the many cultural things there is to do while you visit here.

Mississippi and Coca-Cola in Your Home

For the first couple of years after Coca-Cola was invented, the only places you could get it was at soda fountains. There was no way for consumers to be able to conveniently purchase it and bring it home. That all changed in 1894, when a bottler in Vicksburg began bottling Coca-Cola, and the rest, as they say is history. There are a lot of other things to see and do in Vicksburg, but this is just one of the many historical facts that make this city so unique.

Mississippi Is the Home of the Organ Transplant

Mississippi has long been a leader in medical science. In fact, the University of Mississippi Medical Center, or UMMC, was where the first lung transplant occurred in 1963. Less than one year later, the same doctor, Dr. James Hardy, successfully completed the first heart transplant in history, transferring the heart of a chimpanzee into a human. These are medical milestones that may not be well known outside of the medical community, but they have certainly benefited people all over the world since that time more than 50 years ago. This is yet another important historical fact related to Jackson.

As I made my way back to the airport, I thought about what I had seen while moving around this beautiful state. I saw history, I saw unique landscapes and I ate delicious food everywhere I went. I also saw a place where a lot of advancements were made. I thought about how I would never have been able to find such nice Mississippi hotels without the help of HotelTonight, and I made a note to myself that if and when I traveled in this manner again, which I would, I would make sure that I had this app by my side.

How many hotels are in Mississippi?

There are 439 hotels in Mississippi available from Hotel Tonight.

What are most popular hotels in Mississippi?

What are the best hotels in Mississippi?

How much is a hotel room in Mississippi?

In the last 30 days, HotelTonight prices in Mississippi have been as low as $40.4, though the average room costs closer to $101.7 per night.

What is the cheapest time to go to Mississippi?

Our hotels prices have varied throughout the year from $90.23 to $125.52 On average, we've seen the cheapest room prices in February

Which hotels in Mississippi have a pool?