Find a Hotel Tonight in
Kennebunkport 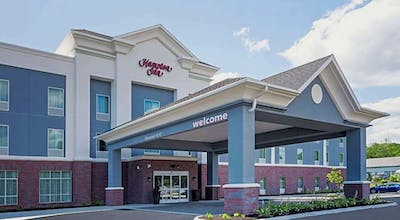 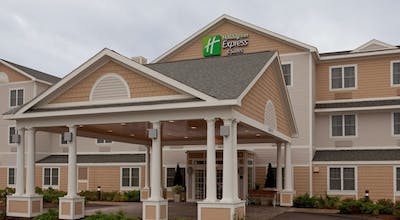 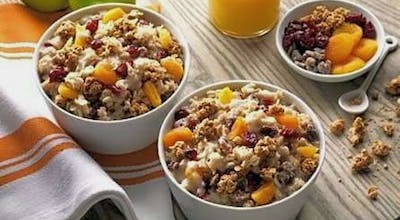 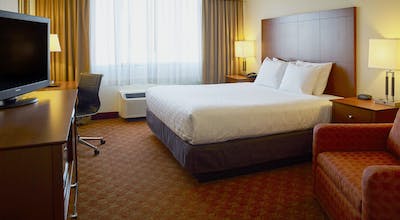 What Guests are Saying About Kennebunkport 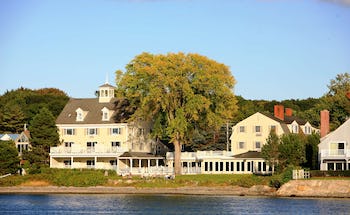 127/133 Ocean Avenue, Kennebunkport
93%
liked it
&nbsp; (
511 Ratings
)
This place is amazing. Couldn’t be any better location and the buildings and rooms are really nice. Staff was also super helpful. Honestly can’t think of anything to complain about. Would absolutely s... Show More
Matthew H.

I had never been to Maine before, but I got a chance to go recently for business. I spent the week in Portland, and it was a lovely place. I enjoyed my time there, but really wanted to see the famous rocky coast of the state. When you're in meetings all day, every day, that doesn't leave much time for exploring. Fortunately, I managed to get out of my meetings a day early, which gave me an opportunity to see the area. I wanted to get to the coast, though, so I chose Kennebunkport. I had heard great things about it and hoped to be able to get there soon. All I really needed to do was find a Kennebunkport hotel and find it fast. This would most likely be easier said than done, as even in the online world finding accommodations can take some time.

I grabbed my phone and found an app called HotelTonight. I saw some choices for Kennebunkport hotels, and they were impressive both in their number and in their style. I looked around for a bit and found one that I really liked. Now came the tough part, though, as I decided to go ahead and try to book a room. Much to my surprise, I had my Kennebunkport hotel room booked within a handful of clicks on the screen. It was amazing. I grabbed my things, tossed them in the rental car and excitedly headed for the coast. I was about to go see a wondrous place that I hoped I would never forget experiencing for the first time.

Kennebunkport may be famous given some powerful families that have stayed here in the past, but it was also small. About 3,500 people live here full time, and a lot of others come during the year to visit. Regardless, I was excited to see the landscape. I immediately headed for Ocean Drive and saw what I came to see – that famous rocky coast. I was mesmerized. I spent a ton of time just driving up and down the road, and I stopped to take a few pictures. I didn't take that many because I knew there was no way any camera could do this scene justice. I was grateful to have seen it.

As thrilled as I was to see the rocky coast of Maine, I wanted more of it. I drove a bit further north to Goose Rocks Beach, and what a breathtaking sight – and site – it was. This is an area of town where people tend to come in the summer and enjoy the coastal air. I could understand why they would do that, as the beach is unlike anything I had ever seen. It's called Goose Rocks Beach because a barrier reef that's off the coast called Goose Rocks is visible during low tide. I enjoyed the entire scene one more time and decided to keep moving.

Cape Porpoise is about as quiet and relaxed a community as you'll ever see anywhere. You can walk around the little neighborhood and still hear the wind and the sea depending on where you're standing. The people here are extremely friendly and welcoming, and the architecture is about as New England as New England gets. I was hoping to find a real New England lunch, so I asked around. I was directed to a local place that served – what else? – local seafood. I ate, and then I ate and then I ate some more. I couldn't stop. It was too delicious. When I finally had my fill, I decided it was time to move on, but I'd remember this place.

Many people think of the movie by the same name, but it was not filmed here. This Millers Crossing is the quintessential New England and Maine neighborhood. It's residential, families are out and about and having fun and there are some nice shopping options nearby. That was a good thing, as I needed to get some gifts for the important people in my life. I filled a few bags with some items that I was sure would be appreciated and put them in my car. I had time for one more stop for the day before turning in.

If you want to see how people in this area have learned to live with water nearby, come and see Clock Farm Corner. Yes, there is a famous farm here with a clock tower. The farm itself dates back to the 1700's and the clock was built during the early part of the 20th Century. It was beautiful, and I enjoyed it, but it was also time to eat. I asked some people for a recommendation and decided to once again enjoy some local fare. I'm glad I did, as there's really nothing like local food that's this fresh and tasty.

It was time to head back to the hotel. It had been quite a day that I thought not long before I'd be spending in a conference room in Portland. Instead, I got to see some of the most beautiful coastline in the world and enjoy some very friendly people. None of this would have been possible without HotelTonight, as the app helped me find a hotel room in Kennebunkport in a matter of minutes. I drifted off to sleep in my comfortable room in no time.

How many hotels are in Kennebunkport?

There are 24 hotels in Kennebunkport available from Hotel Tonight.

What are most popular hotels in Kennebunkport?

What are the best hotels in Kennebunkport?

How much is a hotel room in Kennebunkport?

In the last 30 days, HotelTonight prices in Kennebunkport have been as low as $104.59, though the average room costs closer to $173.45 per night.

What is the cheapest time to go to Kennebunkport?

Our hotels prices have varied throughout the year from $113.28 to $288.9 On average, we've seen the cheapest room prices in January

Which hotels in Kennebunkport have a pool?

There are 7 hotels with pools in Kennebunkport. Some of them are:
Cottages at Cabot Cove - Adult Only
&nbsp;•&nbsp;100% of HT bookers liked it
Hidden Pond
Cape Arundel Inn & Resort - Adults Only