Find a Hotel Tonight in
Tucson 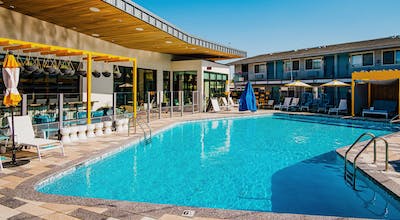 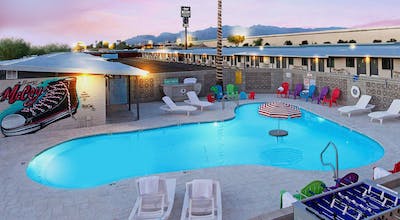 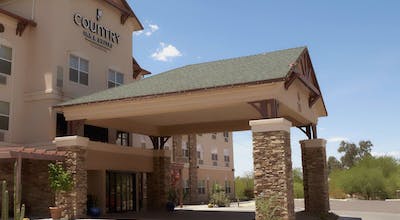 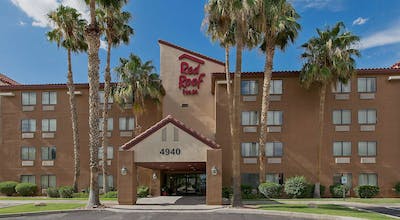 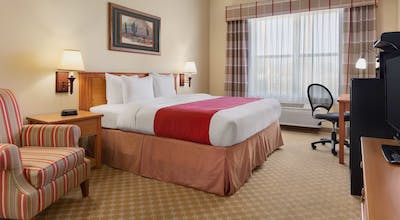 What Guests are Saying About Tucson 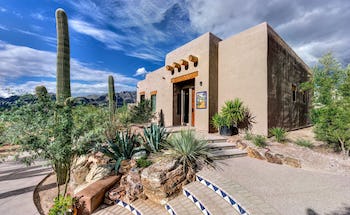 5501 N Hacienda del Sol Road, Tucson
96%
liked it
(
447 Ratings
)
The bed was super comfortable, and the room was beautiful and spacious!
Patricia F.

7000 N Resort Dr, Tucson
97%
liked it
(
78 Ratings
)
The service and staff were amazing! The hotel was extremely clean. So nice and hospitable.
Bernard santiago T.

Often overshadowed by its bigger, better known brother, Phoenix, the vibrant Arizona town of Tucson doesn't get as much love as it should. The only thing most people know about Tucson is that it is home to the University of Arizona, but few people consider Tucson a premier vacation destination, even though they should. After spending a few days in Tucson at a business convention downtown, I started to fall in love with the dry, warm weather and the picturesque desert landscape. Because I just wasn't ready to go home to the Midwest, where it had been snowing all week, I decided to extend my stay in Tucson and see what else this underrated Arizona destination has to offer.

To make my last-minute travel changes possible, I booked a hotel room for that night with HotelTonight. Within minutes, I had a great hotel room booked in a central Tucson neighborhood, and I was ready to hit the ground and start exploring this Arizona city.

I had heard that the El Presidio Historic District is one of the country's oldest neighborhoods, so naturally I knew I had to check it out. The Spanish started settling here in the late 1700s, but the Hohokam Indians had been in the area around 700-900 A.D. El Presidio is the neighborhood where Tucson began, and most of the houses in this area date back to the late 19th century and early 20th century, so walking along the streets of El Presidio was absolutely enchanting. While this neighborhood is now mostly residential, I couldn't help but picture what it was like in the 1880s, when it was where all of the city's most affluent, influential residents lived.

After wandering through El Presidio, I was so fascinated by Tucson's rich history that I wanted to see another one of the city's old neighborhoods, so I visited the Barrio Histórico. This 19th century neighborhood features Sonoran-style adobe row houses that made me feel as if I were in Mexico, not Arizona. This area is primarily residential, but it's worth a visit just to see the colorful, historic homes that line the streets. Apparently, this old Tucson neighborhood is home to many artists, and I discovered this to be true while walking past a row of shops that were owned by local artists. I purchased some unique pottery as a souvenir of my time in Tucson, and then I headed out of the Barrio Histórico to find some food.

For lunch, I made my way to the University District, which offers plenty of great dining options, most of which are budget-friendly for the cash-strapped college students. I grabbed a bite to eat and strolled up and down the streets, taking in the excitement and energy of this area. The neighborhood surrounding the University of Arizona has great shops, restaurants and bars, so there's always something to do or see in this district. I ended up walking through the university's large campus, which features beautiful red brick buildings and an abundance of towering palm trees, and understood why this campus attracts so many young students every year.

After a long morning of walking through some of Tucson's most interesting neighborhoods, I hopped in the car, blasted the air conditioning, and drove out to the Saguaro National Park. This unique national park is home to the largest cacti in the world, the giant saguaro, which stand tall and prickly amidst the sparse desert landscape. While visitors can embark on long wilderness treks through the park, I opted for a more casual day hike on one of the nature trails. As I walked through the desert, I was in awe of the mesmerizing scenery all around me. While I realize that I didn't see all that the park had to offer on my four-mile hike (there are around 128 miles of trails in the park), I did feel like I saw plenty of beautiful natural scenery and desert wildlife.

After my afternoon hiking through the desert, I returned to my hotel to shower and freshen up before dinner. Then I drove on the winding roads into the Foothills, one of the city's most beautiful, affluent neighborhoods. Nestled in the hills at the base of the Santa Catalina Mountains, the Foothills is a neighborhood that features picturesque views, expensive homes and upscale restaurants. I indulged in some delicious Mexican cuisine that night at a trendy local restaurant, and then headed back to my hotel to get some rest before my early morning flight.

After spending several days in Tucson, one of which was a full day of exploration, I felt that I had gotten a good sense of this Arizona destination. Tucson has a lot to offer, from culture and history to natural and architectural beauty, and I was grateful that HotelTonight made my last-minute travel changes possible. The next time I find myself in the Arizona desert for a business conference, I just might book another last-minute hotel in Tucson through HotelTonight so that I can see more of this interesting city.

How many hotels are in Tucson?

There are 74 hotels in Tucson available from Hotel Tonight.

What are most popular hotels in Tucson?

What are the best hotels in Tucson?

How much is a hotel room in Tucson?

What is the cheapest time to go to Tucson?

Our hotels prices have varied throughout the year from $96.21 to $138.24 On average, we've seen the cheapest room prices in January

Which hotels in Tucson have a pool?

There are 44 hotels with pools in Tucson. Some of them are:
Best Western Royal Sun Inn & Suites
Arizona Inn
The Lodge at Ventana Canyon
• 92% of HT bookers liked it