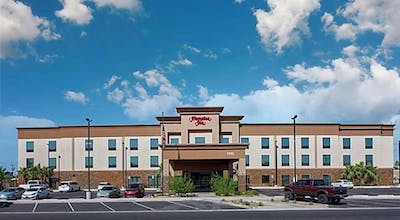 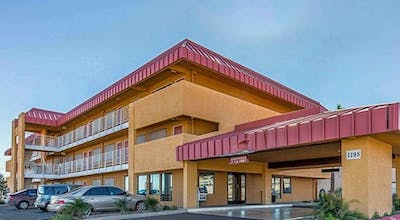 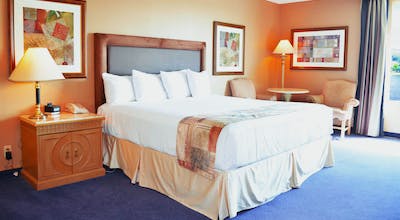 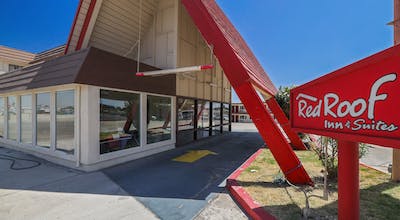 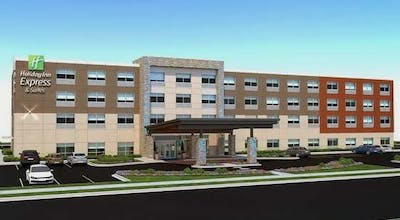 What Guests are Saying About Lake Havasu 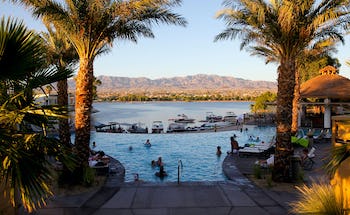 1000 Mcculloch Boulevard N, Lake Havasu City
87%
liked it
&nbsp; (
252 Ratings
)
Nice hotel, but it does show its age in places. The bed was not the most comfortable and the shower had poor pressure. Other than that, I think it's a decent value.
Jeff W.

HotelTonight – Lake Havasu Hotels Near You

I drive through Arizona a lot, and the last thing I'd generally expect to see when passing through this wondrous desert land would be a big, beautiful body of water. After all, I'm in the middle of the desert and usually spend hours looking at beautiful rock formations, cacti and sand. Yet in what is seemingly the middle of nowhere, there's a lake that attracts countless visitors every year and that is a go-to destination for students on spring break. I had heard about Lake Havasu in the past, but I'd never spent any time there until recently. That's because it isn't anywhere near where I drive to for work, so I had resigned myself to the fact that I wouldn't see it. That all changed recently, though, when I was driving in Arizona and found out that I suddenly had an entire day to myself. I was going to use that day to go see Lake Havasu. I wasn't worried about finding a place to stay, either, as I always travel with HotelTonight. My favorite travel app would book a Lake Havasu hotel room, as soon as I needed one later that night.

One of the first things you see, when you pull into the middle of town, is the bridge, which was literally London Bridge approximately starting almost 200 years ago. Yes, the bridge was originally built in England, and it spanned the River Thames. In 1967, the bridge was dismantled, as it was quite dated for the needs of its time. Afterward, the bridge was shipped to Lake Havasu on a brick-by-brick basis and rebuilt there. It's really quite something to see, as it was build in the 1830's and served Londoners for nearly 150 years. It's a piece of British history in the middle of the Arizona desert.

The lake itself is the central component of the town that surrounds it. Not only is the water warm, but it's also filled with people having good times in different ways. The most obvious choice for people, who want to enjoy the water, is boats. I counted at least 50 different boats within my field of vision within a minute or so, before I stopped counting. This is a boater's paradise. That doesn't even include the people having a blast on jet skis or who were just enjoying the water.

I really wanted some nice pub food for dinner, and I heard about a place that was a big attraction for locals. I went in, and it looked quite new and modern, but by the looks of their beer vats, it was clear that they took their brewing seriously. I ordered a pilsner and a cheeseburger and fries, and it was a good decision. The beer was fresh and malty, the burger was enormous and juicy, and the fries were big and crispy. I had my meal at the bar and talked to a few of the patrons.

I was full, happy and ready to get some sleep. I opened my HotelTonight app and booked a Lake Havasu hotel room in a matter of seconds. 20 minutes later, I was lying in my bed, sleeping soundly and dreaming about my next random adventure.

How many hotels are in Lake Havasu?

There are 16 hotels in Lake Havasu available from Hotel Tonight.

What are most popular hotels in Lake Havasu?

What are the best hotels in Lake Havasu?

How much is a hotel room in Lake Havasu?

In the last 30 days, HotelTonight prices in Lake Havasu have been as low as $62.58, though the average room costs closer to $103.3 per night.

What is the cheapest time to go to Lake Havasu?

Our hotels prices have varied throughout the year from $103.3 to $182.82 On average, we've seen the cheapest room prices in January

Which hotels in Lake Havasu have a pool?