Find a Hotel Tonight in
Manchester 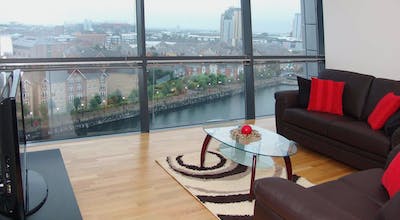 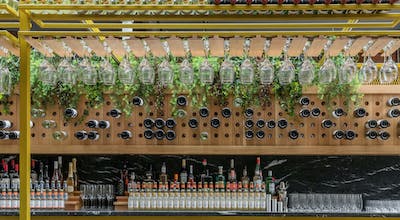 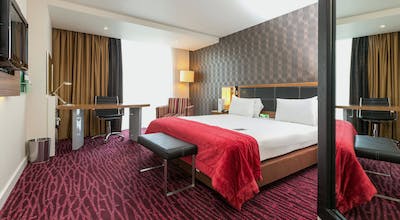 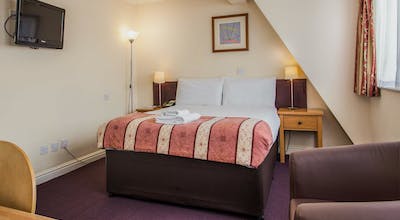 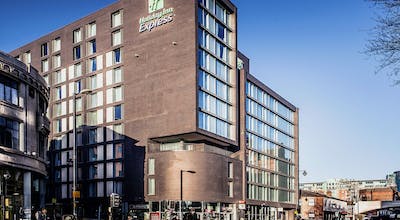 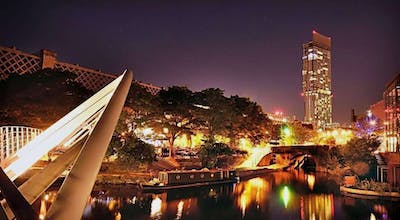 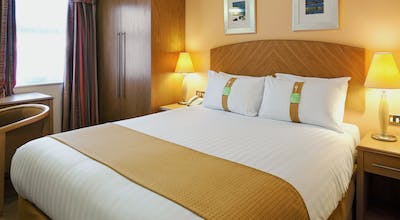 Manchester, England is a city of firsts. Many consider Manchester to be the first industrialized city in the world, helping to set off the Industrial Revolution. The first passenger train station in the world opened in Manchester in 1830. The atom was split for the first time there. In short, this is an historic city and one that would be fascinating to explore. Unfortunately, I've never had the opportunity to do so because when I've been in the UK it's mostly been for work or I took time to see other parts of England, Scotland, Wales or Northern Ireland. One day not too long ago, circumstances conspired to provide me with an opportunity to have 24 hours to spend in Manchester, and I jumped at it. All I needed to do was find a hotel room in Manchester. The only problem was that this was the last minute and I needed a room immediately.

I picked up my phone and looked at different last-minute hotel reservation apps. I found one called HotelTonight and opened it. It looked like it was easy to use, and I searched for Manchester hotels. I was pleased with the number of options returned and chose one based on what looked right for me. I steeled myself for the booking process as that had been long in other apps and on other Web sites. That was not the case with HotelTonight. I had my Manchester hotel room booked and confirmed within a few clicks. This was great – I was ready to spend 24 hours in a wonderful city that I had never seen before.

It was immediately clear that the Northern Quarter in Manchester is the part of town where the artists tend to gather. There were galleries on seemingly every street and artists hard at work as I walked past them. The Northern Quarter is full of young professionals walking around doing their thing. It's also a very friendly area, for as I walked I spoke to people on the street, all of whom were extremely friendly and helpful in answering my questions. I noticed quite a few restaurants that I would perhaps think about later if I didn't find anything at dinnertime.

Spinningfields is an interesting neighborhood in that you can see that it's come a long way in recent years and that it's going to continue to develop. For a long time, this was considered a rough part of town that should be avoided, especially at night. Since the turn of the century, though, a lot of reinvestment has occurred. This influx of capital seems to be dedicated to rebuilding all aspects of life here, including business recruiting, retail outlet openings and residential building. The people who live in this community are immensely proud of what they've seen occur here and they are passionately awaiting further advancement.

Castlefield is definitely a unique part of Manchester, and you know you're somewhere different as soon as you walk into it. There is almost no traffic here except for foot traffic. The streets are cobblestone, and the canals, which help form the boundaries of Castlefield, are largely protected. I was told that Castlefield used to be one of the industrial centers of Manchester, but those days are clearly over. There were several restaurants in the area, though, and I found a very nice one that I was told served delectable fish and chips. I ordered that dish and immediately wished I could tell that nice lady how right she was. It was delicious, and the scenery was great as well.

I ventured a bit south for my next stop, into a place called Didsbury. This was also a relatively quiet and tranquil part of town, which is exactly what I needed so I could have some room to walk off this lunch. This was also a very local place, at least judging by the way people were talking and the daily, routine things most of them were talking about with each other. I found some nice local shops here and decided that now was the time to purchase the gifts that the people in my life would enjoy once I got home to tell them of my adventure. With that finished, my thoughts moved towards dinner.

Chorlton is one of the more scenic areas of Manchester. Beech Road in particular is home to countless shops, pubs, cafes and restaurants. I walked around for a bit, had a pint in a pub and asked some people about a good dinner spot. I was told about another local place just up the road that served all of the traditional British fare. I found it and decided on bangers and mash, a true British treat. When my plate arrived, I knew I had made the right decision. It was delicious, filling and more than satisfying. I was ready to call it a day.

As I made my way back to my hotel, I began to think about how all of this had somehow come together. I had managed to spend a day getting to know Manchester, and I would never forget how this all turned out for me. I would also remember HotelTonight, as without this app I may never have found a hotel room in Manchester. I got back to my room and fell asleep almost immediately. It had been a wonderful adventure here.

How many hotels are in Manchester?

There are 3 hotels in Manchester available from Hotel Tonight.

What are most popular hotels in Manchester?

What are the best hotels in Manchester?

How much is a hotel room in Manchester?

In the last 30 days, HotelTonight prices in Manchester have been as low as $45.7, though the average room costs closer to $126.94 per night.

What is the cheapest time to go to Manchester?

Our hotels prices have varied throughout the year from $97.77 to $155.57 On average, we've seen the cheapest room prices in July