Find a Hotel Tonight in
Edinburgh 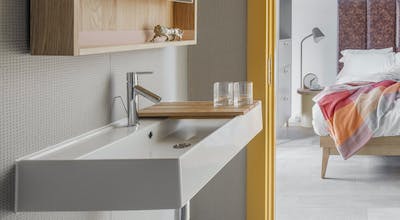 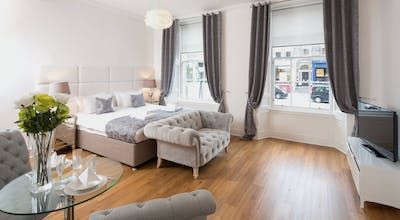 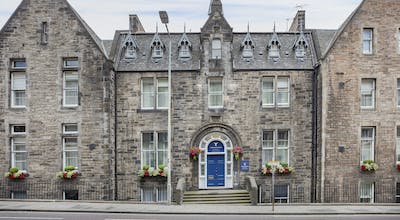 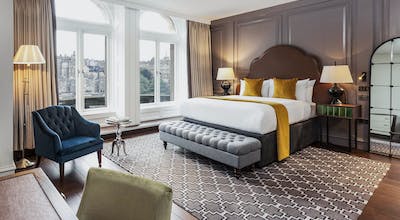 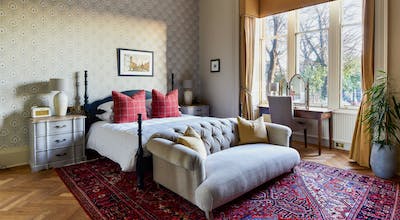 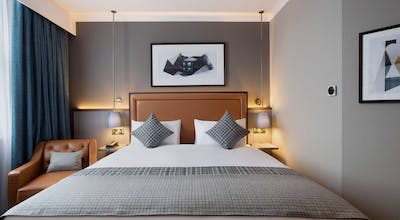 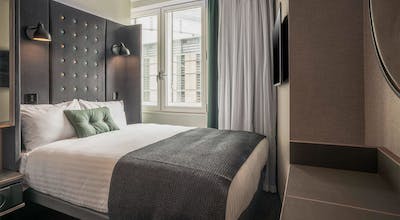 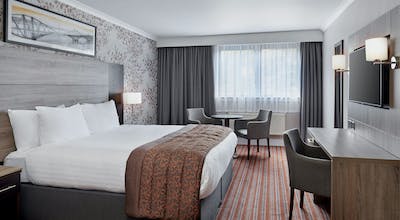 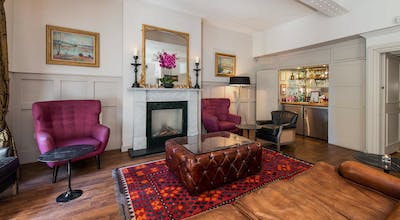 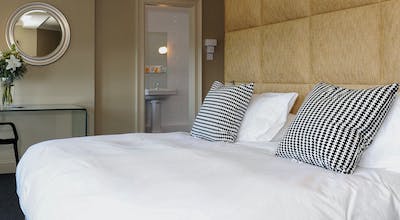 What Guests are Saying About Edinburgh 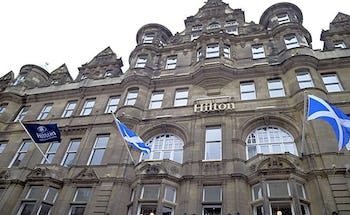 19 North Bridge, Edinburgh
86%
liked it
&nbsp; (
22 Ratings
)
Susana in the desk was great ! My room had a superb view! Buffet not recommended
Erick U.

HotelTonight – Edinburgh Hotels Without the Hassle

There are few cities in the world that can match the history of Edinburgh, Scotland. People have called this city home since the 7th Century, and countless monarchs have been born here and countless battles have been fought here over the years. What has emerged is a city that is steeped in this history and in beauty. I had always wanted to spend some time in Edinburgh, but never really had the opportunity. Then one day I found out I'd have a 24-hour window of time to fly over early one morning before flying back the next day. All I needed to do was find a hotel room in Edinburgh, but I knew from my traveling experience that this would be no small chore. Regardless, I had to try, as you don't get many opportunities like this one. I decided to go the app route to see if there was something out there that could help.

I grabbed my phone and searched for last-minute hotel apps. I found one called HotelTonight. I hadn't used it before, but it was designed such that it was extremely easy to use. My excitement built as I searched for Edinburgh hotels and found several options available. I used the app's helpful information to choose the hotel that seemed like the best fit for me. All that was left was booking the room, which had been a hassle for me in the past. That wasn't the case with HotelTonight. I had my room reserved and confirmed within minutes. I was all set. I would spend 24 hours in Edinburgh exploring a place I had always wanted to see.

It seems strange to have an Old Town in a city that's so, well, old, but Edinburgh has one and it's breathtaking. I started at Edinburgh Castle, which is something everyone needs to see, and strolled down the Royal Mile away from it. The buildings and the entire layout of the neighborhood looked like it had been preserved for hundreds of years. Old Town doesn't have as many residents as it used to, but it's still home to quite a few locals. It's an interesting place as well in that there are many different passages built underground. I didn't see any firsthand, but I saw some photos and they were quite something.

New Town is considered new because most of it was built during the 1700's. New Town is beautiful as well, and to me at least it still looks like it's anything but modern. The architecture here is mostly in that classic British style that looks like it fits perfectly with the geography. I lost myself taking photos and staring at so many different things. I managed to find a café nearby as well, which was good news because I was in need of a coffee and a small snack to keep my engine humming. I found one and sat and watched the people of Edinburgh go about their days.

Carrick Knowe is actually new in the sense that it was built as a residential area in the 1930's. It has a bit more modern a look than Old Town and New Town, but it feels the same in terms of vibe. There were a lot of families out and about on what was a nice day here, and it gave me the opportunity to ask a few of them where I should go for lunch. I got nothing but pleasant responses and several recommendations for a place nearby that served very good fish and chips. That sounded perfect, so I stopped in and they were correct – my lunch was nothing short of fantastic.

Roseburn had a bit of a different feel than the rest of Edinburgh, which was interesting to me. It was almost laid-back even though most of the people I saw were young professionals and young families. I found a nice open area park where I could walk for a bit after that big lunch and then I found some nice local shops that were helpful at the time because I needed to buy some gifts for the people in my life who I was sure would want to see Edinburgh someday. I finished that and started thinking about my final stop for the day.

I finished my day in Saughton, which was another residential area west of the center of the city. I walked through two different parks and talked with people in each. Edinburgh is an incredibly friendly place. Once again, I had a mission, which was to gather local intel on good places for dinner. I was told about a local restaurant in the neighborhood that specialized in British cuisine. I stopped in and enjoyed my meal thoroughly, once again talking to locals at nearby tables almost from the moment I sat down and ordered.

As I headed back to my hotel, I reflected on what had been an incredible day. I still couldn't believe that I had pulled this trip off in the first place. I wouldn't have been able to without the help of HotelTonight. The app led me to my comfortable Edinburgh hotel room very quickly, and I was more than ready to collapse when I got back to it. As I drifted off to sleep, I reminded myself to come back here someday, and to do so with the help of HotelTonight.

How many hotels are in Edinburgh?

There are 47 hotels in Edinburgh available from Hotel Tonight.

What are most popular hotels in Edinburgh?

What are the best hotels in Edinburgh?

How much is a hotel room in Edinburgh?

In the last 30 days, HotelTonight prices in Edinburgh have been as low as $52.01, though the average room costs closer to $123.33 per night.

What is the cheapest time to go to Edinburgh?

Our hotels prices have varied throughout the year from $116.95 to $208.2 On average, we've seen the cheapest room prices in February

Which hotels in Edinburgh have a pool?

There are 8 hotels with pools in Edinburgh. Some of them are:
Apex Waterloo Place Hotel
Macdonald Holyrood Hotel
Leonardo Hotel Edinburgh Murrayfield
&nbsp;•&nbsp;70% of HT bookers liked it