Find a Hotel Tonight in
Valencia 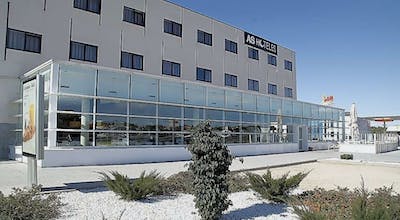 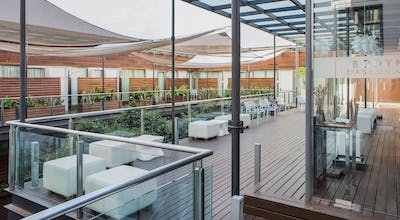 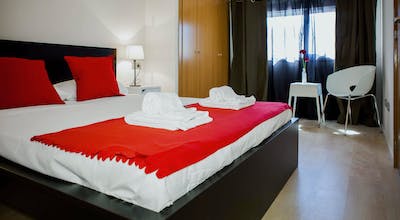 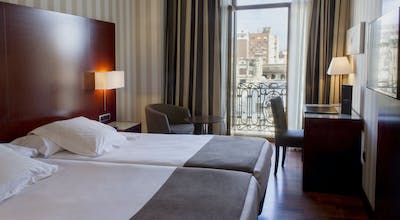 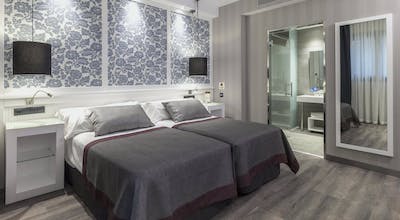 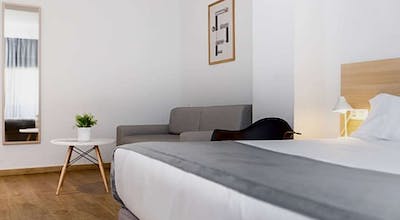 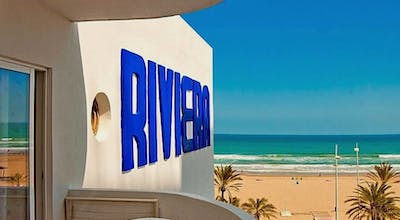 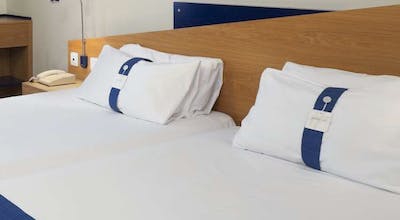 HotelTonight – Valencia Hotels at Your Fingertips

Spain is one of those countries that for many prompts an almost visceral response. It's a warm, vibrant and thriving country whose culture is magnetic and whose hospitality is legendary. I had been to a few different spots in Spain, but I had never been to Valencia, which is the third largest city in the country. I had an opportunity arise to spend a day in Valencia recently due to a confluence of events, but I wasn't sure I'd be able to pull it off. I had only an hour or so to find a Valencia hotel room, which I thought would be a time-consuming task, and I didn't even know where to start with my search. I didn't want to pull out my laptop and go through all of that, so that left me with searching for and hopefully using an app that would get me on my way.

I grabbed my phone and searched for last-minute hotel apps. I found HotelTonight, which I had never used before. I liked the way it looked and decided to give it a shot. I searched for Valencia hotels and was both happy and relieved with what the search returned. There were several options available. I picked one that seemed right for me and decided to go through the booking process, which in my experience with other pathways had been arduous. I was thrilled to find out that the hotel booking process at HotelTonight was quick and very easy. Within minutes I had my Valencia hotel room booked and confirmed. I was all set for a one-day exploration of beautiful Valencia.

El Carmen is Valencia's old town. The first thing you notice here is the stunning architecture, which dates back hundreds of years. There were also a couple of museums nearby, and I spent some time in one, marveling at the collection it was able to acquire. I saw locals and tourists alike milling about, and it was interesting to try to figure out how many different languages were being spoken within a short area. I looked at the Valencia Cathedral both inside and out before deciding it was time to venture out a bit into different parts of Valencia.

Las Arenas is a bit of a drive from El Carmen, but with a taxi it's relatively easy to find. It's the city beach of Valencia, and I was always in the mood to spend some time on a beautiful beach. There are several other beaches in the area, but this one seemed to be popular with the locals. It was a lovely beach, and it was also lovely that there was a café nearby because at this point in the morning I was feeling a bit sluggish from jetlag. I had a very nice cup of coffee and a few little snacks that gave me the jump-start I needed. I was ready for my next stop.

I never knew that Valencia was such a yachting city. It actually played host to America's Cup in 2007. The Marina is a gorgeous place filled with incredible yachts. I walked around for a bit and admired these vessels along with the coast and the scene as a whole. I also began to look for a restaurant, as it was lunchtime and I was more than ready to eat. I asked some people about where to go, and I was directed to a small place just around the corner. I sat and enjoyed a delicious lunch of traditional Spanish fare, but wanted to save 'the' signature dish of Valencia for dinner. I had a great lunch and was ready to jump into the afternoon.

The River Turia used to run right through town, but it has since dried up and only the bed remains. It creates a unique opportunity for some of the wildest and most creative architecture I have ever seen. Valencia is known for its architecture, and I could now see why. I also realized that I was almost done with my day and had yet to purchase any gifts for the people in my life. I found a couple of different local shops nearby and found some things that I was sure would be appreciated. It was time to move on to my last stop of the day.

I ended my day in El Cabanyal, which was not at all touristy and quite residential. It is also a neighborhood where the modernist style of architecture dominates. The homes were quite lovely, and I took a few photos. However, it was dinnertime and I was ready for Valencia's world-renowned dish of paella. It was invented here and most Spaniards consider Valencia paella the only real paella. I found a local restaurant that served it, and when it arrived I could see what all the buzz was about. It was beautiful to look at and even more delicious. It was an incredible dinner.

It was time to head back to my hotel. The nightlife of Valencia was not even starting yet, but I had a flight to catch in the morning and it had been a great day already. I thought just then about how HotelTonight had helped make this happen. Without it, I'm not sure I would've been able to find a hotel room in Valencia so quickly. I promised myself that whenever I traveled in the future, I would do so with the help of HotelTonight.

How many hotels are in Valencia?

There are 59 hotels in Valencia available from Hotel Tonight.

What are most popular hotels in Valencia?

What are the best hotels in Valencia?

How much is a hotel room in Valencia?

In the last 30 days, HotelTonight prices in Valencia have been as low as $42.63, though the average room costs closer to $42.95 per night.

What is the cheapest time to go to Valencia?

Our hotels prices have varied throughout the year from $42.93 to $94.9 On average, we've seen the cheapest room prices in January

Which hotels in Valencia have a pool?

There are 20 hotels with pools in Valencia. Some of them are:
Las Arenas Balneario- 5* Grand Luxe
NH Valencia Center
NH Valencia Las Artes