Find a Hotel Tonight in
Oviedo 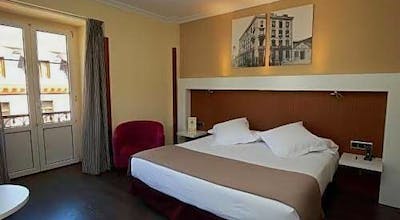 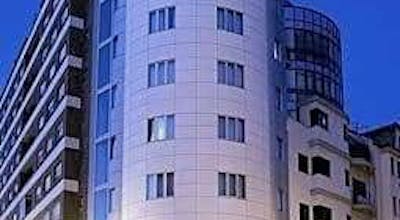 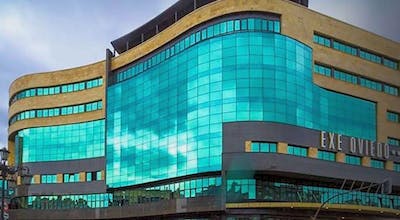 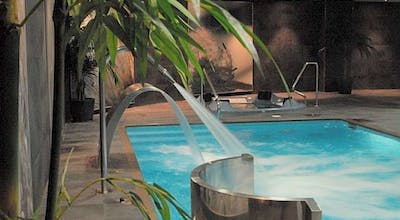 Nestled in between the striking Cantabrian Mountains and the sparkling Bay of Biscay is the beautiful Spanish region of Asturias. As the gem of Asturias, Oviedo attracts tourists from all over the world, and visitors are never disappointed by the town's beautiful architecture, delicious cuisine and welcoming culture. Surrounded by fertile valleys and the stunning coast of northern Spain, Oviedo is a town that will win you over almost instantly--that's what happened to me, at least. I was only in Oviedo for a couple of hours before I had fallen head over heels for this Asturias town, so I now I feel the need to share the wonder of this unspoiled gem of Spain with other travel lovers.

Oviedo wasn't originally on my travel itinerary, but, as happens often, my travel plans changed unexpectedly. Fortunately, I always try to stay flexible when traveling, which is why I rely on HotelTonight to help me find great deals on last-minute hotels. So without hesitating, I pulled up my HotelTonight app and booked a last-minute hotel in Oviedo, and a few hours later I arrived in the breathtaking region of Asturias.

Oviedo's Old Town (or "Casco Antiguo") is the epicenter of the city. Despite the fact that Oviedo has grown and expanded over the centuries, and now has many modern neighborhoods, the Old Town remains the hub of activity and energy in Oviedo. This medieval city center is comprised of narrow streets, quaint courtyards and large, impressive squares. There are colorful buildings, bright flower boxes hanging from balconies, and exquisite architecture, and as I wandered through the streets of the Old Town, I wondered if this town was too good to be true. Oviedo was clean, well maintained, and full of beauty and culture, and to me it felt like I was walking through a fairy tale town. Within just a few hours of wandering these streets, I had already decided that Oviedo was my favorite town in Spain.

The Catedral de Oviedo is located in the Old Town, and it's one of the city's most popular sites. This Gothic cathedral dates back to the 14th and 15th centuries, and it features incredible details both on its exterior and in its interior. You can actually spot the Cathedral from most parts of town, since its impressive 82-meter-high tower juts high into the sky. Considered one of the most exquisite churches in Spain, this Cathedral should definitely be on your list of things to see while in Oviedo. After all, you can hardly explore the town of Oviedo without stumbling onto the Cathedral at least once.

Part of the beauty of Oviedo is its surrounding natural scenery, which is bright green, lush and sprawling. Just outside of the city is Monte Naranco, which is a great place for a long walk or a leisurely hike. Monte Naranco is the site of one of Oviedo's most recognizable monuments, the Santa Maria del Naranco. I spent the afternoon exploring this park and hiking up to a viewpoint on the mountain, where I had a sweeping view of Oviedo and the surrounding countryside.

When most people think of Spanish beaches, they think of the glistening blue waters of the Mediterranean. Sadly, most people overlook the Asturias coast, better known as the Costa Verde. Located on the Atlantic, the Costa Verde boasts stunning beaches known for their dramatic rocky outcroppings and emerald waters, and this rugged coastline offers plenty of great beaches to explore during the warmer summer months. I knew I couldn't travel all the way to Asturias without visiting at least one beach on the Costa Verde, so I headed out to Playa del Silencio, which is regularly ranked as one of Spain's most beautiful beaches--and let me tell you, it didn't disappoint. I was enamored with the natural, untouched beauty of this Costa Verde beach, and it's certainly one of the most beautiful beaches I've ever seen.

While there is no shortage of greenery surrounding Oviedo, you can also find plenty of greenery inside of the city, as Oviedo is home to numerous parks and green spaces. The city's biggest green space is Campo de San Francisco, an old convent that has since been transformed into a beautiful public park. If you want to enjoy Oviedo like the locals do, you'll need to take at least one leisurely stroll through this stunning park at least once during your time in Oviedo.

HotelTonight – Oviedo Hotels at Your Fingertips

After my visit to Oviedo, Asturias became my favorite region in Spain. There's something for everyone here-- beautiful mountains, lush valleys, stunning coastline, and a charming old Spanish town. I've already recommended Oviedo to all of my friends and family, and now I want to spread the word to my fellow travelers – Oviedo is definitely worth the visit. And if you need to find a great last-minute hotel in Oviedo, let HotelTonight help you find the perfect place to stay in this beautiful Spanish town.

How many hotels are in Oviedo?

There are 24 hotels in Oviedo available from Hotel Tonight.

What are most popular hotels in Oviedo?

What are the best hotels in Oviedo?

How much is a hotel room in Oviedo?

What is the cheapest time to go to Oviedo?

Our hotels prices have varied throughout the year from $58 to $111.38 On average, we've seen the cheapest room prices in October

Which hotels in Oviedo have a pool?

There are 5 hotels with pools in Oviedo. Some of them are:
Silken Monumental Naranco
Hotel Nature Oviedo
Gran Hotel Las Caldas