Find a Hotel Tonight in
Bilbao 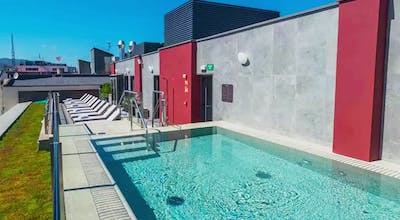 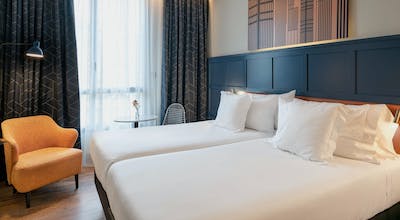 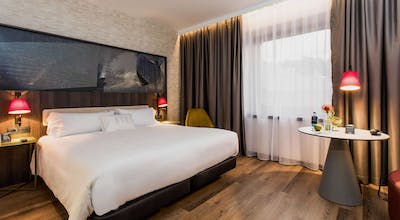 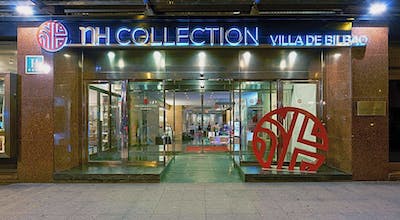 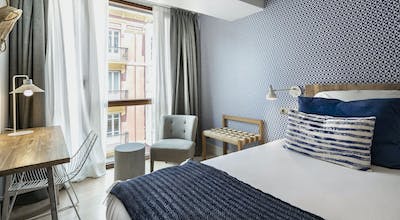 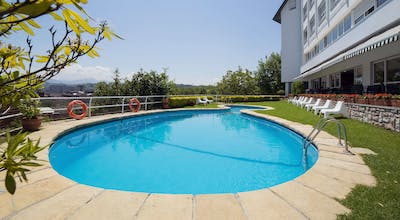 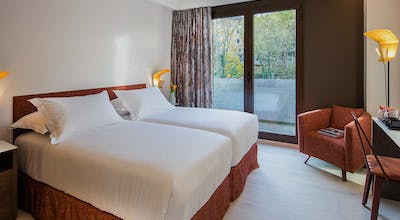 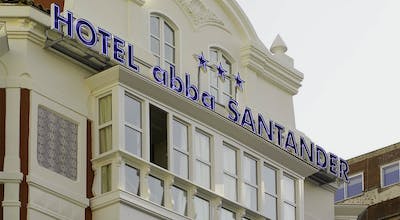 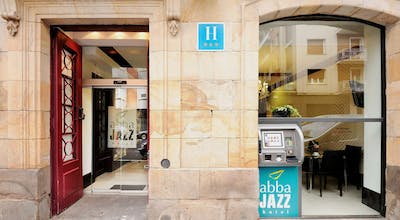 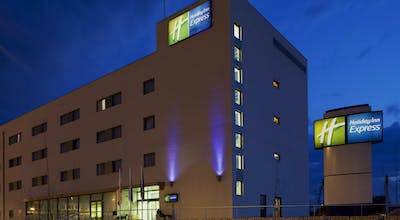 What Guests are Saying About Bilbao 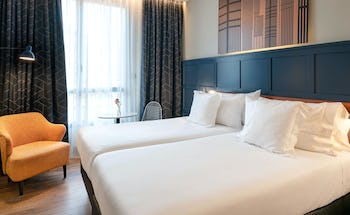 Bilbao is tucked among green, rolling hills in the Basque Country, and it's one of Spain's most underrated cities. While travelers visiting Spain often opt for Madrid, Barcelona or the country's southern beaches, few decide to explore the Basque Country, a misty, lush land in northern Spain known for its art, architecture and rugged coastline. During a recent trip to Madrid, I overheard some locals talking about Bilbao, which has apparently become quite a trendy destination in recent years. Intrigued by the idea of heading north to the beautiful Basque Country, I grabbed a last-minute train to Bilbao.

While on the train, I pulled up the HotelTonight app on my phone and booked a great last-minute hotel in Bilbao in just a few quick minutes. Since I love to make spontaneous decisions when traveling, HotelTonight has become one of my best travel resources. After all, who doesn't want to score great deals on last-minute hotels when they travel?

As soon as I arrived in Bilbao, I made my way to my hotel to check in. My hotel was located in the heart of the old town, also known as Casco Viejo, and as I walked through the narrow, maze-like streets of Casco Viejo, I quickly began to fall in love with Bilbao. This historic city center has a very distinct feel, which is quite unlike other cities I've visited in Spain. The charm of the colorful buildings and beautiful old architecture struck me immediately, as did some of Casco Viejo's most beloved sights, such as the spacious Plaza Nueva. As I wandered through the picturesque old town, I started to realize something--I didn't feel like I was in Spain. I felt as if I were in a whole new country. I later learned that this is a common feeling among visitors, as the Basque Country has its own language, its own unique cuisine and its own distinctive culture. While I was able to get by fine on my limited Spanish, I still think it's important for visitors to know that Bilbao is no ordinary Spanish town.

When I asked locals where to visit during my brief stay in Bilbao, they all seemed to agree on one destination--Azkuna Zentroa. Formerly a wine warehouse, this massive building has been transformed into a sport and cultural center where locals and tourists alike can exercise, socialize and shop. Surrounding Azkuna Zentroa are lively commercial streets where young Bilbao locals enjoy great shopping, dining, and nightlife. This area had a very different feel from the historic, traditional district of Casco Viejo. It felt hip, trendy and innovative, and I could tell simply by soaking in the energy that the residents of Bilbao are most certainly excited about the city's future.

The next day, I decided to check out the Basque Country coast at the Playa de Azkorri. The Basque Country is known for its drizzly, gray weather, so it's somewhat rare to have a beautiful beach day near Bilbao. However, I was lucky enough to get a bit of sunshine when I visited Azkorri. While it wasn't warm enough for me to jump in the breaking waves, it did provide great weather for walking along this dramatically beautiful beach. Azkorri is lined with tall, striking cliffs, making this one of the most unique, breathtaking beaches I've ever visited. But be warned--getting to this incredible beach does require a bit of a hike.

It would be hard to visit Bilbao without stumbling upon the Gran Via at some point, as this long shopping street is one of the most trafficked avenues in the city. If you're looking for great shopping (or even people watching), you'll definitely want to take a stroll down the Gran Via. This street is the main artery that runs through Bilbao, and walking down Gran Via will take you past luxury shops, locally owned boutiques, popular restaurants and monuments. Exploring Gran Via is a great way to get a feel for the beat of Bilbao, a city that has fused tradition with modernity in one of the most striking ways I've ever seen.

Bilbao surprised me in more ways than one. Not only was I immediately infatuated with the unique culture of this Basque Country city, but I was also surprised to see how few tourists were roaming the picturesque streets of this Spanish town. I felt almost as if I had stumbled upon an undiscovered gem, and I was excited to share my adventures in Bilbao with all my friends and family. As soon as I left Bilbao, I was already searching for a reason to return. Fortunately, I know that I can always rely on HotelTonight to help me book a last-minute hotel in Bilbao, so planning a spontaneous return trip to Bilbao will always be in the back of my mind.

How many hotels are in Bilbao?

There are 21 hotels in Bilbao available from Hotel Tonight.

What are most popular hotels in Bilbao?

Among our most booked hotels in Bilbao are:
Vincci Consulado de Bilbao
&nbsp;•&nbsp;91% of HT bookers liked it
Barceló Bilbao Nervión
Hotel Carlton

What are the best hotels in Bilbao?

How much is a hotel room in Bilbao?

What is the cheapest time to go to Bilbao?

Our hotels prices have varied throughout the year from $83.89 to $147.58 On average, we've seen the cheapest room prices in February

Which hotels in Bilbao have a pool?

There are 3 hotels with pools in Bilbao. Some of them are:
Hotel Carlton
Occidental Bilbao
Catalonia Gran Vía Bilbao