Find a Hotel Tonight in
Puebla 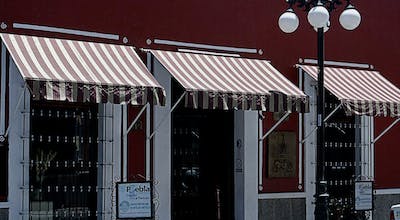 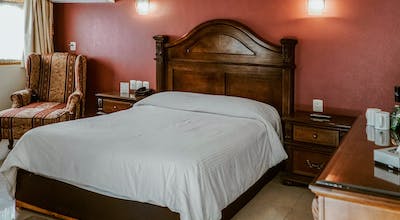 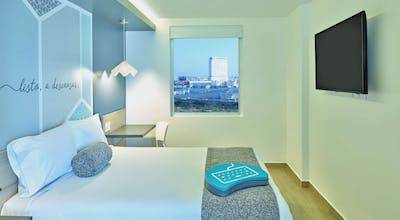 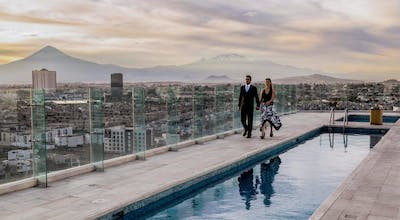 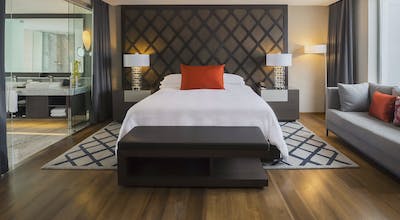 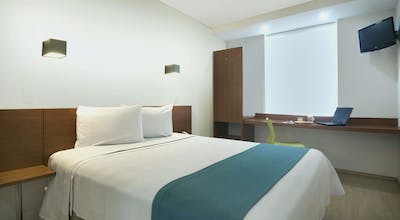 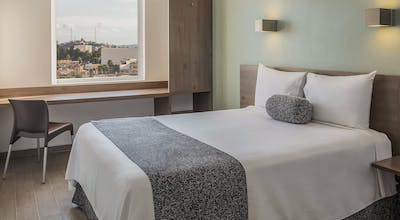 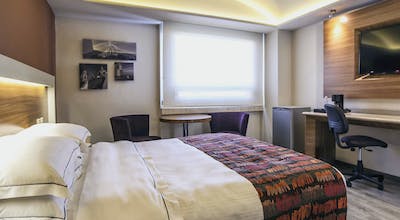 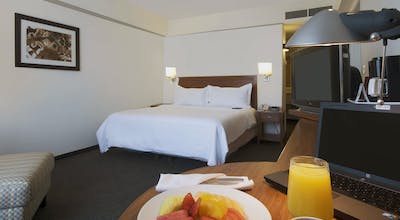 If you're looking for history, delicious food and beautiful architecture in Mexico, you might want to check out Puebla. This city is one of the most popular travel destinations in Mexico, and it's an especially great city for history buffs, as it's home to a major UNESCO world heritage site. I recently had the chance to experience the beauty and liveliness of Puebla for myself, and I was captivated by this colorful city from the moment I arrived.

During a recent trip to Mexico City, my significant other and I realized that we had allotted too much time for just one city. After several days in Mexico City, we were getting a bit stir crazy, and we wanted to escape the traffic and the chaos of this major metropolis, so we decided to head out of Mexico City to the charming town of Puebla. Since we had to make spur-of-the-moment changes to our travel plans, we pulled up HotelTonight's website and booked a great last-minute hotel in Puebla. Within minutes, we had booked a hotel in the heart of the city, so we hopped in the car and made the two-hour drive from Mexico City to Puebla.

If a city has a heartbeat, Puebla's would be located in the zócalo. Every Mexican town has a zócalo, or the center of the old town, and Puebla's is called the Plaza de la Constitución. When you walk through this colonial square, you will feel the history and the importance of this city center, but you will also notice the energy and modernity of the square, which is why it's an area of the city you can't miss when you visit Puebla. Of course, if you're visiting Puebla, it's hard to miss this iconic Plaza since it's so central, and you will likely end up walking through it several times during your stay.

A few locals recommended that we check out Xanenetla, which is widely considered to be Puebla's youngest, hippest neighborhood, and it's easy to see why when you walk through its cobbled streets. The buildings in Xanenetla may be old, but they're covered in vibrant, colorful street art that reflects the artistic, quirky vibe of the neighborhood. Xanenetla is definitely worth a visit if you want to enjoy an off-the-beaten-path experience in Puebla.

If you find yourself in Puebla on a Sunday like we did, you're in for a treat. Every Sunday, the Callejon de los Sapos (Alley of the Frogs) transforms into a massive antique market, where you can find everything from vintage movie posters to beautiful Mexican pottery. It's easy to lose track of time while you wander this street and the nearby Mercado de Artesanias, and chances are you'll walk away from the area with plenty of souvenirs in hand.

Since we happen to be avid hikers, we were excited about the possibility of hiking the volcanoes in Puebla. This Mexican city is surrounded by several volcanoes, and we decided to take one-day hiking tour of the Iztaccihuati Volcano. I've never hiked a volcano before, so I was excited to check out Iztaccihuati up close. Even though it's a dormant volcano, the thrill and excitement of the hike was very real.

Located right outside of Puebla, the small town of Cholula is almost more of a suburb of Puebla than an entirely new city. However, Cholula does have a unique, relaxed vibe that distinguishes it from Puebla. On our last afternoon in Puebla, we wandered the cobbled streets of Cholula and tasted some of the best Mexican food we've ever had. We also checked out the Piramide Tepanapa, the widest pyramid in the entire world, which is what Cholula is best known for. And after an afternoon of exploring the streets and walking up countless steps in this hilly city, we said our goodbyes to Puebla and drove back to Mexico City.

I'll be honest, before my recent trip to Mexico City, I couldn't even tell you where the city of Puebla was located. But as soon as we decided to visit a town near Mexico City, so many locals and travelers told us to check out Puebla, and we were so glad we did. This beautiful Mexican town feels authentic and full of character, and it doesn't hurt that the town is nestled among massive, beautiful volcanoes – which definitely adds to the cool factor.

If we hadn't been open to changing our travel plans at the last moment, we wouldn't have experienced the charm and wonder of Puebla. Fortunately for us, we had great travel advice from locals and also had the help of HotelTonight, which makes it easy to book great last-minute hotels from the convenience of your phone or computer. For anybody who wants the freedom to travel without setting your plans in stone, HotelTonight will quickly become one of your favorite travel resources.

How many hotels are in Puebla?

There are 58 hotels in Puebla available from Hotel Tonight.

What are most popular hotels in Puebla?

Among our most booked hotels in Puebla are:
Courtyard by Marriott Puebla Las Animas
• 97% of HT bookers liked it
Ikonik Hotel Puebla
Four Points by Sheraton Puebla

What are the best hotels in Puebla?

How much is a hotel room in Puebla?

What is the cheapest time to go to Puebla?

Our hotels prices have varied throughout the year from $40.03 to $59.69 On average, we've seen the cheapest room prices in January

Which hotels in Puebla have a pool?