Find a Hotel Tonight in
Limerick 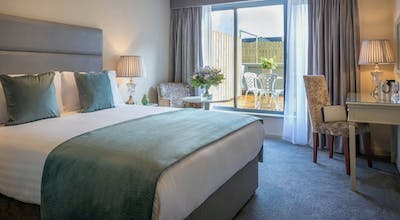 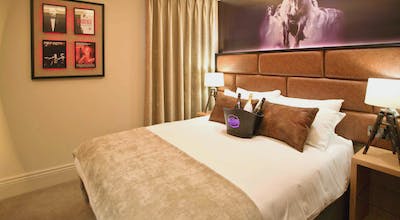 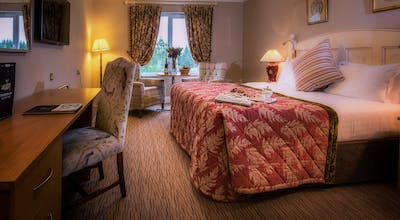 Limerick, Ireland is a place that has a spirit of its own. It is so beloved by so many people that 10 cities in the United States alone are called Limerick, ranging from Illinois to Georgia. It's also a very historic place, as it was originally settled by the Vikings in the year 812 AD. It was a city I had heard a lot about over the years, but never really had a chance to visit even though I had been to other places in Ireland. I desperately wanted to see it someday, and all of sudden recently I had a chance to spend 24 hours there. The only challenge that remained between me and exploring this place was finding a Limerick hotel room in a matter of minutes. I wasn't sure I could pull it off, but if I could I had a ride to and from Limerick, so I got right to work.

I tapped away on my phone, looking for an app that helped people find last-minute hotel rooms. I found one called HotelTonight, and as soon as I opened it I realized that these last-minute Limerick hotels were not what you'd expect. Instead, these were very nice properties that still offered very good rates. I chose one that looked right for me and wondered how the booking process would go. I barely had time to finish that thought, though, as within seconds I had my Limerick hotel room reserved and confirmed. I couldn't believe it, but I had done it, and I was on my way to a place I had always wanted to see. Now I just needed to get an idea of where I'd want to go during my one-day adventure.

It's always a good idea, in my opinion, to start learning about a new city at its center. City Centre in Limerick gave me a healthy dose of Ireland that seemed to fill me with a festive spirit that stayed with me throughout the day. I was thrilled to see all of the unique Irish architecture in all its glory surrounding me, and I walked around a bit just looking at buildings and talking to people who were merrily going about their business. It was nice to be able to connect with the locals, as they were about as friendly as any I had ever encountered.

Raheen is a relatively large suburb of Limerick that was originally built when Limerick itself became too crowded. There was a lot of socioeconomic diversity here, as I saw homes that were apparently occupied by working class families and some affluent areas. It was a snapshot of Irish life being lived by the locals, which is exactly what I wanted to see. I also wanted some coffee, and I found a cafe on one of the main drags here that was in a building that looked to be hundreds of years old. I stopped in and had a delicious cup of coffee with some sweet-tasting snacks that were exactly what I needed at the time.

Castletroy is another part of Limerick that wasn't always a part of Limerick, but given the city's growth it eventually merged into the main city. Castletroy itself now has a population of over 40,000 people. While it's still technically separate, you couldn't really tell when you went from one place to the other. There were lots of little pieces of culture here and historic sites, but at this point what I wanted to find most was somewhere to eat lunch, as I was starving. I asked a few locals on the street for recommendations, and they pointed me to a very old pub. I walked in, ordered a meat pie and a pint, and I was treated to one of the best lunches I had ever enjoyed. It was perfect, and it was time to move on to the rest of my day.

I ended my day in Englishtown. This is the oldest part of the city, and it was the first one to have a wall built around it for protection. You could see, as you can in so many other Irish communities, the history here as you walk around. I also found a bunch of nice shops here that were perfect for what I was looking for, which was gifts for my loved ones and friends. I found several unique items here and filled a few bags quickly. I was happy to have gotten this accomplished, and it was time to head back into the main part of the city for dinner.

As I sat and enjoyed my fish and chips at a pub in the center of the city, I talked with locals and thought about all that I had seen. I was beyond ecstatic that I had found a way to make this happen, but it may not have happened at all without the help of HotelTonight. I found a Limerick hotel room in less than a couple of minutes, and that was amazing to me. I would travel again soon I was sure, and I was equally sure that I would do so with the help of HotelTonight.

How many hotels are in Limerick?

There are 10 hotels in Limerick available from Hotel Tonight.

What are most popular hotels in Limerick?

Among our most booked hotels in Limerick are:
Bunratty Castle Hotel and Angsana Spa
Glen Eagles
Dunraven Arms Hotel

What are the best hotels in Limerick?

How much is a hotel room in Limerick?

In the last 30 days, HotelTonight prices in Limerick have been as low as $90.75, though the average room costs closer to $90.75 per night.

What is the cheapest time to go to Limerick?

Our hotels prices have varied throughout the year from $85.53 to $145.54 On average, we've seen the cheapest room prices in August

Which hotels in Limerick have a pool?

There are 4 hotels with pools in Limerick. Some of them are:
Dunraven Arms Hotel
Bunratty Castle Hotel and Angsana Spa
Maldron Hotel Limerick