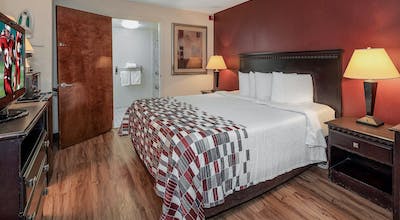 Tonight’s Hotels Under 72 $US 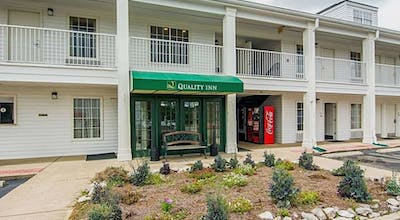 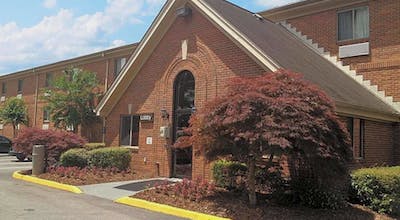 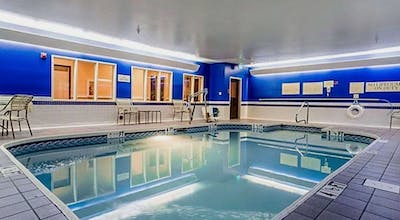 What Guests are Saying About Birmingham (AL) 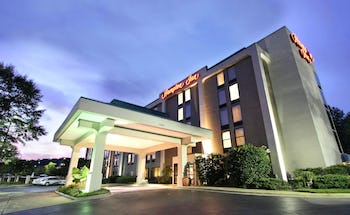 3400 Colonnade Pkwy, Birmingham
90%
liked it
(
213 évaluations
)
I had a great experience from the moment I entered the hotel. Even during COVID-19 I felt safe in the space and the staff that I encountered were amazingly friendly
Jasmine J.

8 Perimeter Park South, Birmingham
92%
liked it
(
61 évaluations
)
The front desk clerk, Laurie Beth, is fantastic! The hotel is newly renovated and looks very nice. The rooms were comfortable and we had a nice, quiet stay.
Curnis U.

Birmingham may be known as "The Magic City," but this Alabama town has also been the epicenter of one of the country's most turbulent, revolutionary periods. During the 1960s, Birmingham played a significant role in the Civil Rights Movement, so this Southern city is filled with powerful history and culture. Since I am fascinated by American history, I was so excited when I had the chance to take a quick, impromptu trip to Birmingham this spring. While I was looking forward to discovering the complex history of Birmingham, I was also eager to explore Birmingham like a local, as I feel like you never get to really experience the heart of a city if you just fill your travel itinerary with tourist attractions.

I always love planning spontaneous trips, as I love the freedom and flexibility it allows me. However, sometimes it can be difficult to find good last-minute accommodations. Fortunately, I was able to book a great last-minute hotel in Birmingham in just a few minutes on HotelTonight's app. With my hotel room booked, I set out to explore the charming Southern city of Birmingham.

This park is not only beautiful, but it's also home to the world's largest cast iron statue, a massive statue of Vulcan, the Roman god of fire and forge. Today, this 100,000-pound iron statue stands at the top of Red Mountain, where you can take in sweeping views of Birmingham. For visitors that want to enjoy a 10-acre urban park, panoramic views of the city, and interactive exhibits about the region's history, Vulcan Park should definitely be on your Birmingham travel itinerary.

As the urban center in Alabama's largest city, downtown is a historic district that you won't want to miss during your Birmingham getaway. Since my hotel was in downtown Birmingham, I wanted to spend the evening walking through my short-term neighborhood. Downtown is home to the theater district, Railroad Park, the historic 4th Avenue and Linn Park. There's plenty to do and see in downtown Birmingham, and there are also many great dining options. Since downtown hosts some of the best restaurants in the entire city, I actually had a difficult time choosing a restaurant for dinner, but I settled on a traditional Southern eatery so that I could try some authentic Southern cooking before leaving Alabama.

The next morning, I decided to get outside and see some of Alabama's natural scenery. Located on the outskirts of Birmingham, Ruffner Mountain Nature Preserve provides locals with a great place to escape the bustle of the city and enjoy the great outdoors. Ruffner Mountain features over 1,000 acres of preserved natural landscape, making it one of the largest nature preserves in the entire country. Even though Ruffner Mountain was just minutes from downtown Birmingham, it felt like a world away, and I spent the morning hiking various trails throughout the preserve. During my time on the trails, I could tell that Ruffner Mountain is definitely a favorite spot for Birmingham locals.

After spending the morning surrounded by natural beauty, I headed back into the city to make one last stop before saying farewell to Birmingham. Five Points South is one of Birmingham's oldest neighborhoods, with its roots dating all the way back to 1887. This walkable neighborhood is not only steeped in history, but it's also one of the trendiest spots in the city. In Five Points South, you will find award-winning restaurants, beautiful architecture, and trendy shops and cafes. I wandered through this historic neighborhood and stopped at a popular local restaurant before leaving this colorful Southern city.

HotelTonight – Birmingham Hotels At Your Fingertips

While I knew I would love exploring Birmingham's historic districts, I didn't realize how much I would also love seeing so many different sides to this Alabama city. Birmingham is home to great museums, parks, outdoor spaces, and trendy neighborhoods, so I could have easily spent another couple of days exploring more of this Southern town. If I find myself back in Birmingham in the future, I know that I'll be able to book a great last-minute hotel in Birmingham through HotelTonight's app or website. Thanks to HotelTonight, it's never been easier to find last-minute deals on quality hotels, which makes it possible to plan fun, impromptu trips to cities across the U.S.

How many hotels are in Birmingham (AL)?

There are 99 hotels in Birmingham (AL) available from Hotel Tonight.

What are most popular hotels in Birmingham (AL)?

What are the best hotels in Birmingham (AL)?

How much is a hotel room in Birmingham (AL)?

In the last 30 days, HotelTonight prices in Birmingham (AL) have been as low as $46.86, though the average room costs closer to $87.8 per night.

What is the cheapest time to go to Birmingham (AL)?

Our hotels prices have varied throughout the year from $81.61 to $124 On average, we've seen the cheapest room prices in April

Which hotels in Birmingham (AL) have a pool?