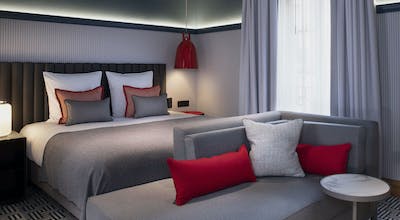 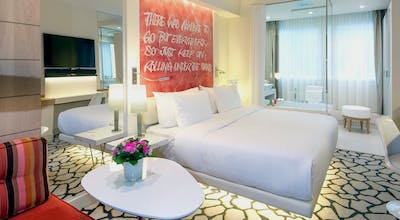 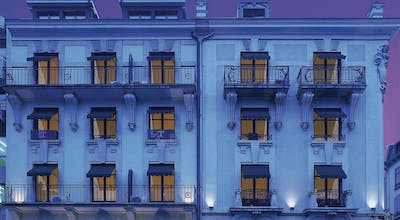 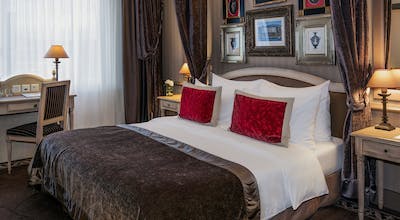 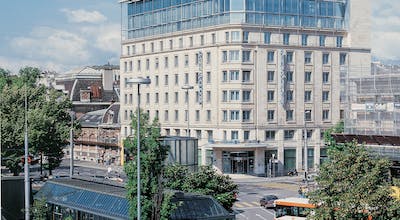 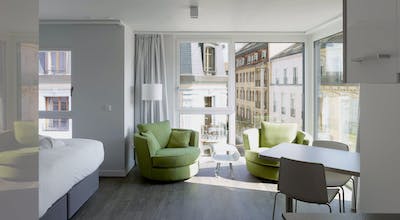 Tonight’s Hotels Under 114 $US 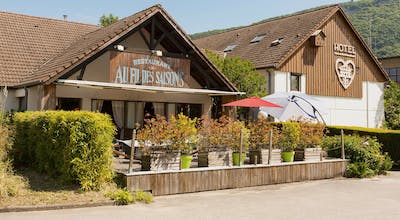 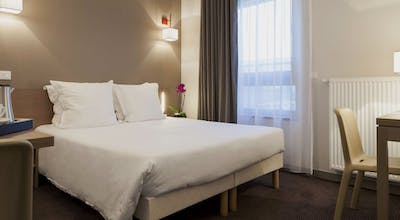 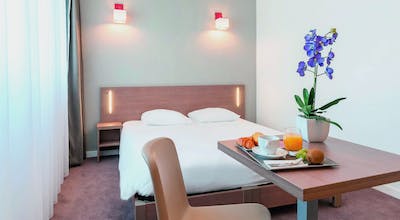 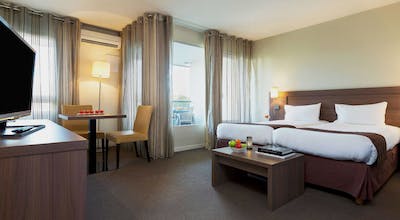 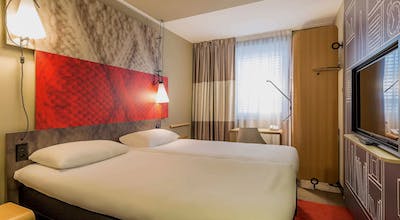 What Guests are Saying About Geneva 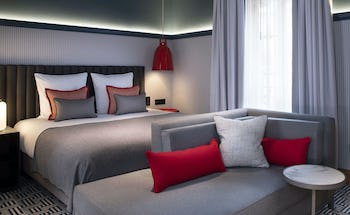 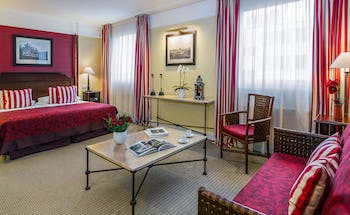 27 Rue de la Navigation, Geneva
95%
liked it
(
123 évaluations
)
Beautifully-appointed rooms and excellent service. Laura at the front desk went above & beyond when they could not locate our reservation & handled everything seamlessly while also giving us excellent... Show More
Andrea T. 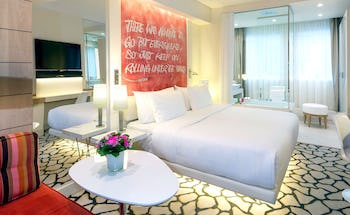 Would anyone be interested in visiting a city that is bordered by a world-famous lake, an historic river and mountain ranges on both sides? I would, and the city I'm talking about is Geneva, Switzerland, one of the most beautiful in the world for many reasons. Travelers also fit right in there, as nearly 40 percent of the city's population moved there from another country. This is an international, cosmopolitan and modern city that until recently I had never had the chance to visit. That all changed one day when I had an opportunity to hop a plane and spend 24 hours there. While that was unexpected, it also seemed unrealistic because I had only a few minutes to find a hotel room in Geneva. I wasn't sure what to do, as I didn't think finding a Geneva hotel room in minutes was possible, but I wanted to give it a try anyway.

I grabbed my phone and searched for an app that helps people find hotel rooms at the last minute. I found something called HotelTonight, and decided to give it a try, which was a big decision considering my time constraints. I searched for Geneva hotels and found several choices available. They were nice hotels and the rates seemed quite reasonable considering the timeframe involved. I chose one that seemed like the right fit for me and tried to book a room. I was amazed, but my room was booked and confirmed within a matter of a few swipes and taps. That was it – I had my hotel room in Geneva and could therefore start looking forward to spending 24 hours there exploring. My next task, which was anything but stressful, was putting together a list of areas in Geneva that I wanted to make sure to visit.

Old Town Geneva is like stepping back at least 100 years in time. The streets in this part of town are small and narrow, there are lovely squares seemingly around every corner and the architecture and materials used on the buildings are sublime even after all of these years. I walked around for a while and took quite a few photos, and I stood and admired St. Peter's Cathedral and a few other historic places. I also found that the people I spoke to were very friendly, helpful and sincere in their welcoming of me to their city. That was a nice way to start the day.

Les Eaux Vives is basically the center of the city, and it is home to Jet d'Eau, which is the most famous water fountain in Geneva. It's a must-see, especially with a camera that has video capabilities so that you can see the water shooting into the air. I also walked down Rue de la Cite, a cobblestone street where you'll find the birthplace of Jean-Jacque Rousseau. From there I needed to find a café, as it was midmorning and I was ready for a boost of energy. I found one and had a delicious cup of Swiss coffee along with a few signature chocolates from a country that is famous for them. I was ready to keep moving after that break.

My next stop was Plainpalais, and I walked through a diamond-shaped square where there were people milling about and doing a lot of different things such as performing and painting. I walked through the campus of the University of Geneva, which is world-renowned for many different reasons. I also talked to some people about where I should go for lunch, as I was starving. I was curious enough to try a place that served hamburgers, as I enjoy comparing what Americans are used to with what other countries prepare. It was a very good hamburger, and the biggest difference I found was the choices in toppings available.

After lunch, I wanted to walk about and found my way into Saint-Gervais, which was clearly an affluent area. What you see here is a lot of different high-end retail outlets, boutiques, shops and cafes, and I found the different choices for chocolate shops quite useful. I needed some gifts for my family and friends, and there's really nothing better than Swiss chocolate. I bought more than I needed figuring not all of it would make it home, and I was set for my final stop of the day and dinner.

My final stop of the day was in Paquis, in the northern part of the city. The business district is here, as is the train station, so there were a lot of people from all over the place running around. It was also a place with quite a few choices for restaurants, and I wanted to eat a local meal at a locally owned restaurant. I found one, and while I wasn't quite sure what I ordered, the food was delicious. They know how to work cheese into just about everything here, and the bread they served with my appetizer was incredible.

As I made my way back to my hotel, I found myself wondering how all of this could have happened. I had mere minutes to find a Geneva hotel room, and thanks to HotelTonight I found one. The next thing I know, I was visiting a city I had always wanted to see, enjoying a day of exploration. It had been a tremendous day, and thanks to HotelTonight it would be a day I would always remember.

How many hotels are in Geneva?

There are 38 hotels in Geneva available from Hotel Tonight.

What are most popular hotels in Geneva?

What are the best hotels in Geneva?

How much is a hotel room in Geneva?

What is the cheapest time to go to Geneva?

Our hotels prices have varied throughout the year from $137.16 to $176.37 On average, we've seen the cheapest room prices in March

Which hotels in Geneva have a pool?

There are 6 hotels with pools in Geneva. Some of them are:
Fairmont Grand Hotel Geneva
Hotel President Wilson, A Luxury Collection Hotel, Geneva
La Reserve Geneve Hotel and Spa