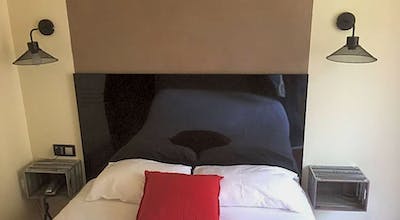 77 US$
– Toulouse
No disponible 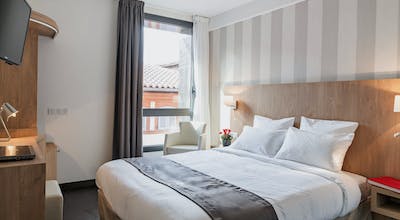 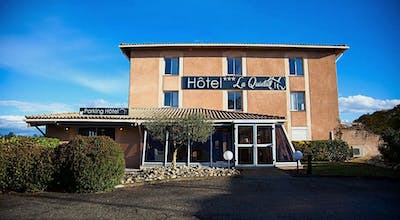 79 US$
– Toulouse
No disponible 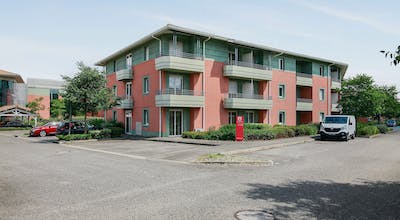 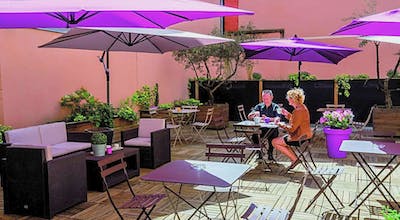 Tonight’s Hotels Under 76 US$ 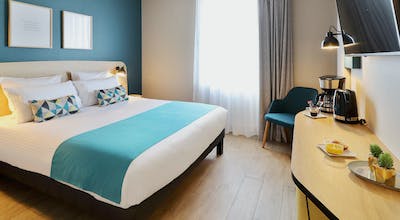 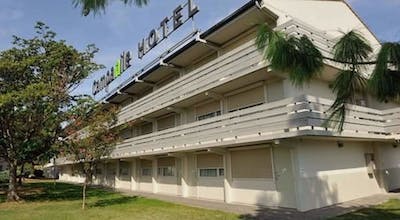 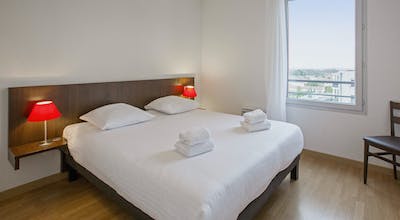 75 US$
– Toulouse - Suburbs
No disponible 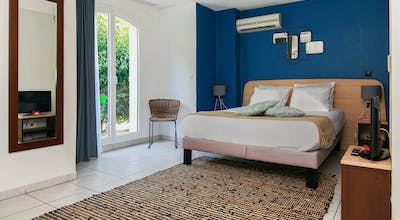 Sitting along the banks of the wide, beautiful Garonne River is Toulouse, a charming French city that boasts a high quality of life for its residents and plenty to do and see for visitors. While not as exciting or action-packed as Paris, Toulouse has its own charm and style, and it didn't take me long to fall in love with this incredible city. Toulouse is known as "La Ville Rose" or "The Pink City," due to its dusty pink buildings, which casts a soft, romantic vibe over the entire town. So if you are looking for delicious French cuisine, beautiful architecture and a romantic atmosphere, look no further than Toulouse.

After living for a year in Paris, I realized that I hadn't seen nearly as much of France as I should have by that point. So I made it my mission to get out of Paris and explore more of France's other beautiful cities, and Toulouse immediately came to mind. Within minutes, I had booked both a flight to Toulouse and a great last-minute hotel in Toulouse on HotelTonight. Just like that, I was ready to embark on my spur-of-the-moment weekend adventure to Toulouse.

Like many French cities, Toulouse is a town steeped in history, and you can see it all around you in the Centre Ville, or the city center. This historical center is best explored on foot, as it is compact and pedestrian friendly. I spent the first few hours of my stay in Toulouse wandering aimlessly through the city center and stumbled upon some of the city's best landmarks, such as the Notre-Dame de La Daurade, the Basilique Saint Sernin and the Capitole. The Place du Capitole is the heartbeat of Toulouse, and it seems like all of the action and excitement gravitates toward this expansive square. Here, you'll find locals meeting up with friends, a number of great restaurants, and even a lively market. One thing is for certain--if you visit the "Pink City," you won't be able to avoid visiting the vibrant Place du Capitole.

The Garonne River is the major artery that runs through Toulouse, and this wide river is the source of much of the city's beauty. On warm days, locals head to the river to lounge and picnic along its banks and year-round they go for strolls, bike rides and runs along the riverfront. While I opted to enjoy the Garonne like a local and went for a long stroll along the banks, you can also hop on a boat for a more in depth tour of the river. Whether you see the river on foot, on bike or on boat, you definitely won't want to miss the Pont Neuf, the city's oldest bridge, dating back to the 16th century.

Saint-Cyprien was once considered a suburb of Toulouse, but now it's one of the hippest, most metropolitan districts in the city. After a few locals told me that Saint-Cyprien was their favorite neighborhood in the city, I decided to explore the area for myself. Situated on the left bank of the Garonne, Saint-Cyprien is a trendy area that has become popular among young couples and professionals, so naturally there are plenty of cool bars, restaurants, and cafes to explore throughout this district.

The neighborhood of Carmes is located just outside of Toulouse's city center, and it's one of the oldest areas in the city. In the historic district of Carmes, you'll find an ancient Roman road, a popular covered market called the Marche des Carmes, beautiful old churches and buildings and fantastic restaurants. After spending the afternoon exploring this old district, I wandered down to the river and watched the sunset over the Garonne. As the sun dipped below the horizon, lights illuminated the Pont Neuf and created an ethereal, picturesque view of one of the city's best-known landmarks.

French cities take great pride in their public parks, and Toulouse's Jardin des Plantes is certainly a point of pride for locals. This historic public park was created around the time of the French Revolution, and today it's a great spot for locals to enjoy some sunshine and some beautiful natural scenery. If you really want to experience Toulouse like a local, stop by the Marches des Carmes and pick up some food for a picnic, then head to the Jardin des Plantes to relax and enjoy some delicious French food.

Toulouse may not be one of the most popular destinations in France, but it's well worth the visit if you like history, architecture and mouthwateringly good food. During my weekend in Toulouse, I was able to get a good beat on the city, and I felt that I really understood why locals love their city so much. If I plan another impromptu trip to Toulouse in the future, I will definitely use HotelTonight to help me find a great last-minute hotel in Toulouse so that I can enjoy the fun and excitement of traveling without the hassle of trip planning.

How many hotels are in Toulouse?

There are 54 hotels in Toulouse available from Hotel Tonight.

What are most popular hotels in Toulouse?

What are the best hotels in Toulouse?

How much is a hotel room in Toulouse?

In the last 30 days, HotelTonight prices in Toulouse have been as low as $39.98, though the average room costs closer to $88.62 per night.

What is the cheapest time to go to Toulouse?

Our hotels prices have varied throughout the year from $72.52 to $103.42 On average, we've seen the cheapest room prices in May

Which hotels in Toulouse have a pool?

There are 10 hotels with pools in Toulouse. Some of them are:
Odalys Appart'Hotel Colombelie
Novotel Toulouse Centre Compans Caffarelli
Appart'City Toulouse Saint-Simon