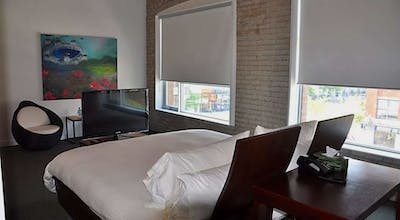 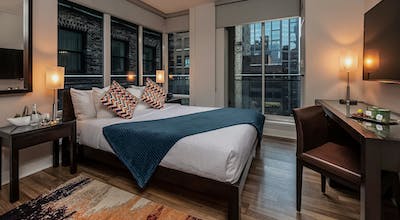 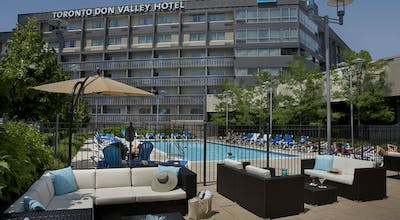 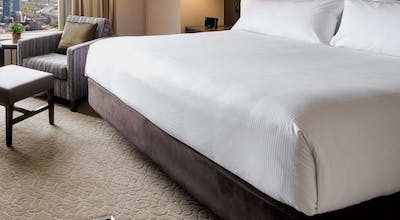 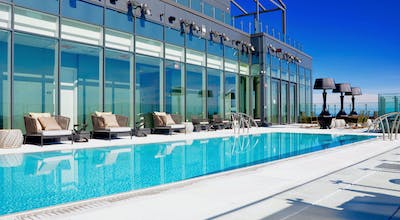 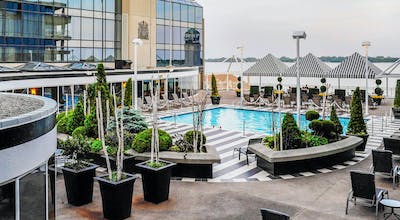 Tonight’s Hotels Under 91 US$ 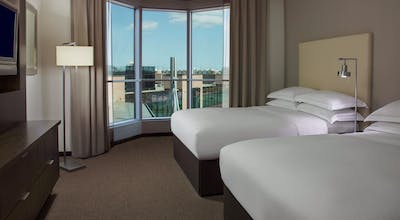 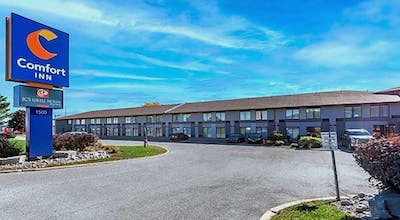 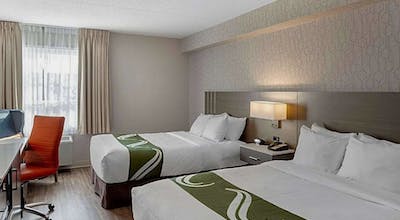 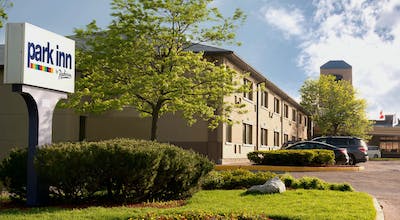 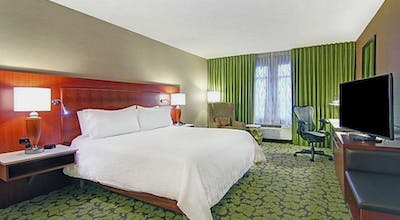 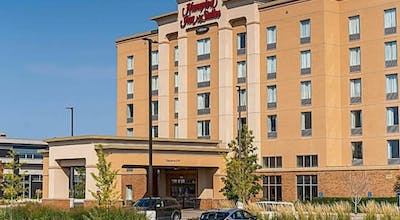 What Guests are Saying About Toronto 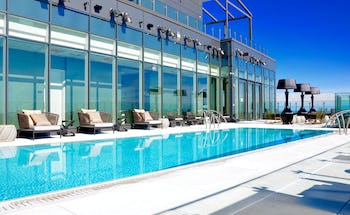 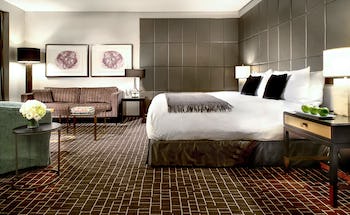 118 Yorkville Avenue, Toronto
99%
liked it
(
305 valoraciones
)
Wow- service was incredible!!! Definitely a deal off of the app as reg pricing seems to be a few hundred more every time I checked. Standard rooms are amazing and during weekdays or non peak times you... Show More
Thomas W. 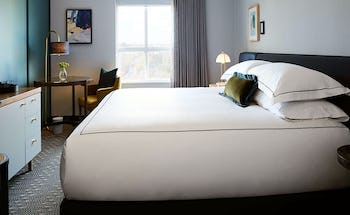 280 Bloor Street W, Toronto
97%
liked it
(
354 valoraciones
)
The shower is amazing compare to other hotels. Over all each element is solid from decoration , faucets and furniture. Not like some hotels only look high end once you are in it you can feel the di... Show More
Keke Z.

Toronto bound? We got you. This Canadian metropolis is one of the most diverse and vibrant cities in the great white north. (Maybe even the planet.) Plus, it’s rocking some pretty sweet hotels. From chic urban hot spots featuring handsome cigar-lounges to stylish boutiques stunting 360-degree rooftop views — we know a thing or two about Toronto hotels.

Popularly known as “The 6” (thanks, Drake) Toronto is the ultimate variety show in the shape of a city. Whether you’re admiring the skyscrapers like the iconic CN Tower, bar hopping in the Distillery District, picnicking in High Park, taking a trek to Niagara Falls, or catching a Raptors game — Toronto has plenty to offer and we’ve got hotels to match.

Why We Love Toronto

Diverse people, endless personality, and a culinary trip around the world.

Where to find the best hotels in Toronto, Ontario

Looking for the best last-minute hotel deals in Toronto? HotelTonight lets you book amazing hotels tonight, tomorrow or beyond at incredible rates. Just search Toronto with HotelTonight and find a great hotel at an even better price.

How many hotels are in Toronto?

There are 117 hotels in Toronto available from Hotel Tonight.

What are most popular hotels in Toronto?

What are the best hotels in Toronto?

How much is a hotel room in Toronto?

In the last 30 days, HotelTonight prices in Toronto have been as low as $65.46, though the average room costs closer to $127.2 per night.

What is the cheapest time to go to Toronto?

Our hotels prices have varied throughout the year from $93.27 to $181.78 On average, we've seen the cheapest room prices in April

Which hotels in Toronto have a pool?

There are 45 hotels with pools in Toronto. Some of them are:
The Ivy at Verity
Toronto Don Valley Hotel & Suites
• 92% of HT bookers liked it
The Westin Harbour Castle, Toronto