Where to stay in South Dakota

What Guests are Saying About South Dakota 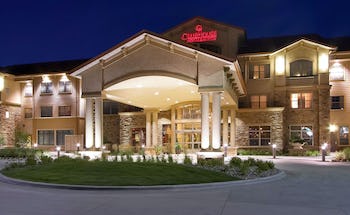 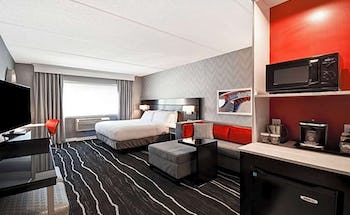 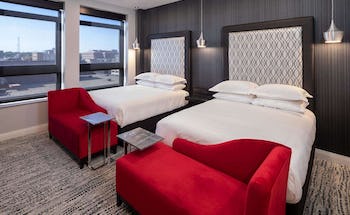 When I travel, I like to simply pick a place on the map and go there to explore. I do a little bit of research ahead of time so I'm not completely lost, but once I hit the road the only piece of technology I have with me is my phone. I live every other day of my life surrounded by laptops, tablets and calendar apps on all of them, and my work life consists of running from one meeting to the next. My vacations are my time, and I'm not going to be governed by any time constraints other than making sure I make my flights. I chose to go see South Dakota for my next adventure, and all I wanted to do was book a South Dakota hotel room on my first night. From there, I'd see where the road took me and improvise.

I pulled out my phone and found an app that helped people find last-minute hotel rooms. It was called HotelTonight, and I opened it and searched for South Dakota hotels. I didn't expect there to be many, but to my surprise there were quite a few available. I was also impressed with the quality of the rooms on display. I chose one that seemed right and booked it, and I could not believe how easy that was. I had my room in a matter of seconds, so there was really no more planning to be done other than that research on interesting facts regarding South Dakota. I knew I was going somewhere quite unique, and I was really looking forward to that. I couldn't wait to get away from it all and get to know someplace that at that point was completely foreign to me.

One of the first places I had to stop was in a little town called Clark. Barely over 1,000 people live here, but I had to get there first. Why, you ask? Because every summer, Clark is home to the Mashed Potato Wrestling contest. That's right--people get into a tarp filled with mashed potatoes and get after each other. Not only are quite a few of the wrestlers serious, but there was quite a crowd there as well. It was unlike anything I had ever seen in my life, but every single person there had an absolute blast. What an experience.

South Dakota and the Corn Palace

Moving on from the Mashed Potato Wrestling contest, I drove into a place called Mitchell, South Dakota. Mitchell is home to nearly 16,000 people, so it was enormous compared to my previous stop. The reason that people stop here is because they want to see the Corn Palace. Yes, there's an entire palace made of more than 3,000 bushels of corn, and it's believed to be the only palace in the world made with this substance. It really was fascinating to see what could be done with a crop that many of us take for granted as we drive by it on the highway.

When people talk about South Dakota, most do not think about beaches or shorelines. There are no famous bodies of water here and there are certainly no oceans. However, I found out while there that there are more miles of coastline in South Dakota than there are in Florida. That's because there is a lake here called Lake Oahe, which is a reservoir off of the Missouri River that runs for over 220 miles. I spent some time on one of the little beaches for an afternoon, and it was quite nice.

South Dakota and the Badlands

I drove past Mt. Rushmore and took that in, and it was a sight to see. However, I really wanted to see the Badlands, as how "bad" could they be? In fact, they were beautiful. They almost reminded me of a mini Grand Canyon the way the layers of rock changed color as the sun moved across the sky. You could see tall grass for what seemed like 100 miles before it ran into the horizon. It's one of those places that's impossible to describe. However, I now understand why it's had such an effect on people who have been there.

Sadly, it was time to head to the airport for my flight home. I had seen some wild and crazy things in this unique state and I was very glad that I had chosen to explore this part of the world. I was also glad that I had HotelTonight with me, as it helped me find South Dakota hotels more than once when it seemed as though I was going to run out of options. I could not wait to tell everyone how much fun it is to spend time here.

How many hotels are in South Dakota?

There are 225 hotels in South Dakota available from Hotel Tonight.

What are the best areas to stay in South Dakota?

Some of the top areas in South Dakota to stay are:
Chamberlain
Mitchell
Yankton

What are most popular hotels in South Dakota?

What are the best hotels in South Dakota?

How much is a hotel room in South Dakota?

What is the cheapest time to go to South Dakota?

Our hotels prices have varied throughout the year from $84.15 to $159.99 On average, we've seen the cheapest room prices in December

Which hotels in South Dakota have a pool?